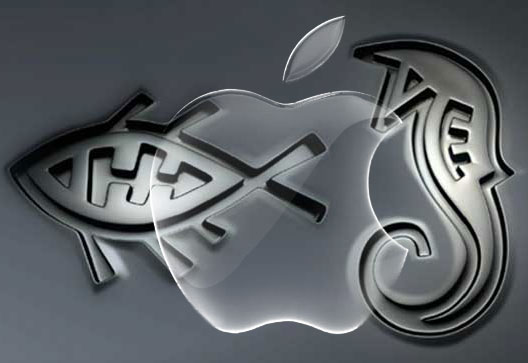 Last week, Autodesk offered a preview of its Smoke software on the Macintosh at the Inter BEE 2009 Conference in Tokyo, where the software was announced at a $14,995 price point – cheap for Smoke, very expensive for Mac-based studios relying solely on some mixture of Final Cut Pro, After Effects, Avid or Nuke.

In the short term, this clearly will not revolutionize video production because it will only reach a select audience who see a clear return on the investment It is nonetheless hugely significant for several reasons, not the least of which is that there is no other software available for Mac that does exactly what Smoke offers: editing and compositing in a single tool optimized for interactive, over-the-shoulder client work.

The question is whether client-attended work is the big deal that it was earlier this decade, or whether Smoke’s true advantage may lay elsewhere.

Because Smoke is on the Mac, the competition on that platform – those other companies whose names start with “A” – will respond in some way or other, even if just to say why it’s not relevant. That was largely the reaction to Autodesk’s announcement earlier this year of Flare, the Linux version of Flame, whose availability was made so limited (only available, at a high premium, to existing Flame licensees) as to make it easy to ignore.

But price is still an issue for Smoke, and there is the question as to why Autodesk didn’t target a direct challenge to Final Cut (or Avid). The answer clearly lies in the company’s desire to maintain a quality reputation by providing responsive and thorough technical support. A mass-market release would be premature for software that has previously only run on very specific systems, and there will be better and worse ways to do it.

If you’ve never been in the same room as a Smoke, you can look at it as a hyrbid: more of an editor than any compositing app (from Flame on down to After Effects) and more of a comper than any of the big editing competition (Final Cut and Avid).

To the casual observer Smoke resembles the Flame, from whence it emerged a decade or so ago, especially in the Action module, where compositing happens. Smoke allows the editor to work with true 3D compositing – including incorporation of a 3D camera track into a node-based workflow – instead of farming it out elsewhere.

Smoke is optimized for media management – an area where Final Cut has never quite made it – and responsive playback, although the Mac version will not initially be as “real time” for editing or delivery as its pricier predecessors.

That’s all important for those client sessions – the question is, does Autodesk hope that many times more of those sessions will be possible with this price drop? I seriously doubt it. The stealth truth about a tool like Smoke is that its users (or “operators”) come to rely on it not because it makes those stressful client sessions go more smoothly but because a responsive, integrated system adds creative possibility, allowing options to be tried and changed quickly.

And that is where the competition had better not overlook this one. Many compositing apps are just fine if you know exactly what you want to do, but all of them are positively excruciating if there’s any editing involved. Editing and comping go together all the time – not just in the final assembly but in the earliest stages of pre-visualizing a project. Pre-vis is all about speed, trying a wide range of options quickly. Autodesk has on their hands a tool that facilitates that process but was too expensive to justify its use for that purpose.

That’s changing now, and once the kinks are ironed out, Autodesk should have the options to re-price Smoke for Mac as competitively as they choose. This would leave the competition – if it doesn’t pay attention and stays in place – to play catch-up, once they figure out that Smoke is not about more and more clients looking over artist shoulders, but rather more artists working more rapidly on their own.

If instead the result is that the competitions responds by making its tools more responsive and versatile – then everybody wins, right?