Silvus Technologies showcased at NAB its new StreamCaster 4400, designed to become a broadcaster’s best friend. The smaller StreamCaster 4200, usable as a camera back ENG, was also on show in Las Vegas. 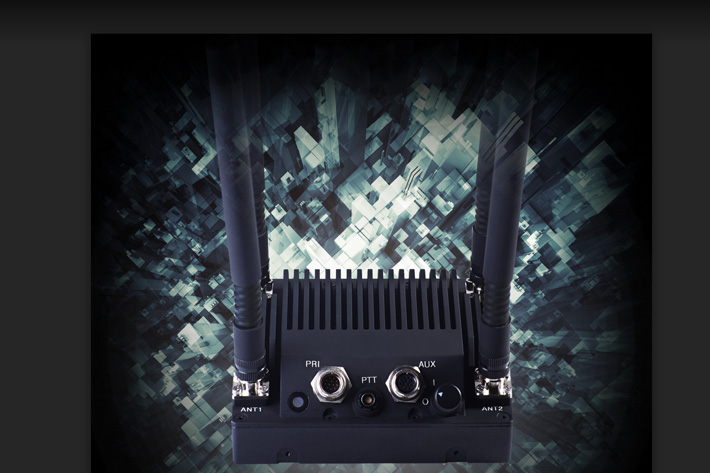 The StreamCaster 4400 from Silvus Technologies is a high power 8w radio that reinvents wireless video solutions with greater range and more power.

Surpassing similar offerings in the market, claims Silvus, the StreamCaster 4400 supports both the BAS and ISM/unlicensed bands (among other frequency options) in a single radio to capture high quality content for incredibly compelling live action broadcasting.  Bi-directional video, audio, data and comms are streamed via IP using an always-on, infrastructure-less, self-forming/self-healing RF mesh network. With an integrated, bi-directional voice comms channel, 64GB of on-board storage and an intuitive, user-friendly interface, the StreamCaster 4400 is designed to become a broadcaster’s best friend.

The StreamCaster 4400 is engineered with unique beamforming ability that has been proven to greatly expand signal range and coverage area. Beamforming automatically focuses signal energy in the desired direction to provide up to 2x increase in range, allowing operators to reduce hardware and eliminate lengthy cable runs while achieving greater throughput with minimal transmission latency.

“Broadcasters wanted solid dependability with flexible mobility in the field. Silvus created the StreamCaster 4400 to meet those needs with a range that is two times greater than before and that operates when other links can break,” says Mark Tommey, Director of Sales, Broadcast at Silvus Technologies. “Considering the fact that you can eliminate the costs associated with recurring network charges, you’re getting a vastly improved performance with a smaller footprint at a very compelling price-point.”

At NAB, Tommey was one of the panelists on the panel, “The Evolution of ENG: Beyond One-Way Legacy Microwave to Bi-Directional IP Newsgathering”. Also at NAB, Silvus demonstrated the Silvus StreamCaster 4200, a smaller, lighter, lower power consumption model ideal for portable applications such as camera back ENG, director’s video assist and live point-of-view sports.