With the launch of the Sigma Mount Converter MC -11 for Sony E-mount, full frame and APS-C cameras, Sigma allows the use of 19 of their Global Vision lenses with Sony cameras. 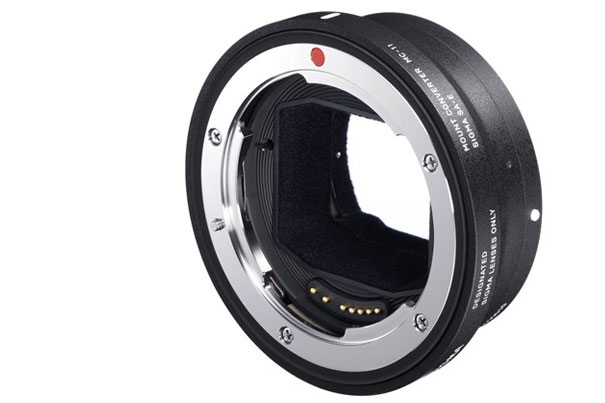 Available for Sigma/Canon EF lenses and Sigma’s own SA bayonet, the new adapter, which costs $249, is a way for the company to see their Global Vision lenses used with Sony cameras.

Adapters are a way to marry different equipment together, and in that sense the new Mount Converter MC-11 from Sigma does nothing different. It was conceived as a way to extend Sigma’s potential market, especially regarding their Global Vision line. A chart published by the company indicates which lenses are compatible with what. At the same time the introduction of the adapter is an indicator that, probably, fewer lenses for Sony cameras will be produced. Sigma hopes that users buy either their Canon/Sigma mount lenses, or Sigma’s SA bayonet and use them with Sony cameras with this adapter.

One of the most interesting aspects of the Sigma MC-11 Mount Adapter is that it maintains full lens performance, including autofocus and auto-exposure, as well as in-camera correction technologies. An integrated LED can be used to display select Sigma lens compatibility with the adapted camera body, and the adapter also supports in-camera image stabilization. 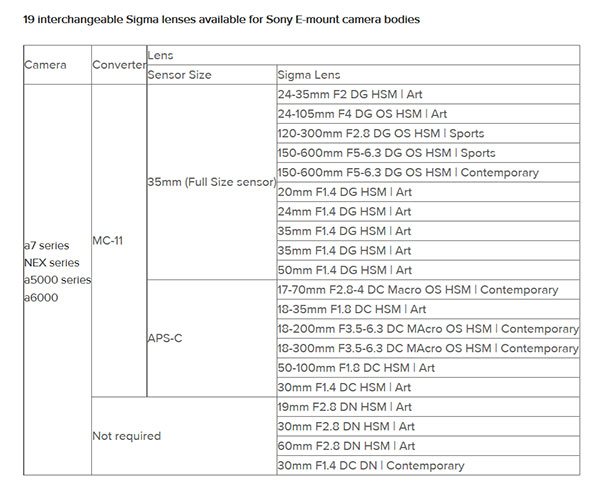 “There are many challenges to designing high-quality mount converter and topping the list is aptly handling phase detection AF in newer cameras and this is where the Sigma MC-11 is groundbreaking in its support for the Sony E-mount systems,” states Mark Amir-Hamzeh, president of Sigma Corporation of America. “The new Sigma MC-11 mitigates complications with a purpose-built lens control data system engineered for maintaining superior AF functionality. So the growing number of Sony E-mount camera users who have been asking for more lens options, now have access to a large pool of lenses that fully embody Sigma’s signature quality and performance.” 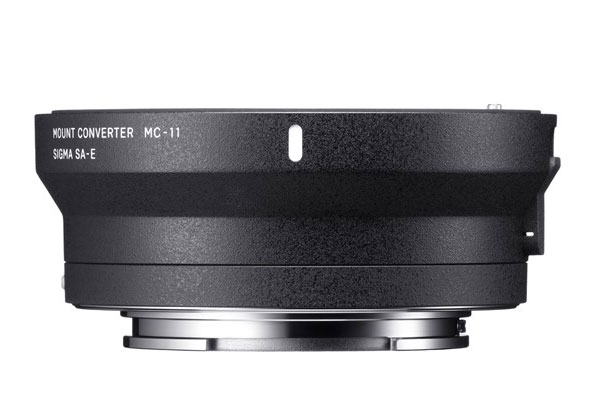 The Sigma MC-11’s LED display lets Sony users know if the attached Sigma lens is compatible and whether or not the MC-11 needs to be updated for that specific lens. Its internal control data system keeps detailed information on each compatible Sigma lens, automatically optimizing performance of AF drive, aperture control and other critical lens functions. The MC-11’s internal control data system also maintains continuity with key camera functions that control brightness and correct transverse chromatic aberration, distortion, and more.

The complete compatibility with both Sigma lens OS and Sony in-camera OS ensures correction of camera shake and other stability issues and when used with in-camera stabilization, MC-11 allows angle shake correction in the lens. The integrated flocking helps prevent internal reflections and reduction in lens performance. In addition, the MC-11 retains important EXIF data, ensuring users can analyze every detail of their lens setting.

The Sigma MC-11 converter can be updated with the latest compatible lens information from a workstation or laptop using the Sigma Optimization Pro software and Sigma USB Dock (sold separately). 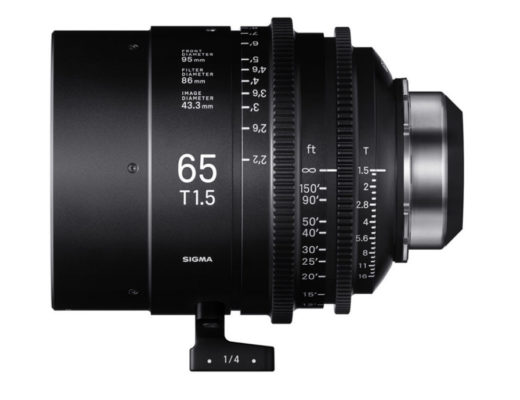 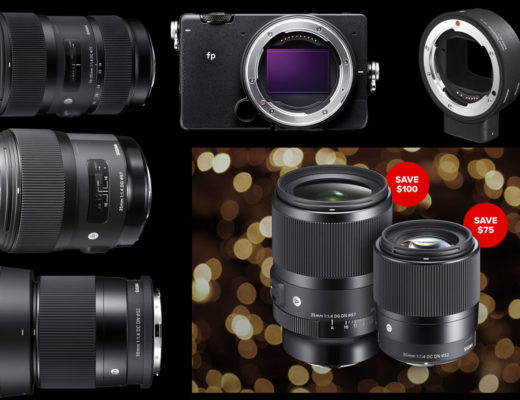