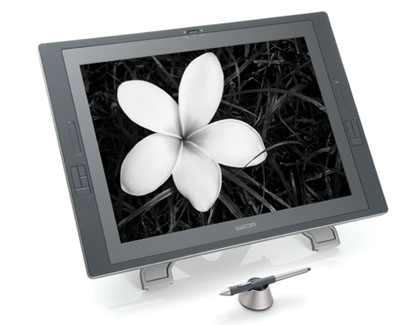 When Sesame Street launched as a children’s television show in 1969, no one could have predicted what a worldwide phenomenon it would become. Inspired by Jim Henson, Big Bird, Grover and dozens of other Sesame Street Muppet characters now reach children in more than 140 countries through all forms of media, including television, books, magazines, home video and the Internet. Overseeing the production of all content – both foreign and domestic – is Sesame Workshop (www.sesameworkshop.org/home), a nonprofit educational organization making a meaningful difference in the lives of children worldwide by addressing their critical developmental needs.

As one of several Creative Directors at Sesame Workshop, Nancy Stevenson specializes in character graphics for licensing, marketing, interactive media, web and community outreach. She and her colleagues in the Creative Services Department are responsible for translating the look of actual 3D puppets into 2D images, the blue-lining of book illustrations, as well as photo shoots and editing photography for video packaging and point of purchase. Most of their work involves vector art using Illustrator®, as well as Photoshop®, InDesign® and SketchBook® Pro.

The workload at Sesame Workshop grows with each new international co-production that requires localized artwork and character interpretations. Although designers had Wacom Intuos®3 tablets, their toolset also included traditional blue pencils and tracing paper. To leap ahead of the technology curve and boost productivity, Sesame Workshop wanted to upgrade to a state-of-the-art platform.

The solution presented itself at a trade show, where designers saw Wacom®’s Cintiq® 21UX LCD display. The Cintiq’s advanced direct pen-on-screen image editing and sketching capabilities were exactly what they needed. Half the design staff is now using Cintiqs, doubling the speed of many tasks and providing new creative techniques.

“Drawing fur and feathers is much easier with the Cintiq,” Stevenson says. “In order to emulate the textures, we need to give the fur and feathers a specific thin-to-thick shaped line,” she says. “The only way to do this efficiently is with the pressure sensitive Wacom pen. Otherwise, it takes hours or even days to tweak and pull anchor points to achieve that look.”

Previously working on a Wacom Intuos®3 tablet, Magner found the Cintiq considerably simplified his process. “Editing photographs on the Cintiq is fantastic,” he says. “Working directly on-screen provides a more intimate and creative experience. You feel as if you’re actually retouching a physical photograph.”

Other designers had similar reactions, including Evan Cheng, Art Director for International and Domestic Publishing, who oversees blue-line corrections of freelance illustrations. “I would go through and actually draw on tracing paper over the illustrations to correct the artwork and make sure the characters were on model and that the perspective worked,” he says. “But it’s much faster with the Cintiq. Plus, you’re not smearing blue-lines you already drew, because it’s digital.” The Cintiqs are easily recouping their investment. “Even though Sesame Workshop is a nonprofit, our ROI with the Cintiqs is increased productivity and workflow benefits,” says Stevenson. “Artists familiar with the Cintiq can whip through blue-lines and concept sketches. I’d say it takes half the time it would take to get tracing paper out, sketch with a blue pencil, and then scan to send files to partners.”

Because of the considerable productivity gains the Cintiq has delivered, there’s no question it has found a permanent home at Sesame Workshop — playing a key role in shaping beloved characters such as Elmo, Big Bird, Grover and Oscar The Grouch for new generations of children. As Cookie Monster would say, “Kowabunga!”

For information about how Sesame Workshop is making a difference in the lives of children all over the world, go to http://www.sesameworkshop.org/home.

For more information on Wacom and Cintiq, visit: www.wacom.com/cintiq/.