Next month’s Entertainment Technology Expo will feature two impressive keynote speakers, the latest to be announced being Jeff Cronenweth, ASC. 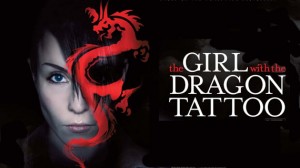 Cronenweth is the cinematographer for David Fincher’s Girl with the Dragon Tattoo. His stimulating visual style on the film is nominated for an Academy Award, as well as an American Society of Cinematographers (ASC) Award and a BAFTA. The Academy nomination is Cronenweth’s second, following last year’s The Social Network nod.

Cronenweth’s career launched at the dawn of music videos, gaining far-reaching acclaim for his work on groundbreaking videos for artists as diverse as U2, Michael Jackson, Nine Inch Nails, No Doubt, Celine Dion, Moby and Macy Gray. He has won MTV, CLIO and MVPA cinematography awards. Cronenweth is known for utilizing dim-lit, close-up, long-shot filming of scenes, as exemplified in Fight Club as well as many of the music videos and commercials he has worked on. “Whether we were inside or outside, we always wanted to keep a shallow depth of field to keep the audience focused on what we wanted them to see,” says Cronenweth of his Fight Club technique.

Also at the Expo, Ed Lantz, founder of Vortex Immersion Media, will share his vision during a unique keynote entitled “Dive Into Immersive Entertainment and the Transmedia Hub” which takes place in the Vortex Dome. Lantz will introduce a number of immersive projects and conversations with content creators and experience-makers that combine live action, VFX, 3D, digital asset management and more.

“We are all looking forward to hearing what Ed Lantz has to say about the future of entertainment and content creation,” notes Kristin Petrovich Kennedy, President of Createasphere. His work is inspiring and thought provoking. Needless to say, we are very happy to be able to present these keynotes in the Vortex Dome, one of the most compelling venues in the city! The day is shaping up to be an incredibly valuable one for our attendees, and a rare opportunity to mingle with thought leaders.”