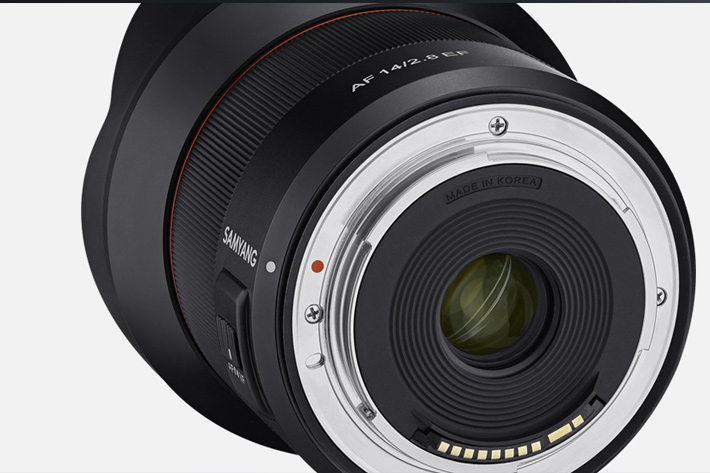 Whether you get your version under the name Samyang or Rokinon, the AF 14mm F2.8EF is the first EF mount autofocus lens, offering Canon users a potential alternative for wide-angle photography.

With a suggested price around $850, which is less than the $2000 asked for the original EF 14mm F2.8L II IS USM from Canon, the Samyang AF 14mm F2.8EF is a more affordable solution, which may interest photographers and videographers on a budget. If the quality is there, something that at the moment is still not possible to confirm, this is good news for Canon users.

Samyang Optics, known for its manual focus lenses, entered the autofocus market in 2016, with  a 14mm F2.8 ED AS IF UMC and 50mm F1.4 AS IF UMC for Sony E-mount, and is now taking its first steps within the Canon DSLR universe, after having expanded the portfolio of lenses for Sony with a AF 35mm F1.4 FE and the “pancake” AF 35mm F1.4 FE. 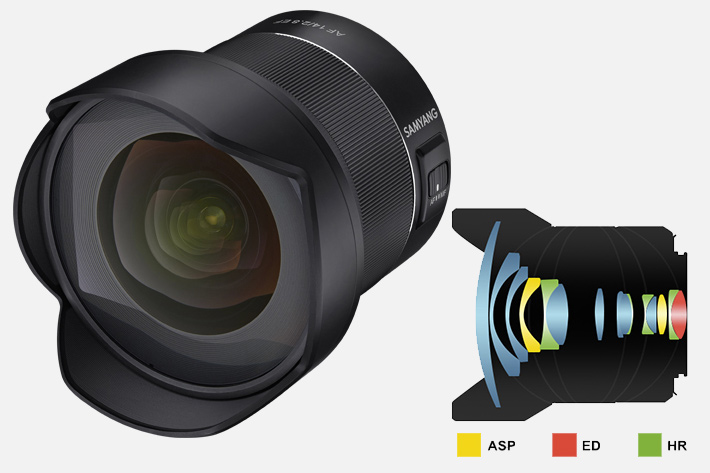 The new lens, which will be available in February 2018, joins the wide-angles recently launched by different brands, offering, yet again, more alternatives to photographers and videographers. From a total of 15 elements in 10 groups, 7 special optic lenses have been chosen in the production of this lens, to maximize the image quality, says Samyang.  The use of 2 aspherical lenses, 4 high-refractive lenses, and 1 extra-low dispersion lens minimizes distortion and various aberrations while producing crystal clear resolution.