Presented as the cornerstone of photographic composition and knowledge, suggested by many to be a thing from the mysterious past, the Rule of Thirds is an invention from 1797.

Religiously defended by some, the Rule of Thirds is often forgotten by famous photographers, from Ansel Adams to Edward Weston, or cinematographers as Stanley Kubrick or Wes Anderson. Does the rule really matter?

Recently, I came across one article “revealing” a photographer had discovered the golden ratio in Ansel Adams’ public domain photographs that were created for the U.S. government. I had to laugh. I always keep in my mind a phrase from Ansel Adams: “The so-called rules of photographic composition are, in my opinion, invalid, irrelevant and immaterial.”  Apparently, many of the people reading the article also laughed, meaning there is a new conscience about the so called Rule of Thirds. 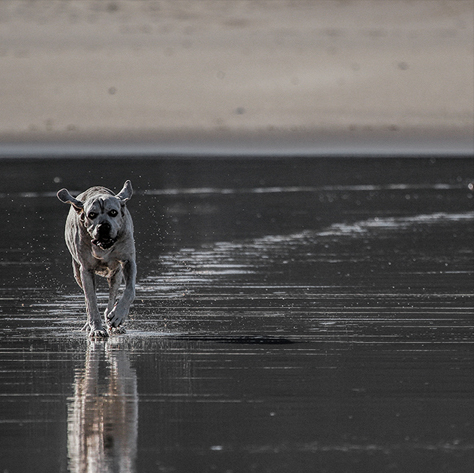 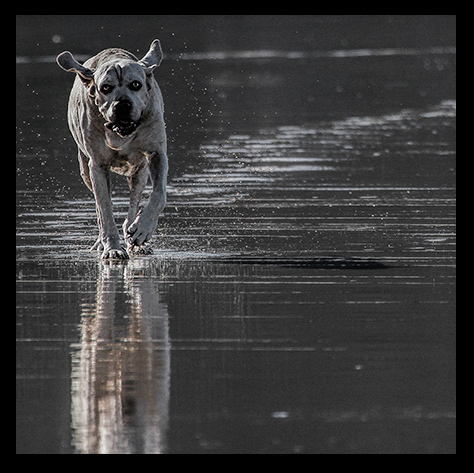 I’ve been guilty of pointing it to others, too, – the Rule of Thirds – but I believe I’ve tried to refer to it as a guide. In fact, I’ve used it to help people run away from the Kodak Rule. The Kodak Rule  – which does not exist, as far as I know –  states that everything should be in the center. It’s not a rule, as you understand, but something Kodak told people in the early days of photography, suggesting them how to frame images that would have to be printed. With commercial printers it made sense, as an area on the edges of images would always be left out of the final print.

The question about the Rule of Thirds is simple: if you’ve a whole frame where you can position your subject, why do you have to limit yourself to four specific points, if you follow it? Does that not limit your creativity? Apparently not, according to some, as the so called rule or guide continues to be present in everything, from magazine articles to photography courses of all levels.

Rule of Thirds: a religious problem

The Rule of Thirds may have its roots in Photography, but its influence extends to moving images. Apparently, authors as Stanley Kubrick or Wes Anderson were or are not aware of its existence, as their work follows the one-point perspective, something I wrote about back in 2015, in one article published here at ProVideo Coalition. I wrote, then, one paragraph that makes sense to repeat now: “Hired by Look magazine, in 1946, first as an apprentice and later as a full-time staff photographer, Kubrick soon revealed a keen interest for storytelling photographs. In 1949, Look published a photo essay, ‘Chicago-City of Extremes’, revealing his talent to create atmospheres. One of the images, of a congested Chicago street at night, shows the passion for the one-point perspective that would become a trademark in his moving images.”

Early this year, Andrew S. Gibson, a photographer and author of eBooks, wrote a note on his blog that caught my attention. Under the title “Debunking the Rule of Thirds” he reveals that “in my ebook Mastering Composition I was careful not to criticise the rule of thirds too much as I’ve received criticism for that in the past. It’s a surprisingly emotional issue and I don’t understand why some people (hopefully a minority) get so worked up about it.”

There is, in fact, a kind of religiousness around the Rule of Thirds. The way it is spoken about, sometimes, makes you feel you’re listening to an initiation rite: you start with the Rule of Thirds, the lowest rank on your photographer career, and as your eye develops – probably in D-76, pun intended – you get to use the Golden Section, the Fibonacci or the Phi Grid… other names for “rules” that analysts try to find on photographs, by drawing various line and pattern overlays over them. The Rule of Thirds – and some of the other “rules”  – are so popular for composing that you’ll find them on photo editors, from Affinity Photo to Photoshop and even online, so you can check if your photos follow the rule. Do they really work? 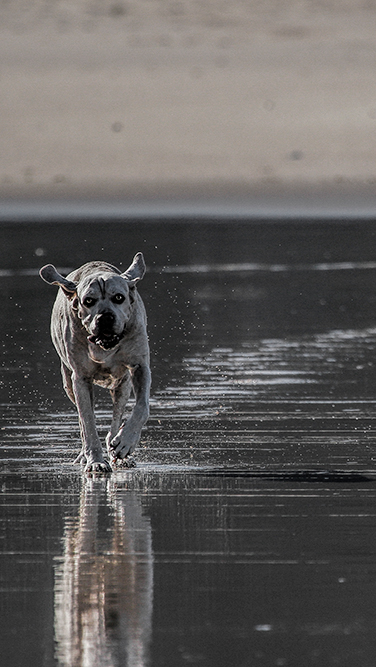 A rule invented by a painter

Some will say YES. Others will doubt. Arnold Newman, credited with being the first photographer to use  the so-called environmental portraiture, to capture the essence of the individual’s life and work, once said this: “There are no rules and regulations for perfect composition. If there were, we would be able to put all the information into a computer and would come out with a masterpiece. We know that’s impossible. You have to compose by the seat of your pants.”

Still, you’ll find multiple articles suggesting that Arnold Newman “used extensively this concept which goes back beyond the origins of photography”. There we go again, to the mysterious past that explains everything. The problem is that, and let’s get back to the present, the Rule of Thirds as such was invented by a painter, John Thomas Smith, in 1797. Continue reading, to find more.

While Andrew S. Gibson states that he is “careful not to criticise the rule of thirds too much”, another photographer, Michael Freeman, well known for his photography and books on composition, says it bluntly: “It’s probably the worst piece of compositional advice I can imagine.” Freeman defends that “we’re doing photography, not engineering, and rules are designed to make things accurate, predictable and repeatable—pretty much the opposite of what you’d want from an interesting, surprising photograph”.

According to Michael Freeman, “this rather silly instruction to make divisions a third of the way into the frame has been followed with mediocrity by artists and photographers who lack imagination. It should be obvious that if all photographs were composed like this, they would just be similar and boring.” Follow the link to read the whole article and, if you’re not familiar, discover the work of the author.

Michael Freeman words resonate with me, I must say. I’ve been trying to share the same idea with people, and sometimes I feel discouraged, especially when, after a long conversation, they end saying: “yes, but the rule of thirds helps people to create better photos”. It doesn’t. Here I am tempted to adapt something photographer Mike Spinak wrote: “the only thing the rule of thirds accomplishes is transmuting art into lead.”

Still, there is hope. Well known photographer Joe Cornish published, in 2016, a series about composition, with one article under the title “Compositional Controversies – Rule of Thirds; Golden principle, useful guide of strait jacket?”. In it he says that “The Rule of Thirds (RoT) may well be the best-known, most-loved and revered, and equally hated and reviled ‘law’ in art and photography. There is plenty written about it, and some of this can be found on the internet… But in my personal opinion, very little evidence exists that it is anything other than a prescriptive hint at the utility there is in understanding proportion, and relationship.”

Back in 2011, photographer Tim Parkin wrote one article under the title “How reliable is the Rule of Thirds?” in which he says ”Rule of thirds, rule of thirds – it’s all we hear from photography magazines, camera clubs and composition guides. According to these sources, the rule of thirds is the prime rule in photography and you should break it at your peril. In this article I aim to rip up this part of the rule book and show it for the misdirected rubbish it really is (it’s acronym is ROT, in case you need reminding).”

The article, published by the magazine On Landscape, continues saying that “composition is more than just aligning a few objects with a simple grid”, and the author adds that “It is probably true that the ‘first guess’ placement of an off centre object with no other context will probably be around a third point (but within quite a large tolerance). However, if we can use a musical analogy (and it’s probably one of the most productive genre to access analogies from) a ‘third’ placement is like a major chord in music and just as a song full of major chords will sound dull very quickly, a picture with just thirds will do the same. I tend to place horizons quite close to the edges of the frame – a rule of fifths would work very well.”

This is, again, an idea I believe many will identify with. In fact, once you move your main element from the center – the Kodak Rule I mention -, if and when it makes sense, you’ll very probably place it around one of the so called intersection points of the RoT, unless you want to move it to the edges, what may be the best choice for some compositions. It all depends on what you want to say with your photograph. Should a mathematical rule define what you want to share with others in a craft like Photography? 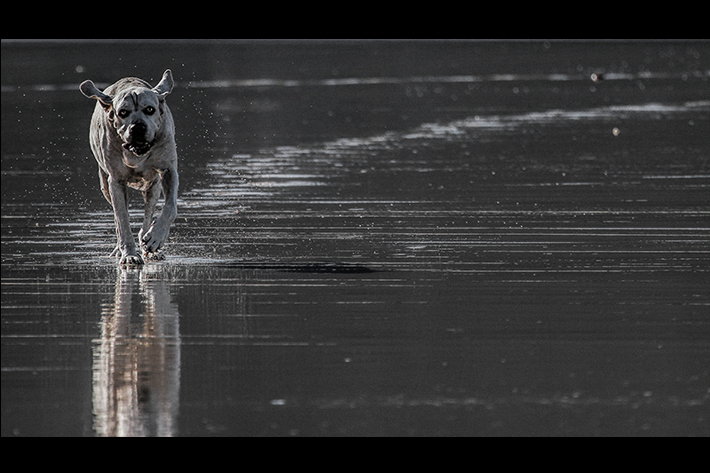 Edward Weston and the laws of gravity

A rule, apparently, created due to a misinterpretation. In his article, Michael Freeman writes how he searched the Internet to find out how the term Rule of Thirds “was invented in 1797 by John Thomas Smith, a painter of little note, misinterpreting the artist Sir Joshua Reynolds, who simply made the point that if there are two distinct areas of different brightness in a picture, one should dominate and they should not be equal.” Again, if you’ve not done it by now, I suggest you read the whole article from Michael Freeman to better understand the whole story.

Is the discussion over? No, far from it. But I hope these notes and the links sugested here help you to break from the mould, or at least look at the RoT with different eyes. Because, as photographer Edward Weston wrote  “consulting the rules of composition before taking a photograph, is like consulting the laws of gravity before going for a walk.” Still, you’ll find online multiple “articles” explaining, with images, how Edward Weston based much of his work in the RoT and the Golden Rectangle.

Throughout this text you’ll see the same image repeated in different ways, departing from the original framing. My aim is to demonstrate that it is possible to frame the same photograph multiple ways. Some will fall within the so called Rule of Thirds, others will not: I never looked at it that way, I used lines and the movement as guides to build the different frames. It’s an idea I always try to pass on to people: a single image contains multiple images, depending on how you frame it. Especially now, with digital images that are so big and allow for multiple crops, it’s an option all photographers have. Give it a try. And please, don’t take my images and try to adjust them to the strait jacket of the Rule of Thirds. 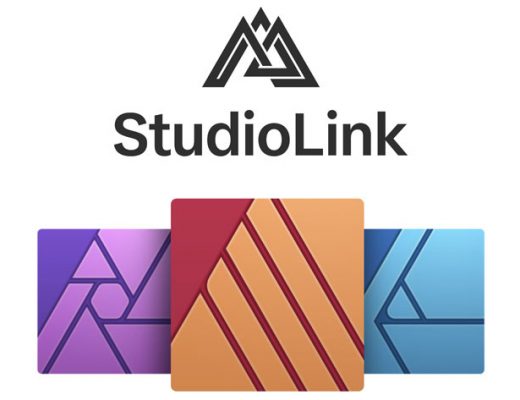