Cinematographer Roy H. Wagner, ASC shot the upcoming musical drama “Stand!” using several URSA Mini Pro cameras for principal photography, along with the Blackmagic Pocket Cinema Camera 4K for select shots. The story of “Stand!” revolves around the general strike that occurred in Winnipeg in 1919, an event that inspired such modern causes as the Occupy movement, as well as many union efforts throughout history. Directed by Robert Adetuyi (“Stomp the Yard”, “Turn It Up”), the movie uses a musical format to tell a “Romeo & Juliet” style love story set in the violent events of the era. Starring Gregg Henry (“Guardians of the Galaxy”), Laura Wiggins (“Shameless”), Marshall Williams (“Glee”), and Hayley Sales (“Deadpool 2”). “Stand!” is slated for release in 2019.

Shot on location in Winnipeg, Roy knew he needed a reliable camera system that would withstand the rigors of location shooting, but also would be easy to use. “This is a camera I’ve done extensive tests with and have found it incredibly competitive with the most expensive camera systems.  The camera crew had never used the camera and yet were able to pull a brand new camera out of its case and have it fully prepped within three days.” 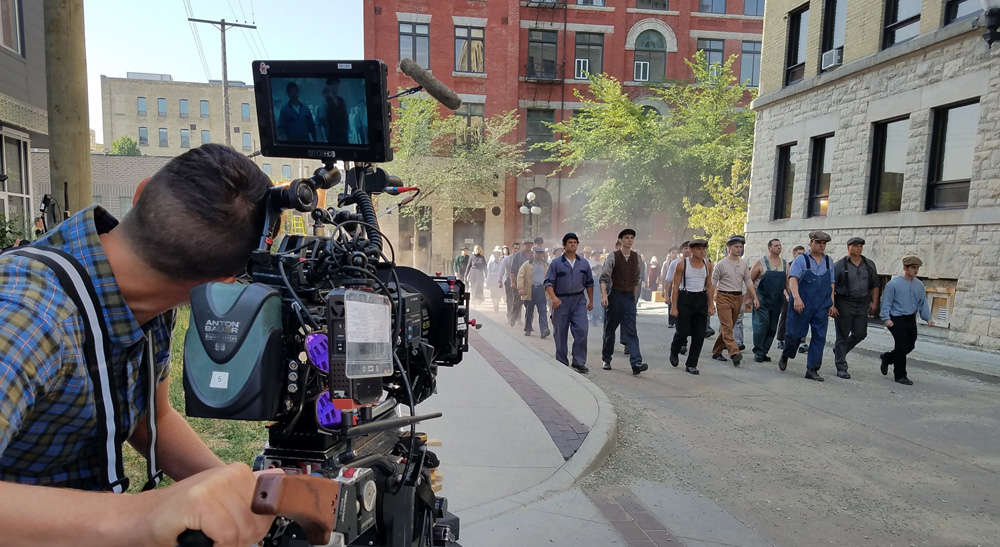 The style of photography called for dynamic lighting contrast, deeply detailed shadows, and brilliant highlights, requiring a camera with enormous exposure latitude. “What amazed me shooting with the Blackmagic URSA Mini Pro,” said Adetuyi, “was that it allowed us to get into low light situations and still capture really thick rich blacks. We went for a very aggressive style, and the images allowed us a lot of latitude for interpretation in post-production. Wagner was incredibly happy with the detail in the shadows. The resolution, the sharpness, the dynamic range will please any demanding cinematographer. We were filming with atmospheric smoke, filming through layers of lace and open weave material that would have caused aliasing with other cameras.”

The project put a high demand on unique imagery, both for its period setting but also its musical style. Adetuyi knew Roy was up to the task. “It was a great challenge to capture 1919 in its fullness, yet tell a poignant and dramatic story. There were a lot of typical issues with time that meant the cameras were under combat style conditions. We never waited for camera problems nor was I ever told I couldn’t accomplish a difficult task. The cameras were incredibly light and small enough to place wherever I needed.  Roy created such beautiful images for this story.”

Wagner’s past work helped him develop a unique style that was not afraid of contrast, yet embraced the story within the imagery. Wagner has driven the visuals of such  diverse and innovative shows such as “CSI”, “House” and “Elementary.” He is a multiple Emmy Award winner, and is a member of both the American Society of Cinematographers as well as being an honorary Fellow in The British Royal Photographic Society. 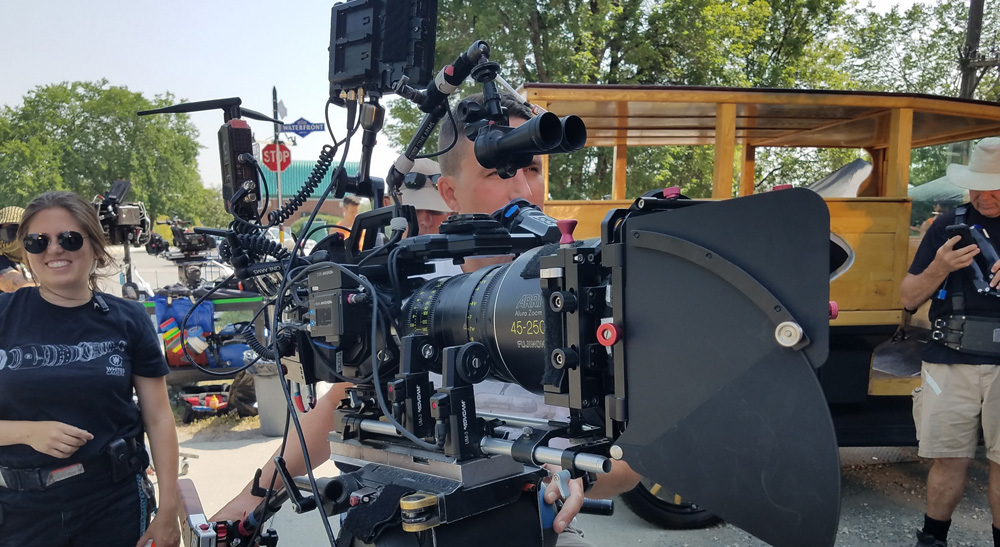 Wagner has seen the transition from photochemical film to digital, and was deeply involved in early development of  high definition imaging, photographing the very first dramatic episodic network television series in high definition, “Pasadena”. While always eager to embrace new technologies, he has not always been pleased with the results. “I’ve done extensive tests with the URSA Mini Pro and knew I was able to let the highlights overexpose and then bring them back in post-production,” said Wagner. “I could expose for the shadows and print for the highlights, which is what we used to do with the photo chemical process. I was astonished at how it reproduces skin tone. I’m not having to use cosmetic rouge on the key light like I’ve had to do with virtually every other digital camera.”

Wagner was impressed with both the image quality and the technology. “Most modern cameras are like using medical devices. I’m having to put a great deal of diffusion in front of the lens, or something between the lens and the sensor in order to protect the actors. That was not the case with this camera. The filtration choices I made were creative.  This camera loves what’s in front of it. This camera gives me a chance to be an artist again,” said Wagner. “It can compete with any camera on the market now. But most of all, I’m excited about Blackmagic Design team because they love cinematography as much as I do.” 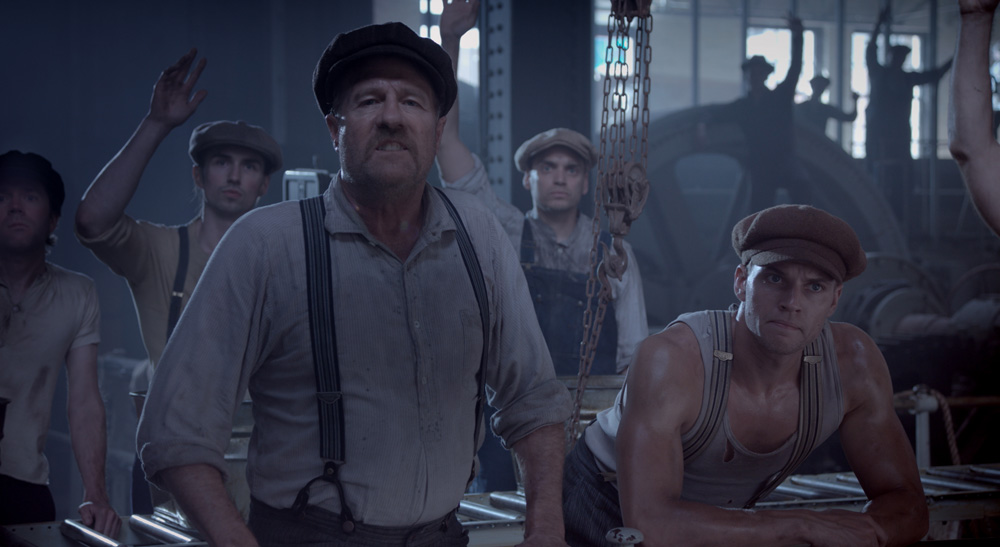