We’ve cages, we’ve gimbals, we’ve everything, but a slider for smartphones is still missing. Well, Rhino Camera Gear launched a Kickstarter campaign for one. Meet the ROV! 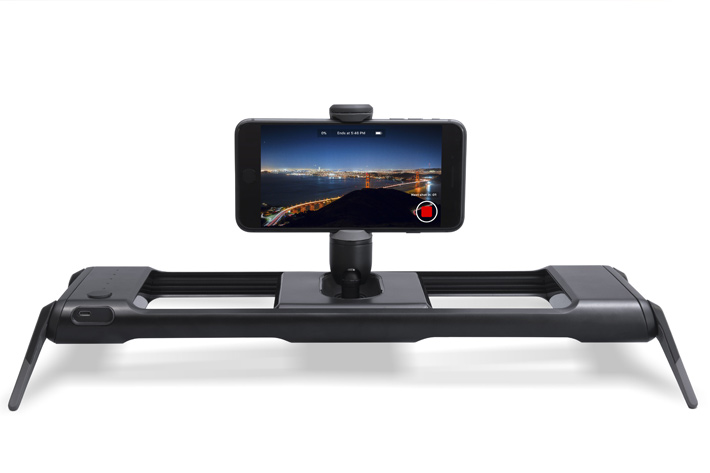 ROV is a motorized iPhone slider that creates moving, professional video with the clap of the hands. The Kickstarter campaign was funded immediately after launch.

Rhino Camera Gear had a $50,000 goal in mind, but soon after launching the campaign there were $79,598 pledged from over 200 backers, and the campaign still has 33 days to go. It makes sense and indicates, probably, that there is a lot of people interested in having a slider for their smartphone. Not just a slider, but a motorized one!

The ROV, as Rhino Camera Gear, calls it, is not just for the iPhone. In fact, the company presents it as “a motorized camera slider for your iPhone/GoPro/Android & DSLR/Mirrorless camera (up to 5lbs)” and adds that “using it is as simple as pressing record and your phone moves and captures cinematic video simultaneously.

A slider for smartphones makes sense and this is the time to introduce one to the market. Rhino Camera Gear says that “ considering there are 200 times more iPhones in use than DSLR cameras and over 700 million iPhones in use worldwide, there are few options for creatives who use their phones to shoot footages.” The company wants to put an end to that, and decided to take it all the way, creating a motorized slider, because “movement is key to amazing footage”.

ROV, a motorized iPhone and small camera slider that creates moving, professional video with the clap of the hands makes the dream come true. It moves your camera as it films to capture fluid, cinematic shots, ideal for content creators who film themselves. Pricing for the crowdfunding campaign starts at $229 USD (retail value $300 USD).

“We’re passionate about making compact, easy to use camera gear, accessible,” said Rhino founder and CEO Kyle Hart. “ROV moves your camera as it films, bringing dynamic movement and a wide range of motion to otherwise static footage. The slider is ideal for marketers, Instagramers, Youtubers who film themselves, or anyone who has a story to tell.”

ROV is compact, easy to use, and fully-automated. Users mount an iPhone on the slider, select a mode, and activate manually or by clapping their hands—a feature that is ideal for when the videographer is also the subject. The slider does the rest, moving the phone or small camera as it shoots dynamic, moving footage. Upon completion, the film can be uploaded to an accompanying app for editing, and shared. 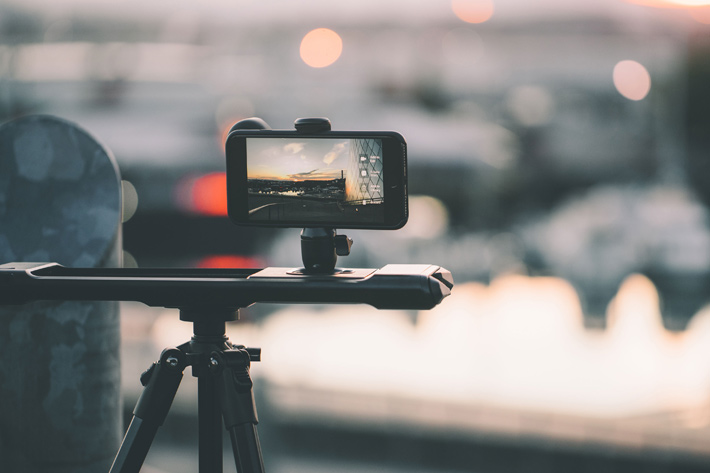 The Rhino Storyteller App can be used with or without the ROV slider and is already available for download. It includes a range of features to polish footage and make it pop. The app’s built-in-editor lets users rearrange footage, trim individual clips, see timeline changes in real time and combine video with music. It also offers full manual control and quick focus, easy time lapse with intuitive set-up and control, and slow motion footage. For the first time ever with iPhone, the app will let users shoot long exposure timelapse, capturing night timelapses.

“Consumers, fans, and social media users are coming to expect the best in production,” said Hart. “The slider, combined with the app’s features, will really let filmmakers bring their footage to the next level on one platform. We can’t wait to see the magic amateur and pro videographers alike create.”

ROV is the first product in a line of consumer gear for iPhones by Rhino, a top-selling provider of affordable, high-quality sliders for SLR cameras. It works best with iPhones 6 or newer, but is compatible with all iPhones. Plans are in the works to develop the slider to support Android in the first half of the next year, when the hardware starts shipping.

ROV by Rhino’s campaign will run until November 21, 2017 with an estimated delivery date of April 2018.