The Rogue Safari Pop-Up Flash Booster extends the range of your pop-up flash, and focuses up to 8x more light on your subject. 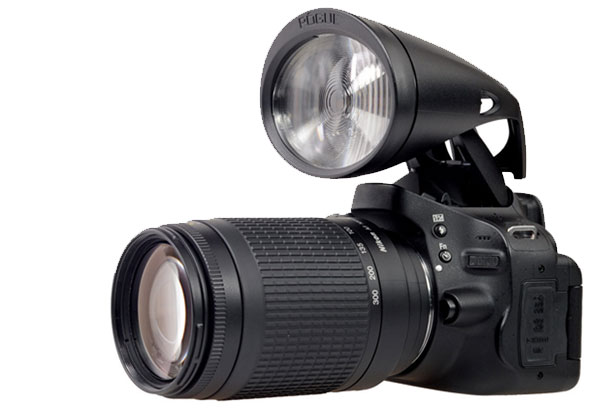 I've always been an adept of the use of the pop-up flash, and now I' one more reason to be happy: there's a unique attachment for DSLR cameras that concentrates light from the pop-up flash for photographing subjects at a distance.

Created by ExpoImaging and introduced with a patent pending, the Rogue Safari Pop-Up Flash Booster is something I want to try and write about as soon as I get my hands on it. It's  a great concept that I truly hope works as ExpoImaging suggests. Because then all those with a pop-up flash on their cameras can laugh a bit more of all the others that do not have a pop-up flash on top of their camera's pentaprism.

I've always believed that it is better to have a pop-up flash than none, and through the years I've explained people how they can use their pop-up flash to do some quite acceptable pictures, going against the trend that states the pop-up flash is rubbish. It isn't, and once you understand you can control it in terms of power and even, with some tricks, the direction of light, you're set to be above other photographers when the lights go down. Now, with the introduction of the Rogue Safari Pop-Up Flash Booster ExpoImaging makes me more happy. Optimized for use with telephoto zoom lenses that are 100mm and longer, the Rogue Safari focuses up to 8x more light (an improvement of up to 3 f/stops) on a subject than a DSLR’s unassisted pop-up flash, and up to 12x more than ambient light.

Those familiar with birds and wildlife photography know the “Better Beamer” fresnel lens flash adapter is widely popular among bird photographers using 300 mm and longer lenses. Well, the same principle applies here, for the small pop-up flash, and for lenses over 100mm.

“Every photographer can think of a time when there just wasn’t enough light to get the shot they wanted, particularly at distances greater than 20-30 feet where the pop-up flash by itself simply isn’t powerful enough,” said Erik Sowder, CEO of ExpoImaging, Inc. “Using the Rogue Safari Pop-Up Flash Booster, it’s possible to light a subject at significantly greater distances, in some cases as far as 60-70 feet away. That extra light can make the difference between a sharp image with good color, and a dark, underexposed missed opportunity.”

The Rogue Safari is optimized to work with telephoto zoom lenses (100mm and longer) on most modern Canon APS-C or Nikon DX sensor cameras. The optically engineered lens captures light from the pop-up flash and narrowly focuses it for lighting more distant subjects, providing photographers of every skill level with increased flexibility to shoot in the most challenging lighting conditions.

“If you’re an avid weekend photographer shooting your kids’ soccer games, or you want to make sure to capture those vacation memories, you’ll be amazed at the amount of light you get from your pop-up flash with the Rogue Safari,” said Sowder. “The Rogue Safari puts out nearly as much light as a $500 accessory flash, except the Safari sells for just $35. At just 2 ounces (55 grams) the Rogue Safari is lightweight and simple to use, and it doesn’t require any batteries,” said Sowder. 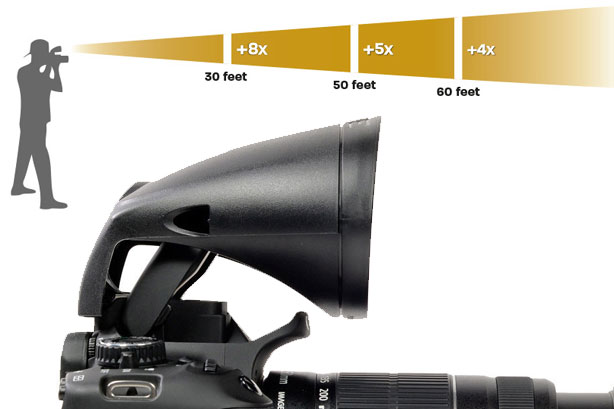 With a flowing design aesthetic, the Rogue Safari looks like part of the camera. It is built to withstand the rigors of travel photography with the lens and body molded from rugged, impact resistant polycarbonate materials.

While the Rogue Safari Pop-Up Flash Booster is compatible with the vast majority of modern DSLR cameras, some older model DSLRs will not accommodate the Safari; owners of models launched before 2007 are encouraged to check the product compatibility chart here:  http://www.RogueSafari.com.

Now, I'll have a Rogue Safari Pop-Up Flash Booster soon to test, and then I'll be back here with some news and pictures to show what it can do. I must say I am already thinking this little booster will find a permanent place inside my photo bag.