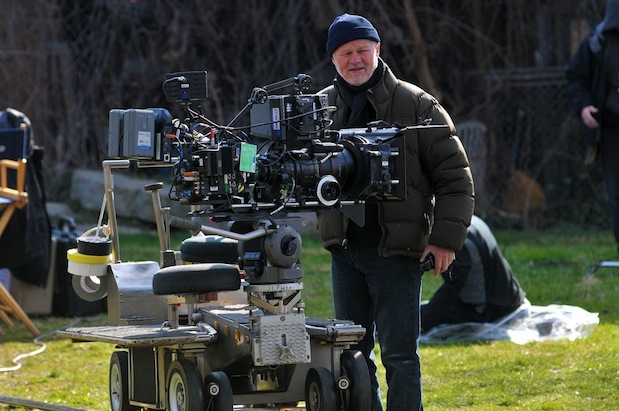 There was a certain irony present when I dialed up my friend, Rodney Charters, ASC, recently to discuss the latest digital camera acquisition trends as we head into NAB 2010. Rodney had just learned hours earlier what he had been suspecting for quite some time-that the hit Fox TV show he has shot for eight seasons, “24,” would finally be canceled at long last. It was a bit of a melancholy moment for Rodney, and for me, since I’ve edited one behind-the-scenes book on the show and penned the fan book for it, as well. (24: Ultimate Guide). Extending the irony, though, was the fact that the show lasted this long despite the fact that Rodney had fought hard the last two years to keep “24” in the film acquisition universe even as most of the rest of episodic television had dived headlong into the transition from film to digital.

Rodney fought that particular battle for specific creative reasons, and as a result, “24” remained more expensive than current financial models like in the network television business, partly leading to the end of its, pardon the pun, day in the sun. Rodney was qualified to make that stand, however, because he was, and continues to be, an expert on digital motion picture camera systems, and felt from extensive, first-hand experimentation that film was the best way to maintain the longtime “24” aesthetic. Now, however, “24” is about to leave the broadcast world, and with it, the “traditional” way of shooting television takes another hit and the modern, digital way makes another leap forward. (OK, the franchise is not totally disappearing-just from TV. It will eventually be a feature film franchise, and it will be interesting to see what format those films will be captured on.)

As that landscape shifts, Rodney will be better suited than most DP’s for whatever his next assignment might be given his familiarity with the latest digital camera systems. Knowing this, I tracked him down even in the midst of his career’s upheaval to find out what he expects to see at NAB, wishes he would see at NAB, and what he expects will likely transpire in the next 12 or so months following NAB. When we spoke, Rodney was just days away from putting Arri’s new Alexa camera through the paces. As you will hear in the podcast that follows, he has high hopes for that system, and provocative thoughts about the current state of the RED paradigm shift, Sony’s important role in the equation, and the massive potential for DSLR technology to further revolutionize an already revolutionary industry, among other topics.

Rodney had so much to say, in fact, that I’ve split up our conversation into two parts. Click below for part I of our discussion, and in a few days, check back here on the NAB channel at the Pro Video Coalition for part II. The full conversation should no doubt provide more than a few golden nuggets of information to help along your quest for information and technology this year at NAB.