The XA20 and the XA25 are the closest cameras yet to fulfilling Beyond AVCHD Manifesto specs. 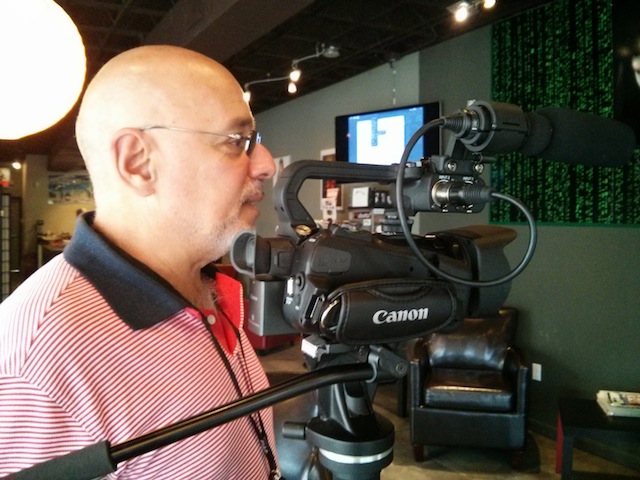 In one of his extremely brief visits to Miami, I met with Ríchard Izarra of PRODU.com, who was debuting his Canon XA20 1080p HD camera. Frequent readers will recall that I previously published how the XA20 (and XA25) are the closest cameras yet to fulfilling my Beyond AVCHD Manifesto specs. Although I haven’t yet received a review unit from Canon, Ríchard gave me initial impressions while I snapped a couple of photos with my Nexus 4.

Before the Canon XA20, Ríchard previously used several other tapeless HD camcorders, including the Canon XA10, and several Sony cameras like the EX1, EX3, and most recently the NX30. Some of these other models continue to be used by other videographers from the PRODU.com staff, which are based in different countries of Latin America. 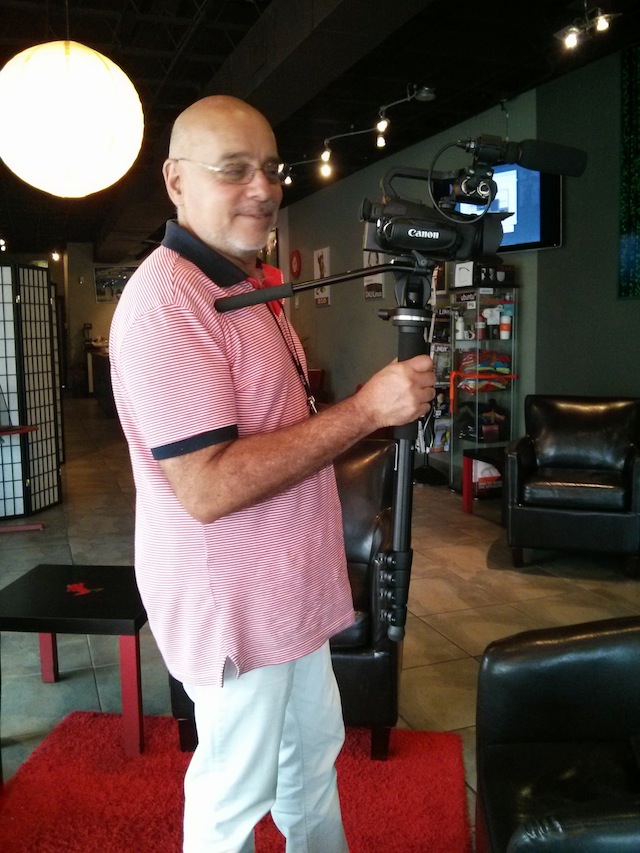 Since he received the Canon XA20, Ríchard records 1080/29.97p in .mp4 (not AVCHD) mode. I was able to confirm visually that (as Canon had previously replied) the viewfinder thankfully indicates the framerate as 29.97p (not the excessively rounded “30p” on some other cameras which misleads some innocent editors to use improper settings in their software). Ríchard is very happy with the XA20, although he still hasn’t had time to take advantage of some of the new features, like the WiFi monitoring and remote on smartphones and tablets. He says that the XA20 has a better, lens, image and a better build quality than the predecessor, the XA10. He also likes the fact that (at least in the .mp4 mode he uses), it solves the Malignant PsF issue that the XA10 records in the so-called “PF30” mode, which I covered back in my PsF missing workflow series, together with workarounds. Fortunately, those workarounds are not required when recording 1080/29.97p in .mp4 mode with the XA20. Ríchard says that the only thing that surprised him (and that he missed) from the XA10 and NX30 was the internal memory. The XA20 has no internal memory and only records on SDXC or SDHC cards.

I am still awaiting the review unit from Canon, and will evaluate it and publish it shortly after.