Has Manfrotto built a better mousetrap? 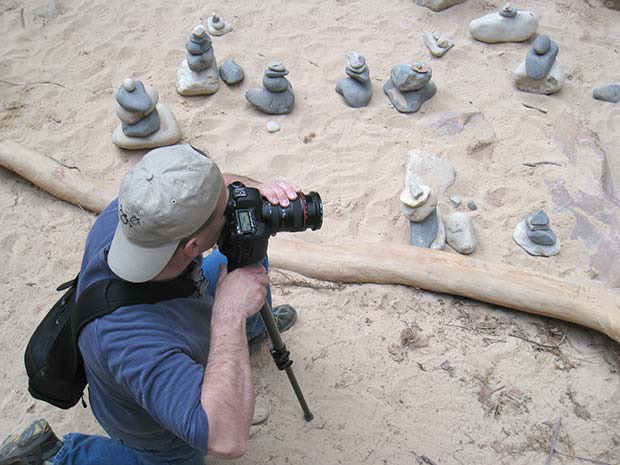 Although I do shoot some studio set-ups, the majority of my photography is a spontaneous reaction to the scenery around me, often while hiking. Therefore, when I'm using a tripod or monopod, I value a head that is both light and that can be adjusted quickly. By the same token, I'd like it to also be rock-solid for when I am taking longer exposure or extreme zoom shots.

We've long owned a Manfrotto 3221WN tripod with 490RC4 ball head, which are great for studio set-ups, but too cumbersome for more spontaneous shooting outside the studio. Therefore, I've been on the lookout for a mobile alternative. To that end, Manfrotto kindly sent me some gear on extended loan to try out, including one of their light duty handle-grip ball heads. After living with this head for several months now, I wanted to share my impressions. 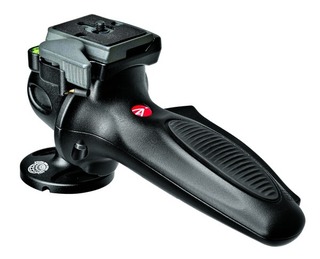 The Specs (In Context)

The 327RC2 weighs just under 1.4 pounds – about twice an inexpensive prosumer head; about half that of a heavy-duty ball head like my 490RC4. It can support just over 12 pounds – substantially more than my Canon 5D mkII plus either of my Canon 70-200 or 100-400 L IS lenses (roughly 5 pounds combined), let alone the 5D's standard 24-105mm lens. Construction appears to be a combination of stainless steel (the hollow ball), magnesium (the grip), and possibly plastic (the tension release lever). Overall, it feels quite tight and sturdy.

The head has the standard 3/8″ female screw tripod attachment, and comes with a 200PL-14 quick release mounting plate with the standard 1/4″ male screw camera attachment (which thankfully has a strong, ergonomic metal hoop for tightening, rather than a slotted or knurled screw). The release has an additional locking pin for safety that I've almost learned to operate quickly with one hand, and its design is not prone to catching like my 490RC4's release unfortunately is. Happily, the rubber surface on the 200PL-14 grips my camera nicely; I've had problems with at least one other brand working loose if I hike any distance with the camera, head, and tripod all attached. The head also sports a circular bubble level in the back alongside the plate release.

Although the handle is set up at the factory to be gripped with the right hand, it is easy to remount the base plate for left-hand operation. Street price is in the $150-200 range.

With an ordinary ball head, the camera plate mounts to a post extending up from the rotating ball. To aim the camera, you typically grip and move the camera body. Ball heads typically may have one or two adjustment knobs; common is separate knobs to lock position, and for unlocked tension (friction) when moving the camera.

Here is a Manfrotto-produced video that quickly shows how the head operates, as well as how to change it over for left-handed operation:

The immediate advantages of the handle grip are how fast it is to move to and lock in a new position (no time spent loosening and tightening the lock knob, or leaving the head unlocked with a high tension and hoping the camera doesn't drift), and the lack of stress you're putting on the camera to reposition it. When the locking lever is released, the camera is held firmly in position; I had no problem with the camera sagging even for awkward portrait orientations with a long zoom lens attached. There's not much more to say about that: It works, both fast and well.

The disadvantage of the handle grip system is you now have this handle sticking out to one side, potentially getting in the way. When I'm shooting in landscape orientation, it's no problem at all; I'm quite comfortable focusing and zooming the lens with the left hand while tilting and panning the head with the right, as shown in the figure here below. I then find it a simple matter to move my right hand to operate the shutter controls. Those shooting live action (particular with prime lenses in autofocus mode) may prefer to set up the handle on the left for tilting and panning, so they can keep their right hand on the shutter controls for quicker shots. 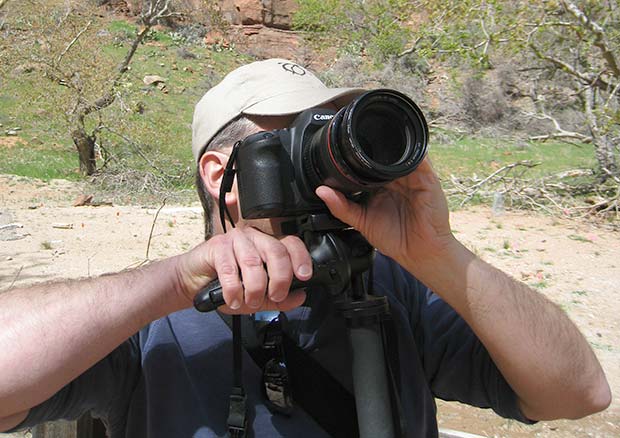 Portrait orientation is trickier. To achieve this pose, you must tilt the camera in a way so that the handle is pointing upward (otherwise, it would hit the tripod) – where it is prone to collide with the brim of a hat, by the way (that's why my hat is on backwards in the photo up top). If the camera body itself is mounted to the plate, the handle is also now somewhat in the way of reaching the shutter controls with my natural right hand. If I am using a lens with its own mounting shoe – such as the 70-200 or 100-400 mentioned earlier – then the camera back and associated shutter controls are shifted behind the handle, and these issues mostly go away. It also took me awhile how to learn how to coordinate the ball and the handle rotation to be able to tilt upward in portrait orientation. With a posed shot, there are not huge problems; with more spontaneous shots, the extra second or two required to think through these issues can be annoying.

Another small issue is that I found the tension lever to be rather stiff, at least fresh from the factory. This has the potential to induce hand fatigue if you're setting up a number of poses rapidly, and I imagine may be more difficult to operate for those with less gripping strength. That said, with extended use, I have found the lever easier to squeeze.

The amount of time I spent above discussing pros and cons do not accurately reflect how I actually feel about the Manfrotto 327RC2 Handle-Grip Ball Head – I'm actually very, very pleased with it. It is indeed a better mousetrap: For most setups, it is far quicker to use (squeeze, point, and let go), and also gives the user a lot of confidence that the camera is truly locked into the desired position (just release the lever; no fiddling with a lock screw, wondering if it's tight enough). And in typical Manfrotto manner, even the small ergonomic details are well thought out. The tradeoff is a little extra thought is required to achieve some poses (particularly in the portrait orientation), and the handle inevitably adds a touch of weight over a straight ball head – but intelligent use of materials such as the hollowed-out stainless steel ball helps reduce the weight penalty.

For those who are working with smaller or lighter cameras and lenses (not to mention a lighter wallet), you might also check out Manfrotto's 324RC2 Handle-Grip Ball Head – it weighs just over a pound, can hold over 7.7 pounds, and has a street price in the $110-150 range, placing it not much over a generic prosumer ball head. I myself am considering a 324RC2 plus carbon fiber monopod as my “ultimate” hiking setup.