I set out to discover what tools one needs to shoot the best footage possible with AJA’s Cion. I wanted to discover how to help the camera’s contrasty image look more cinematic. 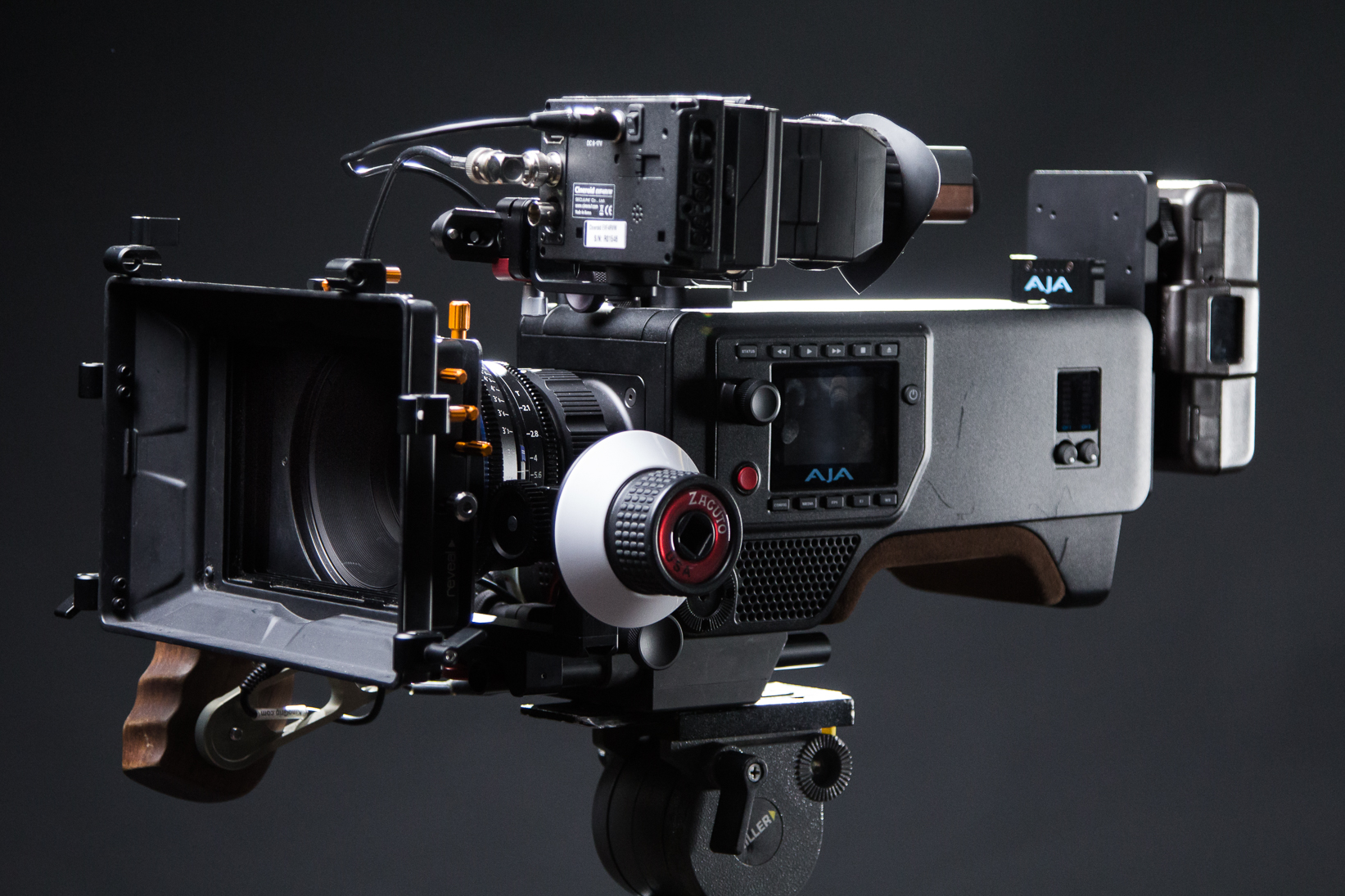 Nearly two years ago AJA announced the 4K Cion. In these first months the camera looked seriously promising yet as time passed, and new cameras were announced, the AJA Cion suffered. There was much AJA got right in the Cion and there was much where AJA missed the mark. Do these “missed marks” make the Cion a terrible camera? I’m not so sure. I feel this camera, and many cameras, have a place in the market no matter how popular or unpopular they may be to the masses.

For an unprecedented amount of time AJA loaned me the Cion. I wanted the extra time because some cameras have a learning curve, and make no mistake the Cion has a learning curve. I like to think a shooter, or DOP, needs to learn what situations a camera shines. So, I set out to discover where this camera shines. 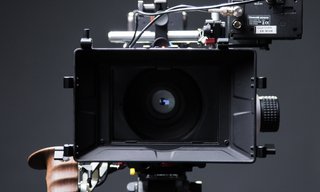 First, why should we look at this camera? Well, the cost of the Cion system has become a whole lot cheaper. When the camera was announced its suggested price was $8995.00. Now, the camera sells for $4995.00. Media was originally considered expensive, but in the current landscape an AJA PAK 256GB SSD costs around $495 which is nearly $200 cheaper than a 256GB Cfast 2.0 card. If you’re someone who already owns a handful of CFast 2.0 cards don’t fret AJA makes an Cfast 2.0 card adapter priced at $99.00. Originally the camera only had a PL lens mount as an option, but thanks to MTF Lens Adaptors an owner/operator can adapt the camera for Canon EF, Arri Bayonet, Nikon G, and Canon FD. For a 12-bit color Apple ProRes 444 capable camera with a global shutter the prices and options definitely look interesting.

The Cion, in a few of its picture settings, has less dynamic range than many desire. This is, I feel, why many have negative feelings about the camera. I get it, we all want whatever camera we buy to shoot fantastic footage. So how do we take that harshness out of the image and make it more cinematic? Time to turn to the tool kit. I used everything from old diffusion filters, contrast filters, vintage soft filters, vintage lenses, and even pantyhose behind the lens. All to find the recipe to help the AJA Cion look amazing. Here’s what I found.

My Favorite look was using Christian Dior pantyhose behind the Zeiss CP.2 50mm AJA sent with the camera. The pantyhose behind the lens added a pleasing flare to the highlights. If I were to shoot the same scenes clean the highlights would look too digital. By adding the soft flare from the pantyhose those flares looked more cinematic to me. To show this effect I shot an entire music with the single lens AJA sent, the Zeiss 50mm, and Christian Dior pantyhose. The artists, You Knew Me When, and I took a few hours on a Saturday to shoot the video. We shot 4K 444 12bit and 422 10bit for all of the video. Lucky for us the sky stayed over-cast which plays well with the lower dynamic range AJA Cion. The video below is the 1080 version with a single pass for color correction. A finer tuned 4K version will be available soon.

In the music video I shot nearly all of Cion’s picture profiles. I found on all, but Expanded 1, when color grading these images I needed to lift the shadows to find the best looking image. This is different from many other cameras. With other cameras I tend to bring down the shadows since I usually shoot a log file. In many ways this can be what causes many to not favor the Cion. We’re all used to introducing noise when lifting the shadows during color correction. I know, with other cameras, I’ve learned this lesson the hard way. The AJA Cion can be the opposite. 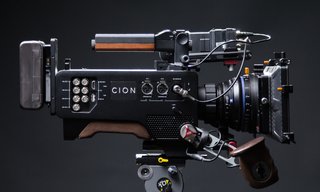 Another way to soften the image out of the AJA Cion can be shooting with vintage lenses. Older lenses tend to have lower contrast and more flare than new lenses. Plus, the PL mount on the AJA opens up a larger selection of cinema lenses than say an EF-Mount only camera. At a cheaper rental or purchase rate vinatge PL lenses can be sourced pretty easily.

I shot a few scenes with Contrast Visuals’ Angenieux 25-250. The range of this lens is damn near perfect for most settings. Outside, on a partly cloudy day, this lens paired with the AJA Cion worked out well. The lower contrast found in the lens helped the Cion make a more pleasing image. I shot the video below of the moments following a buddy’s engagement. It’s meant to be something short and sweet. In other words, it’s meant to be sappy. The second video is of a sunrise in Nashville. Shot in 4K at 60fps with the same Angenieux lens.

A few tests I was not very pleased with was testing filters to extend the camera’s dynamic range. These tests did not go as well as I expected. Yes, the diffusion filter added a touch of light to the blacks in the end it just wasn’t enough for me. The Ultra Contrast filter worked the best, but I preferred a lighter weight which didn’t add a ton to the image in the end. Some of the vintage diffusion filters I own made the 4K image look out of focus. I know heavy diffusion will cause this effect, but for me, not what I was looking to achieve. These tests weren’t a complete waste though. I love shooting with diffusion and consider filters one of the many tools we use to bring forward a feeling. My vintage filters definitely gave the image a vintage look. I’m going to have to keep this lesson in my tool kit. 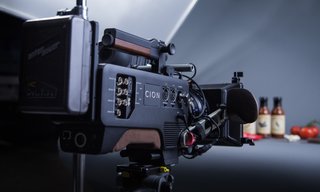 Yet, there are times when a shooter wants the more contrasty and more saturated looked the AJA is very capable of delivering. In a studio, where one can control the fill light is where the AJA shines. I needed to shoot some product shots for a commercial for Drippin Sauce Ketchup. I wanted the red of the peppers and tomatoes to be bright red. Like really red. I wanted to deliver the footage at its best without the need for a length post production. Again, here the images looked best when I lifted the shadows just a touch. Not much at all really. By the way, the Drippin Sauce is only snippets of footage I cut together quickly so you’ll find no music or audio only visuals on the video.

While holding on to the Cion for an unprecedented length of time I was able to discover the camera and its capabilities. If I had a shoot in the studio or where light was easily controlled I tended to shoot with the Cion. Having a camera like the Cion was nice to grab and shoot for an interview. I’d shoot 4K and reframe for our 1080 output. It was easy and easy is what I want as a shooter at times.

In my experience with the Cion I think I found the best Gamma Modes for me. The camera has five gamma modes. Some are better are better than others.  The Gamma modes are: Disabled, Normal, Normal Expanded, Video, Expanded 1.

Disabled, is best if you’re planning on taking your footage through a dedicated color corrector. Did I use it much?  It’s not my favorite. The image starts off way to dark for my taste.

Video setting is perfect for the times when you have to hand off footage and want the most accurate representation of what you shot, but watch out the dynamic range is low with this setting.

Expanded 1 is what I would call the closest to a traditional Log or Film profile with one exception. With the Expanded 1 profile you still need to protect your highlights with a passion, and you get the option to pull down your blacks in post. I shot most of the music video above at the Expanded 1 setting. This setting combined with the net behind the lens made the image its most soft and cinematic.

Here’s when the AJA Cion becomes a bit confusing. Not only does the camera have five different gamma modes it also has four different color correction settings. The settings are: Normal, Flat, Skin Tones, Video. Here’s my suggestion for the color correction, save anything specific for the much bigger GPU found in your computer and not in the camera. I found it difficult to tell much of a difference in a EVF between the subtle changes of color between the Normal and Skin Tones. I loved the Normal setting if only because this was a setting capable of taking a color grade and seeing close to exactly what a shooter was shooting. I shot “Video” mode on the Ketchup spot below. In that situation the video color profile worked well. For the music video I shot flat which worked well to help increase the digital image’s softness.

The Best Camera Is The One With You

When we bitch and complain about how we can’t shoot “x” or “y” because we don’t have the camera we want we’re only getting in our own way. While the AJA Cion might not be the most light sensitive or possess huge dynamic range it is an affordable PL mount camera capable of making some good footage. Take the time to find what works best for your camera whether it be a Canon, Blackmagic, Sony, Panasonic, Red or an AJA. If I were to continue to shoot on the AJA Cion my recipe would be vintage glass and Christian Dior pantyhose behind the lens. This combo softened the image and helped the otherwise harsh highlights flare and look my cinematic. So when the rental house runs out of your old favorite give the AJA Cion and know it is definitely a camera capable of creating great images. 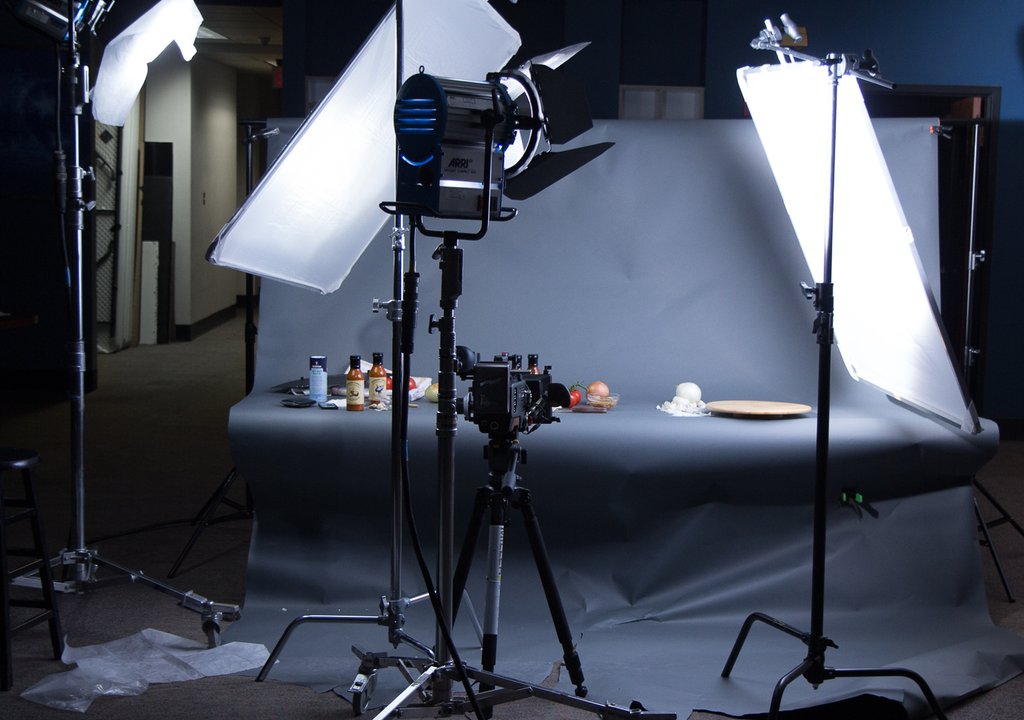