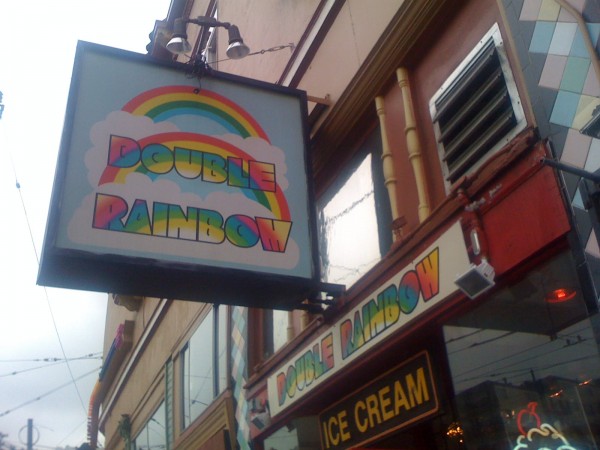 Every day that I cycle from my home into the Presidio I pass through the intersection of Washington and Cherry streets, site of a murder that is the centerpiece of David Fincher’s film Zodiac, a film that fabulously recreated the San Francisco of the 1970’s. Last weekend I cruised Castro Street (not what you’re thinking when you read that) to witness its own fabulous 1970’s makeover for Gus Van Sant’s biopic Milk, about San Francisco’s most famous murder of that era.

There is great irony here: the corner of Washington and Cherry has the timeless quality that goes with old-money upper class neighborhoods, yet Fincher chose not to shoot there at all, instead painstaking recreating the neighborhood as 3D matte paintings and shooting the taxi driver murder in front of a green screen. These allowed them to add period details that perhaps no non-local filmgoer could notice, such as that the street trees would have been 35 years younger – this for a scene that takes place at night.

Castro Street, meanwhile, is as different from its 1970’s self as any vibrant commercial tourist destination would be, and yet for Milk, the filmmakers are going back in time using set decoration: redoing the storefronts that have changed hands (you have to hand it to Rossi’s Deli for appearing virtually unchanged in 30 years) and repainting the Castro Theater, the cinema that is the neighborhood’s visual centerpiece. Hilariously, they have taken the level of detail right down to the real estate listings (in the window depicted below).

In an era when even a romantic comedy has 2-300 digital visual effects shots, what’s up? I’d like to hear your suggestions in the comments, but I think it’s mostly a question of taste, or even what you might call comfort zone.

Yes, the director of Se7en and Fight Club can afford have an artist or two spend a year of their lives working on one effects shot, a time-lapse of the TransAmerica Pyramid being constructed, even though it’s tangential to the storyline at best, so you could follow the money and simply say that Zodiac was a bigger budget film. But locations aren’t cheap, especially in high-end coastal cities.

So this is really a study in contrasts. Fincher makes an investigative drama and can’t help but insert almost-unreal effects and even motion graphics into the story (at one point the letters from the Zodiac killer occur as three dimensional projections all around the offices of the Chronicle). Van Sant, on the other hand, is an old-school actor-centered independent filmmaker, just the kind who really hates green screens and handing over key shots to digital artists. I don’t doubt there will be effects shots in Milk, but it looks like the heavy lifting is happening in “pre,” not post. 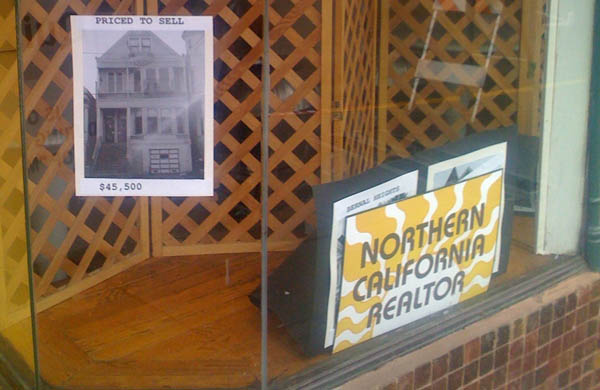