Rogue Gel Bands, are now available in a 5-pack, because photographers are using those rubber bands for more than attaching gels to flashes. 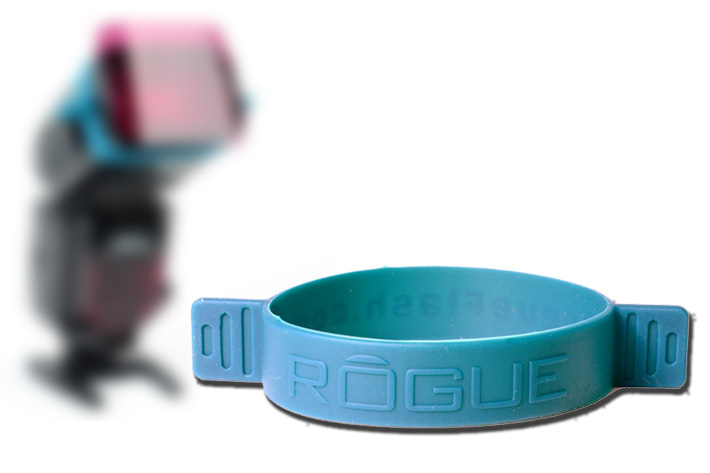 Rubber bands are one item to add to your photographer and/or videographer bag. They are usable for everything from bad weather to keeping your gels over your flash head. Rogue has some rubber bands you may want to try.

A rubber band is exactly that: a rubber band. Still, some are better – or better adapted to certain uses – than others, especially when it comes to imaging. To stop lens creep, for example, a rubber band is a good solution. But to be able to use it adequately, you can not trust a thin rubber band. It’s then that the Rogue Gel Bands show that they can be used for more than… attaching the gels to the flash head.

Lens creep happens with zooms, especially old ones. I’ve a EF 28-135mm that is so old it does not need to be tilted down much before the barrel starts moving on its own. A rubber band fixes the problem. But it needs to be a flat one, meaning not all rubber bands  are adequate for that purpose.

Rubber bands, the flat and large type, are also a viable choice to remove a filter that is stuck. Place the rubber band over the filter and use it, as it offers a better surface to hold the filter. The added traction helps – in most cases – to get the filter out without problems. If you need extra grip, place one or two rubber bands over the lens barrel. 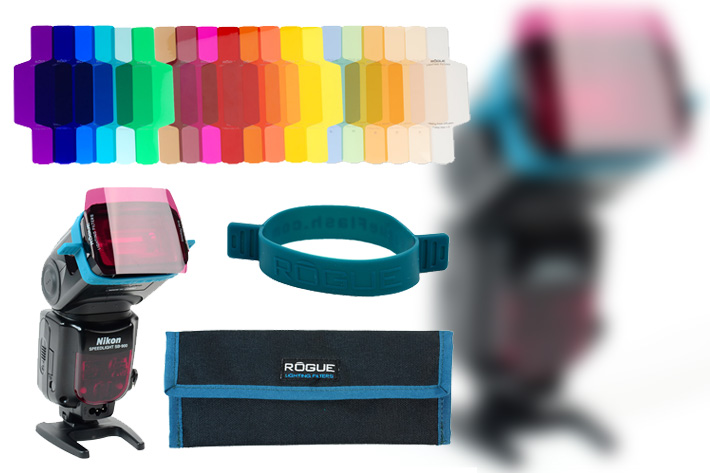 For video, a rubber band is, according to some, the right solution when you need to pan your camera using a cheap video tripod. A rubber band placed over the handle of the head softens the tension at the start and end of the shot.

Photographer Tom Bol, in his book Adventure Sports Photography: Creating Dramatic Images in Wold Places, explains how to use a rubber band for time lapse photography! When caught in the wild without a cable release, something he admits happens many times, he uses a rubber band and a pebble to keep the shutter open for a long period of time. Yes, I know some modern cameras allow you to control all those things electronically, but it was not always that way!

The Tom Bol solution can, obviously, be used in many other situations and with other elements besides the pebble, as many other photographers have described. That’s one more reason to keep rubber bands in your camera bag. But there are more ways to use rubber bands.

A rubber band is also a good protection against the elements… if you get a large enough plastic bag to go with it. Cut a hole on the plastic bag and wrap it around the lens, using the rubber band to keep the bag in place. This setup works better with DSLRs, because the viewfinder shows you what the lens sees. Mirrorless cameras that feed the image directly to the viewfinder also work, but rangefinder type cameras with a direct viewfinder have more problems as you would have to create different openings…

Rubber bands are also great to create your own filters with different translucent materials. Just cut the material used in a size big enough to go over the front element of your lens, and use a rubber band to keep your “filter” in place. It can be anything, even a stocking, for a soft dreamy result. If you want to try this, you better add a pair of stockings to your photo bag. It also works for video!

Rubber bands, in fact, have been associated with photography since very early. The flap shutter, used in 1860s cameras, consisted of two hinged flaps in front of the lens, but also inside studio cameras. The most sophisticated models used a spring or a rubber band to activate the system. The  first single guillotine shutters, also known as Drop shutters, used from 1880 to 1890s were, sometimes, powered by a rubber band. 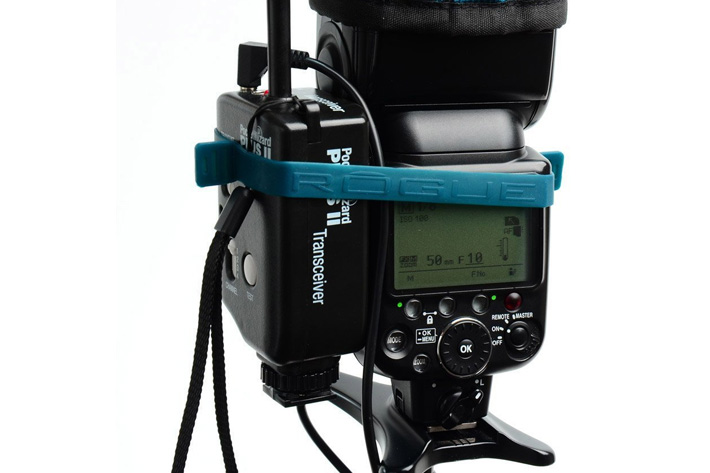 Nothing of this would have been possible if two inventors hadn’t patented their findings on March 17, 1845: Stephen Perry, an English inventor and a Jaroslav Kurash. Both registered the patent in London that some day, suggest some websites. The rubber band, though, already existed, and it can be traced back to the Mayans, who used the sap from rubber trees to create elastic strands to bind things together. No, they did not use them for photography.

The modern rubber bands for photographers take the shape of the Rogue gel bands. The initial Rogue gel bands were black rubber bands with nothing much to separate them from any other but the name Rogue inscribed on them. The new version is blue and has tabs.

The fact that the Rogue Gel Bands are now available in a 5-pack for just $9.95 is the main reason behind this little note. They usually come – even the old ones of which I still have a few – with the Rogue Flash Gel packs, to make attaching the gels easier, but they are useful in many other ways, as described above, so Rogue decided to offer them not just as a replacement for the ones that come with the Rogue Flash Gels, but as rubber bands to keep different things in place. While still being usable to keep your gels in front of your flash or, why not, small LED panel. 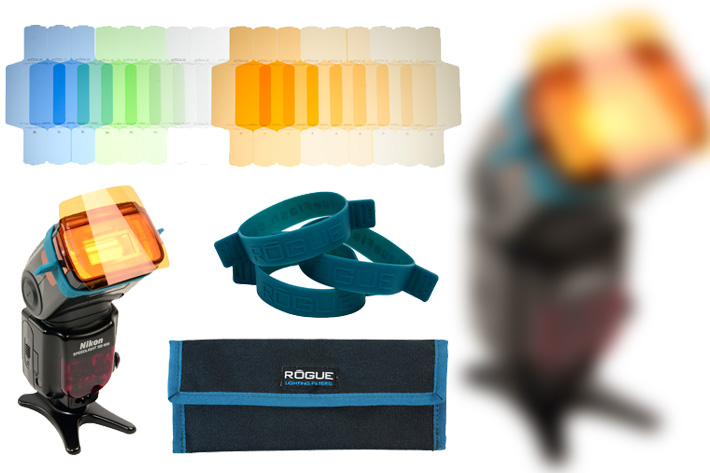 Rogue indicates that these silicone rubber bands with pull tabs, to make attaching Rogue Flash Gels easier, were custom designed (even patented). In fact, they are much easier to place and remove thanks to the handy pull tabs. Which also makes it easier to attach the filters. The bands are super stretchy and work well with flashes ranging in size from the Nikon SB600 all the way up to the Canon 600EX. In fact, they are big enough to be used with zoom lenses like the above mentioned EF 28-135mm, which has a 72mm diameter.

Rubber bands, but of a different kind, can also be used to play music. Yes, music. If you’re into time lapse photography and have to wait around your camera for long periods of time,  you can invest some of it to discover the musical aspects of rubber bands. Use your smartphone and rubber bands to create unique compositions. Don’t believe me? Then listen to what is probably the most popular piece created by the Penguin Cafe Orchestra, called “Telephone and Rubber Band”, from their 1981 album. 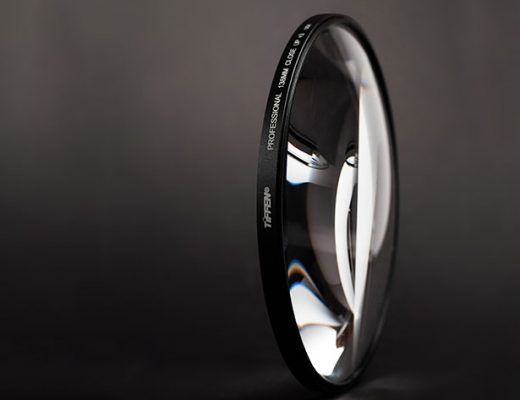 The Tiffen Company has introduced two new 138mm full field diopters to their existing family of close up optics,... 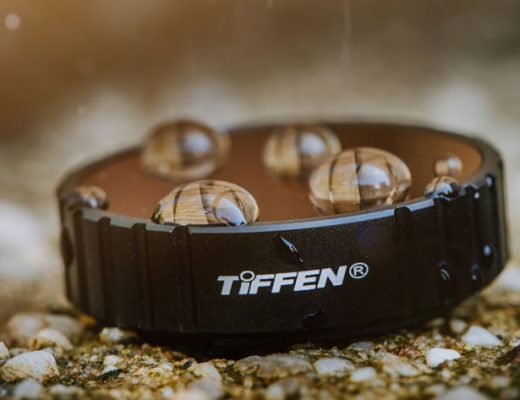 The Tiffen Company has filters kits for DJI drones and also for the DJI Osmo Pocket camera, so it...