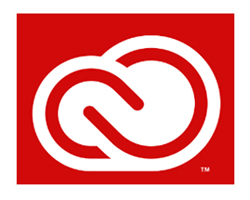 The planned release of Adobe Creative Cloud is June 17, 8 PM PST. For background and overviews, see the FAQ and Adobe TV. 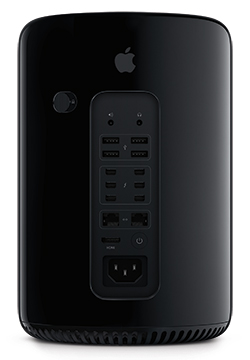 Apple previewed the new Mac Pro, which included only AMD graphics. For more on the preview, see A critical look at the new Mac Pro by Dave Girard at Ars Technica and The new Mac Pro: the cube comes of age by John Montgomery at FX Guide. The preview generated hand-wringing, as well as questions around GPUs — which were addressed by Adobe's Al Mooney.

The Mercury Playback Engine first focused on NVIDIA CUDA technology then added support for both NVIDIA and AMD GPUs. Premiere Pro CC supports GPU acceleration on both AMD and NVIDIA hardware on both Mac and Window, with a long list of supported cards. The latest performance improvements in Premiere Pro CC and in the OS and drivers bring OpenCL and CUDA performance close to parity, with more improvements on the way. For its part, AMD seems very confident when you look at the Adobe information for the AMD FirePro cards.

Aharon Rabinowitz had An Update on Creative Cloud, after several weeks of community thinking on the matter. Creative Cloud seems cheaper on the whole (see plans and discounts), except for those who rarely update. Next Wave DV noted that Premiere Elements (Photoshop Elements is also good) and Hitfilm were highly capable and inexpensive options for those who insist on a permanent license for new software now, and do not want to spring for CS6 or move further upstream to change platforms. That's below, as well as a comment from the world of After Effects.

Jonny Elwyn posted a quick look at Video Editing Apps: Premiere Pro vs Final Cut Pro X vs Media Composer, and noted that Premiere is the more expensive of the three.

Michele Yamazaki compared After Effects, Premiere, and specialty plug-ins in a new roundup, In Depth: Upscaling or Upsizing Video. Meanwhile, in bicubic sampling for improved scaling and other transformations in After Effects, Todd Kopriva detailed aspects of the long-awaited After Effects CC Layer > Quality menu options. Todd provides pictures demonstrating some test cases and notes that the “bicubic sampling in After Effects should perform better than the related option in Photoshop; the After Effects algorithm preserves over-range and under-range values more consistently and works better (with fewer quantization errors) at extreme scales.” Todd also updated his post on Premiere, some details about scaling in Premiere Pro CS5, CS5.5, CS6, and CC (the real time CUDA option for Export is Lanczos 2 low-pass sampled with bicubic).

SpliceVine recently spoke with Clay Asbury on exporting files and QuickTime and posted Great Exportations. Check out other recent SpliceVine podcasts on compression and related topics:

Bart Walczak of Creative Impatience noted that he's correcting some terminology for his Premiere plug-in. Understanding why can be challenging but rewarding:

'In an excellent recent article on Pro Video Coalition Alexis van Hurkman explained how the terminology which I use in my Power Window filter, and in my Lift, Gamma, Gain tutorial is incorrect. The control called “Lift” should in fact be called “Offset”, based on the way it works.'

In Premiere Pro Tutorial: Using 'Leave Color' & 'Change to Color' to Create Highly Stylized Looks in Your NLE, Robert Hardy notes video tutorials by Andrew Devis on these AE/Premiere effect plug-ins. The results of those effects was, in the olden days, called the “Pleasantville effect.” And in Changing a single color: Three approaches, Jeff Sengstack compared Change Color to similar approaches using the Paint Bucket effect and secondary color correction with the 3-Way Color Corrector. Note that you can also use the Change To Color effect to remove color fringes caused by chromatic aberration, as shown by Carl Larsen in Removing Chromatic Aberration in Adobe After Effects.

Audio101: Learn About Submix Basics and the Power of the Bus by Dave Kendricken noted videos on Premiere Pro and audio mixing by Micha Schmidt. Here's Audio101 – What is a Submix and Editing101: PremierePro – The Pancake Sequence. The Pancake Method was noted in February; Vashi's take is in “The Pancake Timeline” in Adobe CS6: 5 Editing Tips for Music Videos followed by The Pancake Timeline – 3 New Examples):

Premiere Pro (and apparently Sony Vegas) supports AVCHD files. To avoid issues with these file types always use the Media Browser in Adobe Premiere Pro, or use Prelude, to import the footage (intact in original folder structure). An easily surmountable wrinkle was discussed in Importing AVCHD media into Premiere Pro on Mac OS X v10.8 (Mountain Lion). The same issue shows up for FCP X users, and is discussed and solved by Adam Wilt in OS X: Fixing AVCHD media to avoid the dreaded “CANNOT OPEN”, since “OS X is too picky for its own good with AVCHD media names.”

If you're not using Premiere, you might see Tips for Workflow & Encoding AVCHD Video by Jonny Elwyn for a variety of solutions. Here's Adobe's Dave Helmly on Adobe Premiere Pro & AVCHD, which introduced related features 4 years ago:


Please note that this roundup is for quick review and comparison. There is almost always vital information from the originating authors at the links provided — and often free presets, plug-ins, or stock footage too.