Adobe introduced a series of updates to Premiere Pro, and one of them comes through NVIDIA: new GPU-accelerated encoding that translates in massive time-savings. 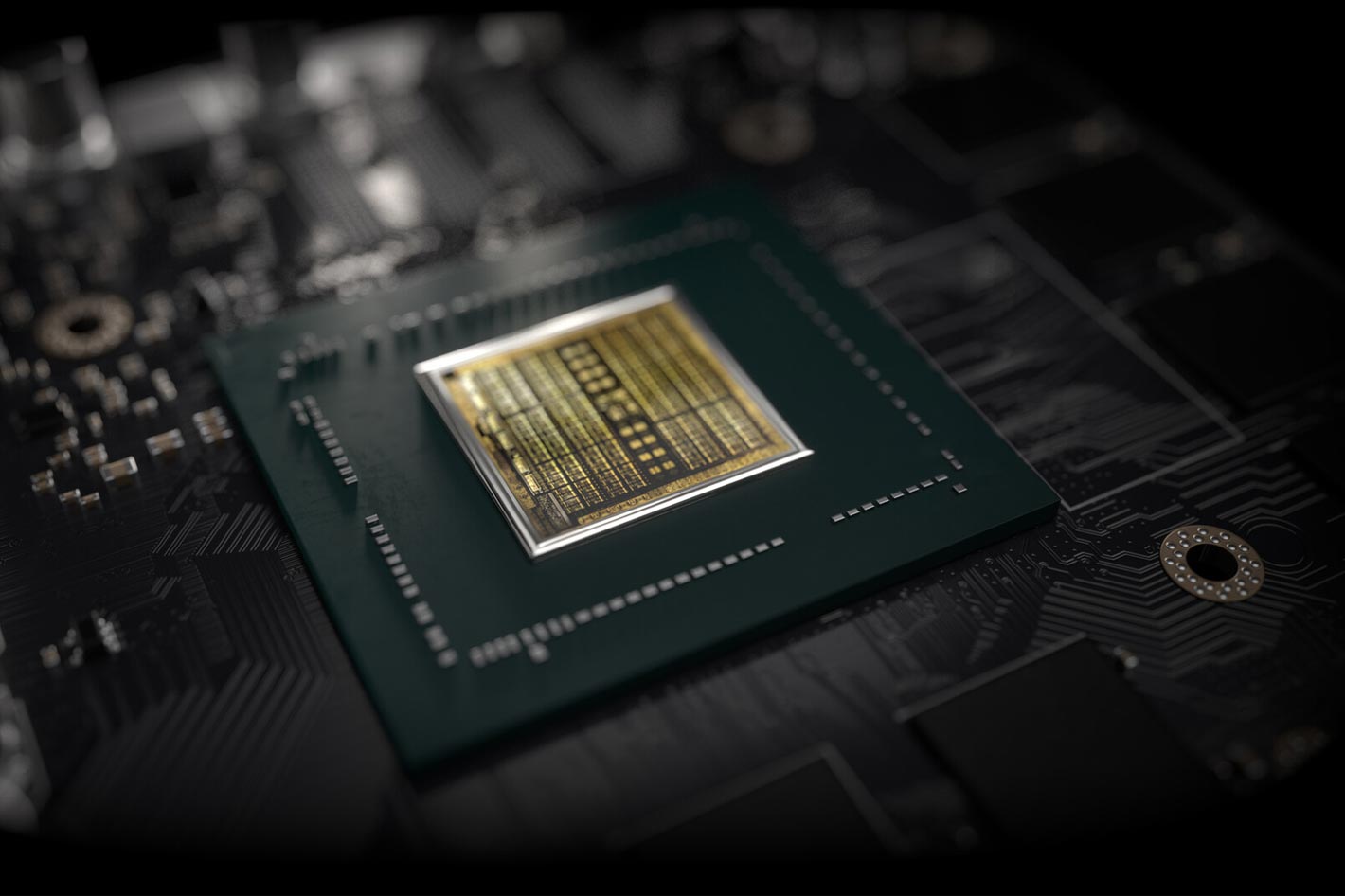 With NVIDIA encoder acceleration in Adobe Premiere Pro, editors can export high-resolution videos up to 5x faster than on CPU. Like  reducing export time from 3:48 to a mere 47 seconds.

With the latest release of Adobe Premiere Pro, 14.2, creators can get new NVIDIA GPU-enhanced features that help them deliver high-quality content faster than ever.  This is good news for all content creators, especially at a time when so many people are working from home, and video editors are being challenged to deliver content in new ways. Many are using footage shot at home or getting creative with stock footage to meet the demands for fresh content. 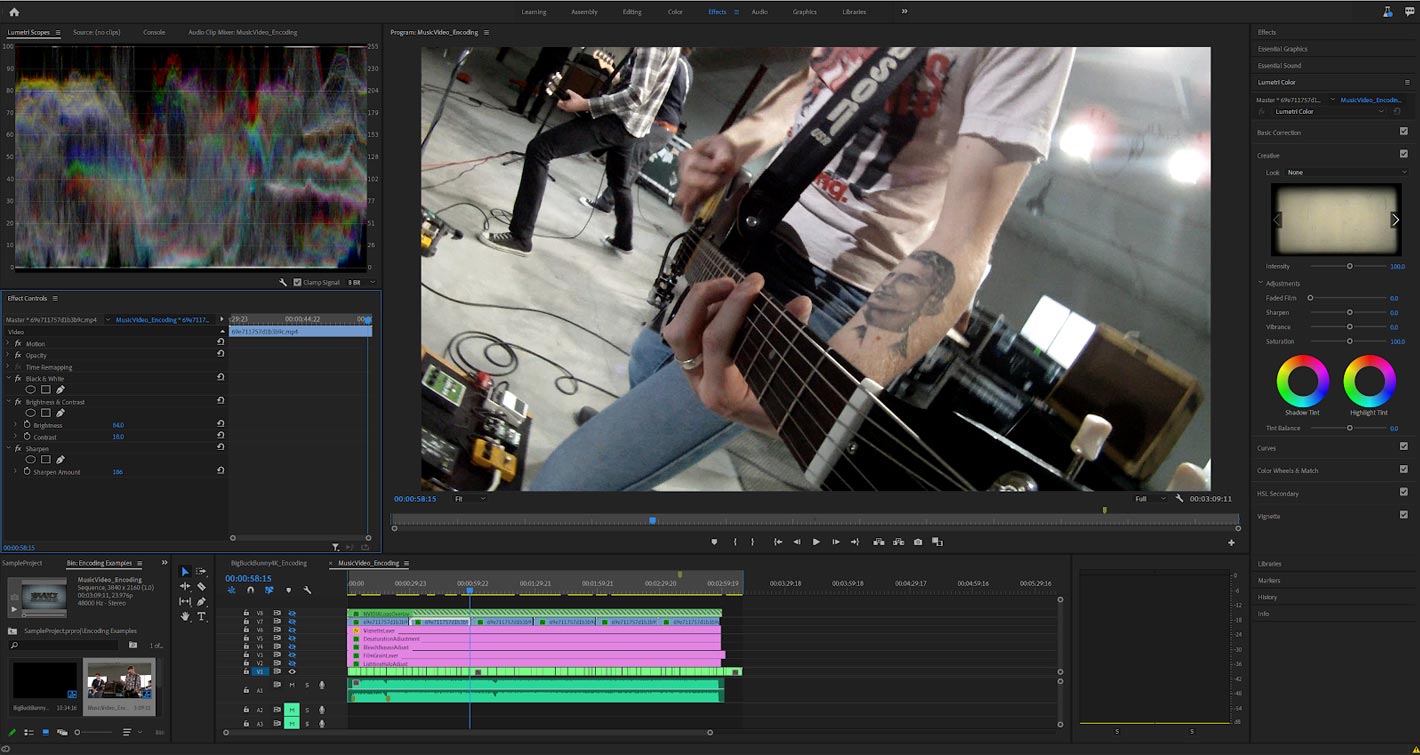 “I’m often required to export multiple versions of my videos. Sometimes to submit for approval, but mostly I just prefer to error check the final render instead of playing back the timeline,” said YouTuber Gerald Undone. “With NVENC integration into Premiere Pro, I can do this step in a third of the time, which should equate to dozens of hours saved by the end of the year.” 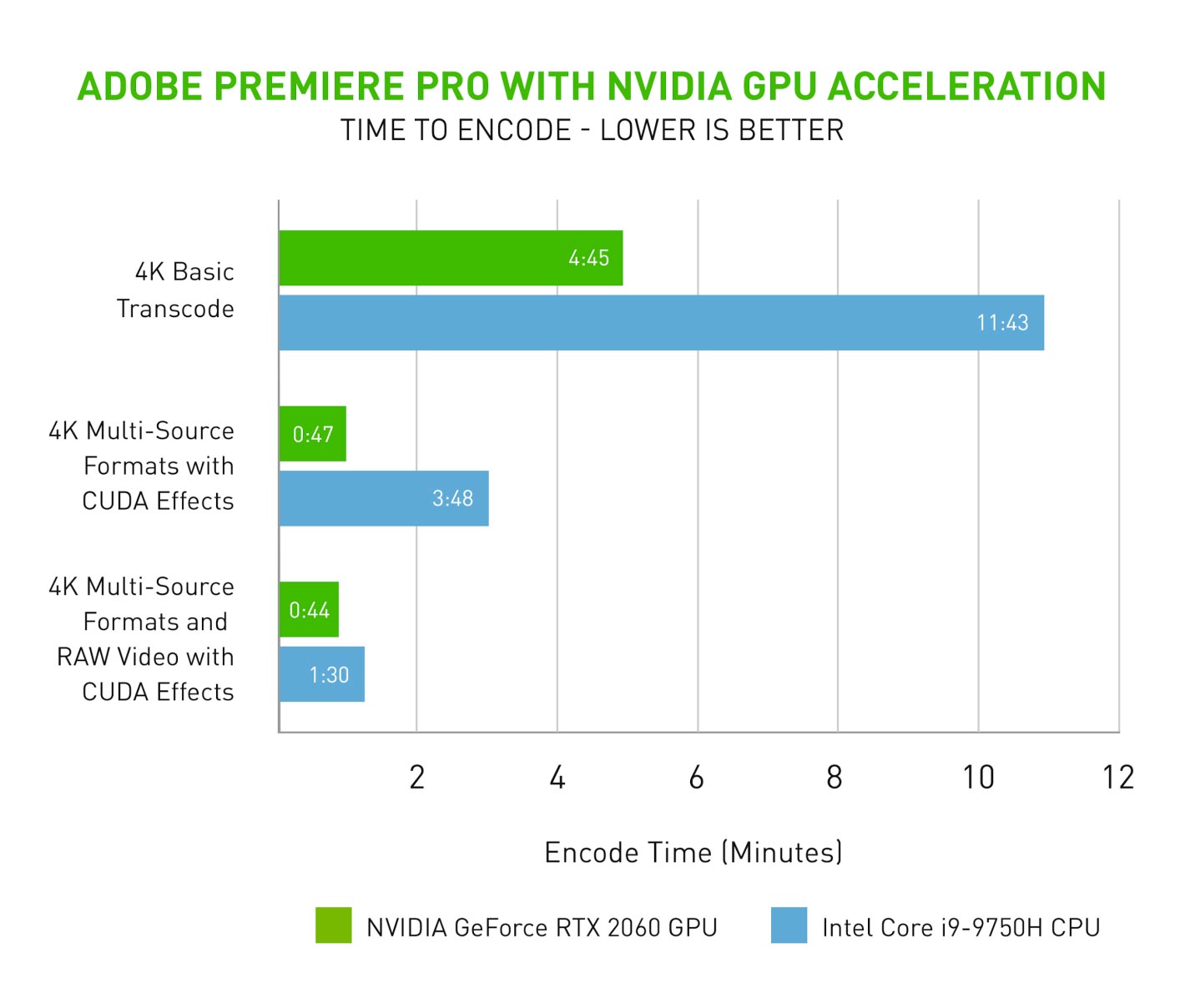 NVIDIA notes that “thanks to enhancements in the encoder on our latest NVIDIA GeForce and Quadro RTX GPUs, encoding quality and efficiency are second to none” and gives as example a music video (see image above) which is three minutes and nine seconds long. With traditional software encoding using a Core i9-9750H laptop CPU, it takes 3:48 to export. By using the NVIDIA hardware encoder on a GeForce RTX 2060 Max-Q GPU, the export completes in one-fifth the time — a mere 47 seconds. 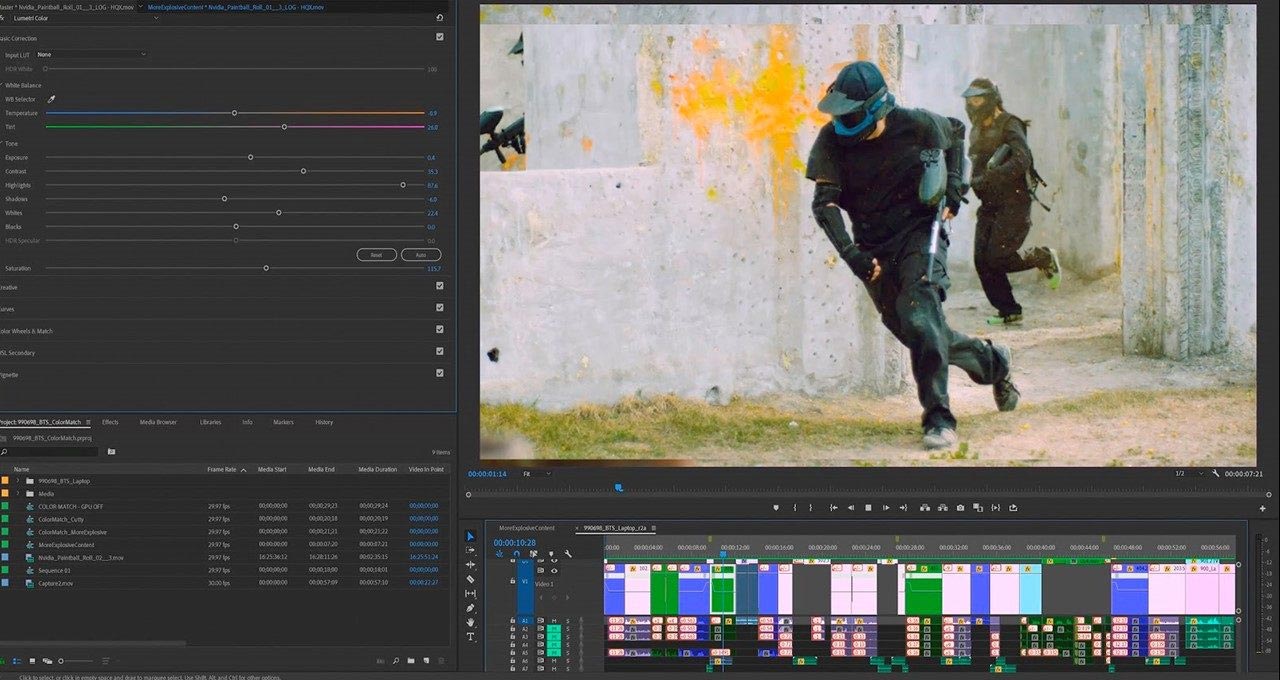 No need to transcode ProRes RAW in Windows

“With NVENC, our workflow has drastically improved,” said cinematographer Armando Ferreira. “We are able to playback higher resolutions in real time in our timeline and export up to 40 percent faster.” In fact, Less time staring at pinwheels of death means bigger workloads, more features, and creating your work faster than ever. 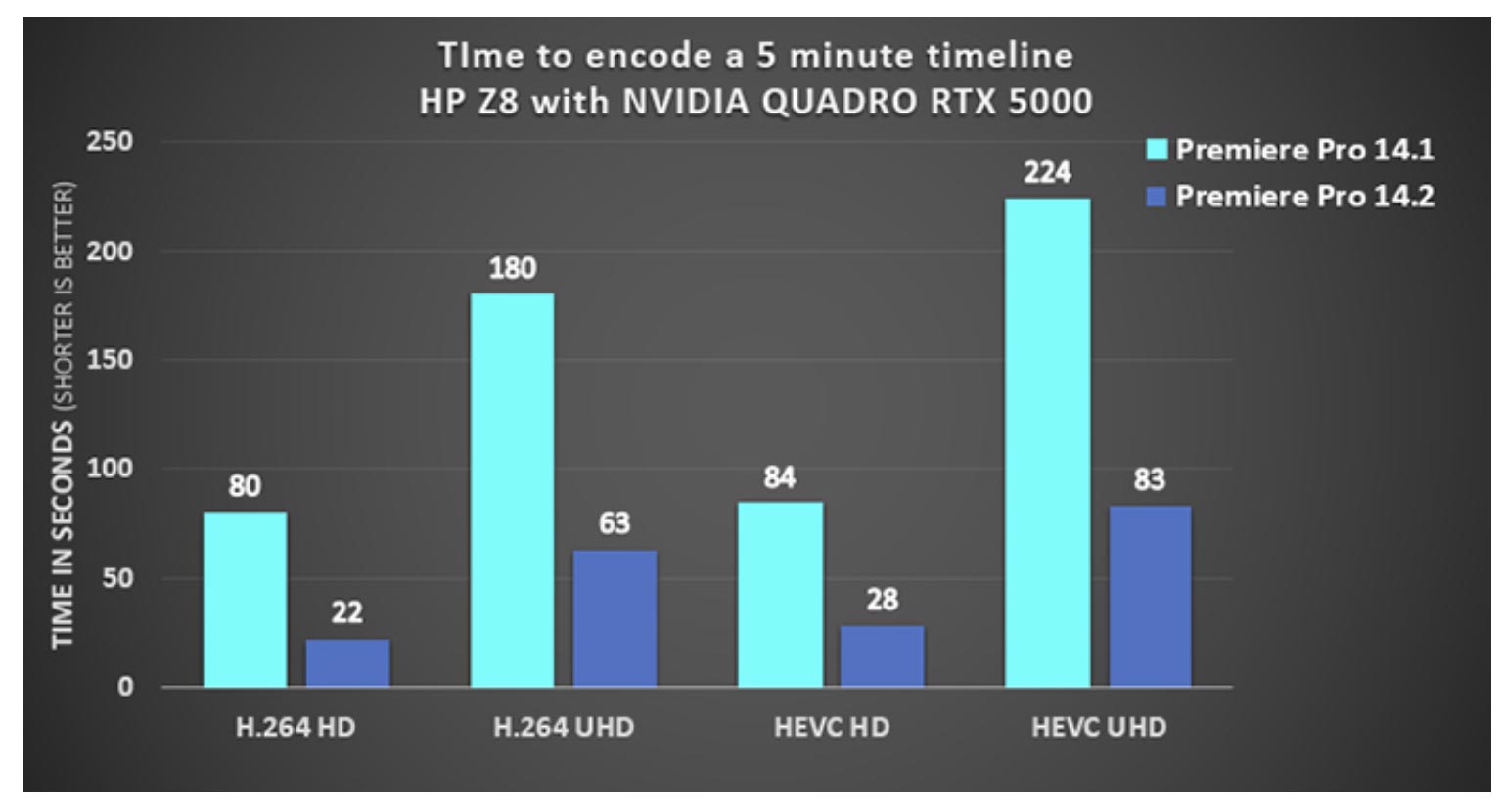 “These improvements are the result of years of collaboration between NVIDIA and Adobe to deliver high-quality applications and tools to creators,” said Manish Kulkarni, senior engineering manager at Adobe. “With new support for NVIDIA GPUs on Windows, exports are hardware accelerated leveraging the power of the GPU to make Premiere Pro more powerful and keep video creators productive and nimble.”

Also included in today’s release is support for Apple’s ProRes RAW in both Premiere Pro and After Effects. For the first time, video editors and motion graphics artists can import and edit ProRes RAW files in Windows with no need to transcode. This is accelerated by CUDA, available exclusively on NVIDIA GPUs.