When the pandemic hit, the plans for shooting Plan B had to be changed, so cinematographer Sandra Valde-Hansen decided to chose ZEISS Supreme Primes to shoot large format at wide apertures. 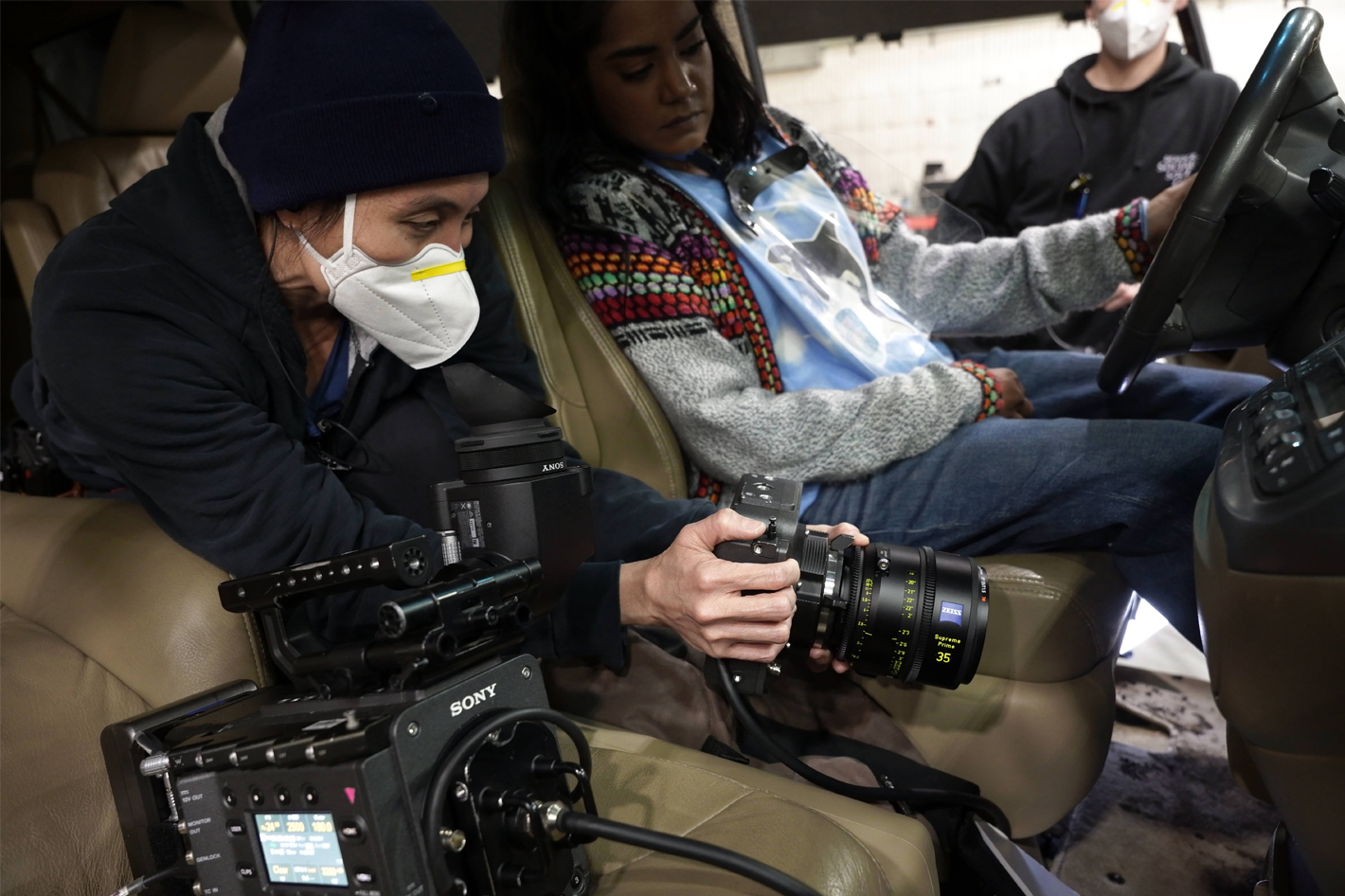 What happens when you pair the Sony Venice camera and Zeiss Supreme Primes for a mostly low light film? Find out reading how DP Sandra Valde-Hansen’s worked on Plan B, now streaming on Hulu.

Real-world experiences, more than any test/review, are best at revealing how equipment REALLY works. We’ve written it over and over here at ProVideo Coalition, sharing different examples from different cinematographers, and brands, from cameras and lenses to tripods. Here is one more example, shared by ZEISS, which makes for some interesting reading and may make your creative juices flow. So, without further ado, here it goes:

Hailing originally from Miami, Valde-Hansen considers herself a Spielberg baby. “I came from that generation where you watched all his movies— Empire of the Sun, ET, and on. I thought ‘I want to do what that person does, I want to make movies.'” That ambition led to study at Florida State University and an MFA degree from the American Film Institute in Los Angeles. Respected for her visually masterful cinematography she works on both socially-conscious documentaries and story-driven narrative projects.

The cinematographer behind The L Word: Generation Q, Now Apocalypse, White Bird in a Blizzard, Kaboom, Sandra Valde-Hansen found herself capturing scenes in diverse weather and lighting for Natalie Morales’ film Plan B. This road movie, now streaming on Hulu, follows a pair of teenaged friends during a day-and-night search for emergency contraception. To support the production design filled with rich night exteriors, Valde-Hansen chose ZEISS Supreme Primes to shoot large format at wide apertures on the Sony Venice camera. 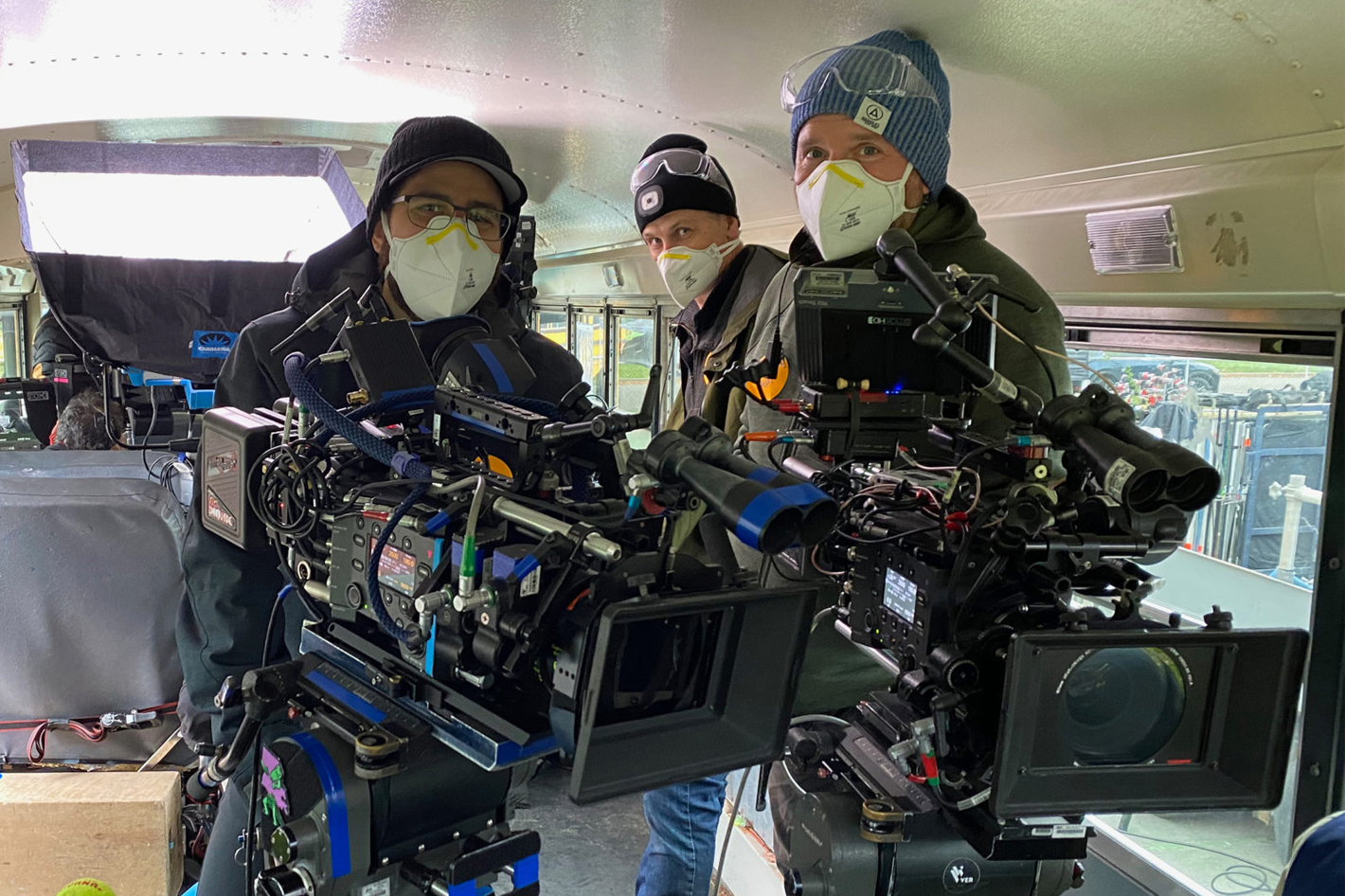 When the pandemic hit, production was forced to abandon their plan to photograph the story in snowy weather. “So, we embraced the warm tones of fall,” Valde-Hansen says. “The golds, ambers, and reds. We discussed wanting to capture the visual intimacy of teen films made of the ’70s, like Battle of the Sexes, in which Natalie was an actor, and Fast Times at Ridgemont High.” But they were not going for retro, they wanted Plan B to have an overall clean and modern look to go with the contemporary story.

Anamorphic lenses, Valde-Hansen notes, might have been a natural choice for an approach rooted in decades past, “but one of the discussions I had with Natalie was based on recent testing with anamorphics for The L Word: Generation Q. For that show my co-DP, Moira Morel, and I had tested numerous anamorphic sets. We found that they weren’t fast, really fell apart when shooting wide open, and concluded that the falloff in sharpness on the sides would not work for the show’s aesthetic.”

Valde-Hansen evaluated her options. “I thought, OK, what did we want out of an anamorphic? We wanted intimacy, natural perspective, natural magnification, and very shallow depth of field. We wanted to be able to see the world these girls live in, and to go out into that world, but we also wanted it to be very intimate. Once it was clear anamorphic presented challenges, I started looking into large format.” 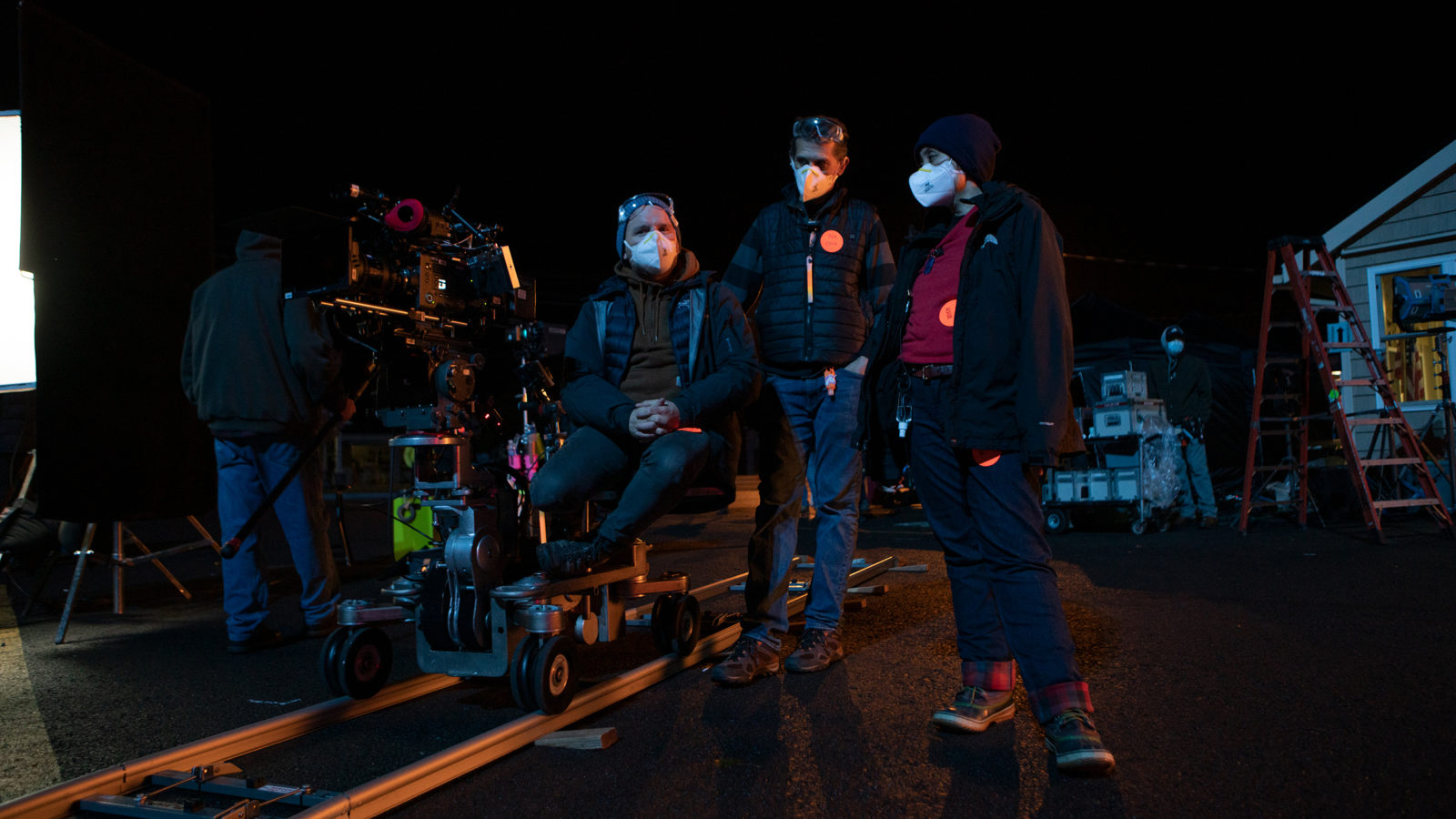 She had to pack her film tests into a weekend. “That’s when I was able to test the 2500 ASA on the Sony Venice plus the T1.5 on the ZEISS Supreme Primes. I was absolutely blown away by the combination. The lenses were beautiful. They were very clean. I proposed to Natalie that the pros of anamorphic matched the pros of large format, while the cons of anamorphic were not present in large format. She was all for it.”

Fall in Syracuse leads to early evenings and unreliable weather, issues Valde-Hansen encountered during a scene in a playground over the course of two nights. “It was cold, it rained, it snowed— our time was heavily truncated because of the weather. It was crazy, we had to light quickly—but the speed of the Supreme Primes helped us overcome some of the issues and keep on schedule.”

Equipment choices, Valde-Hansen says, proved critical. “Ultimately, it is an indie film so we couldn’t just get big lights when we needed them, we had to be stay on budget.” More importantly, she says director Natalie Morales wanted to avoid extensive lighting for night exteriors, preferring deep blacks that other lenses with poor contrast might have compromised. “She was OK with things falling into blackness. We strongly agreed that when it’s night it should be night.” 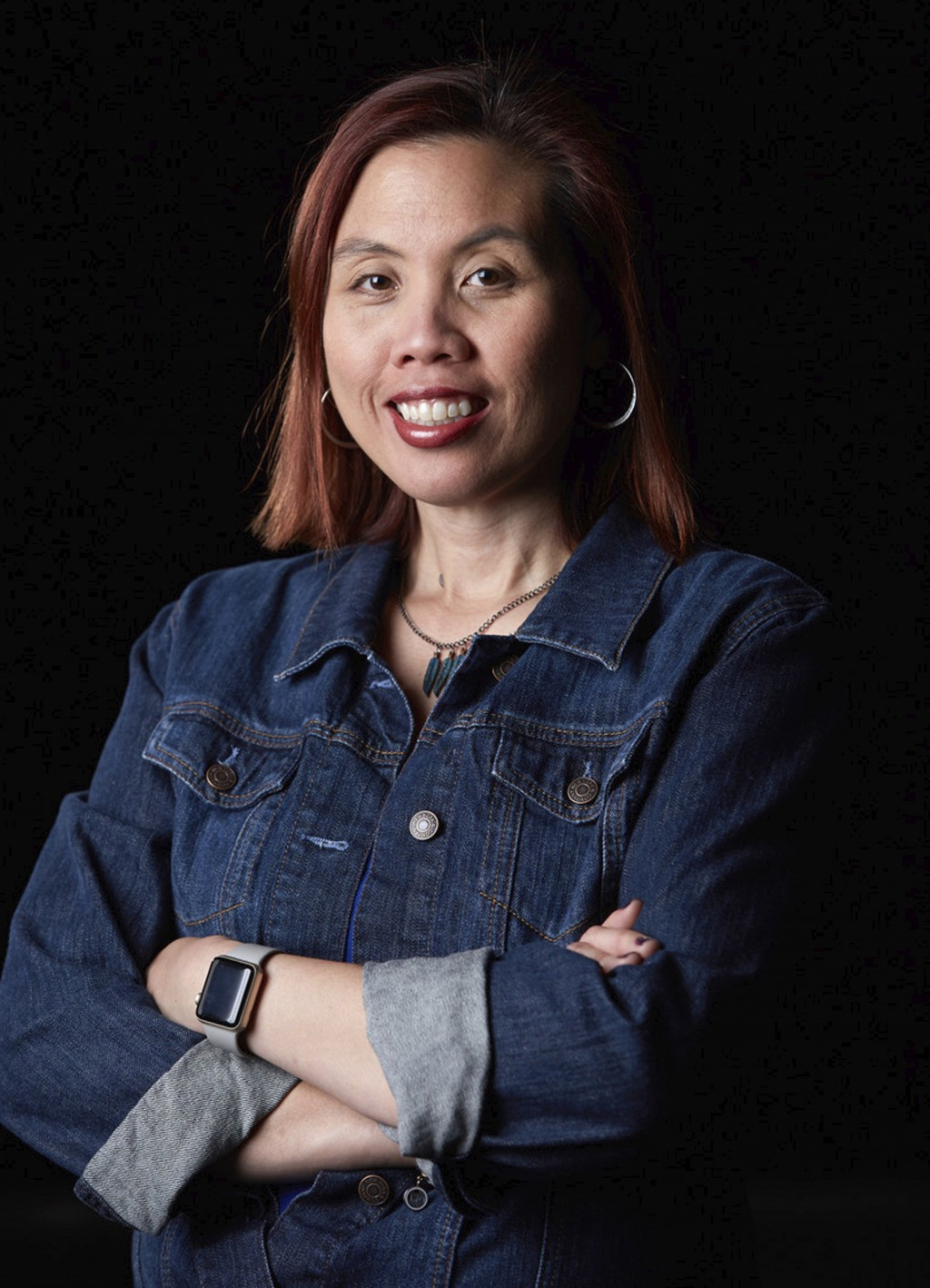 Valde-Hansen appreciated the authenticity that the Primes brought to sequences like this. “One thing about the Supremes that I absolutely love…they create such a naturalistic look without compromise to sharpness or contrast. This really allowed us to keep that naturalism throughout the film. All together, seeing how beautiful the Sony Venice is at 2500, and how clean the Supremes look at f/1.5, I knew I’d made the right decision.”

With Plan B successfully concluded, Valde-Hansen moved onto to the second season of The L Word: Generation Q (streaming on Showtime) with the same camera/lens combination. “I’ve been working with the Venice and Supreme Primes for a year and a half now, and I’m really impressed. Using these lenses with amazing color rendition, great skin tones, nice fall off, no lens distortion, and consistency all the way through, is just wonderful.” 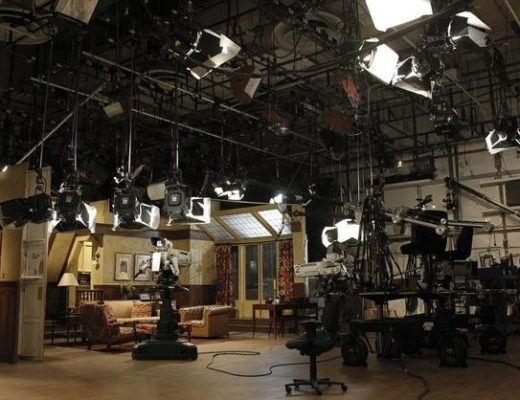 Though the demands of production will eventually return, our industry is currently in a state of paralysis. While some... 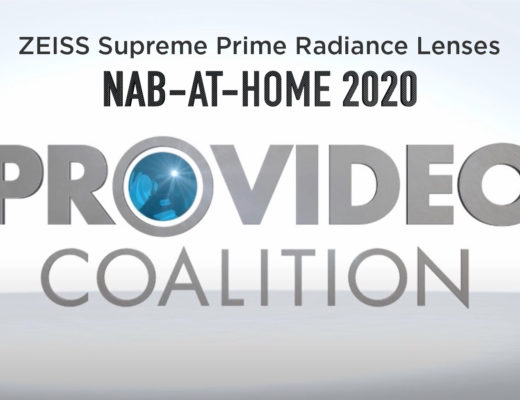 It is all about that flare and the ability to control it. ZEISS Supreme Prime Radiance lenses help cinematographers... 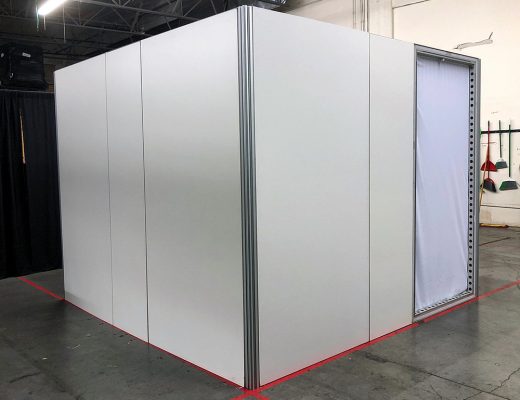 Besides being the title of a really cool 1979 Talking Heads tune, “life during wartime” feels like what we...