How to get better control and save $300 in the process. 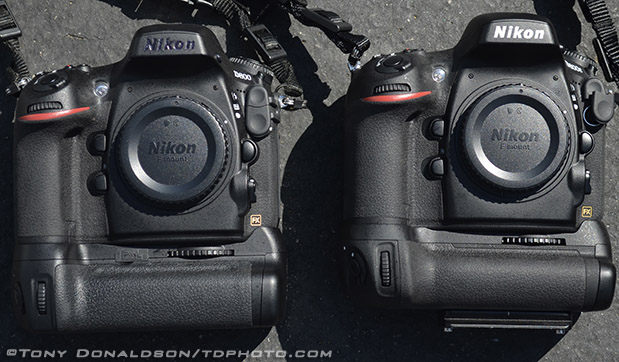 I’ve had my Nikon D800 for a little bit, and decided it would be a lot better to have a vertical grip for it. The OEM grip is the Nikon MB-D12 Multi Battery Power Pack (reminds me of my old MD-12 for the FM2), and runs a cool $400. The D700 grip, the MB-D10, was similar, and only $250. This caused an uproar among prosumer users, and most anyone else on a budget. Why would essentially the same thing be nearly twice the price?

A friend of mine bought the D800E right before I bought my D800. He ordered the MB-D12 grip at the same time, and of course got it before he even had the camera. When I got the camera, I debated about getting it at the same time. I don’t know why, I’ve always had pro bodies with motor drives or built-in grips.

My friend loved his grip and encouraged me to get one, but also saw some articles online for a third-party grip that cost around $100, or 75% less. It looked pretty good. And I bought a Nikon D5100 to use for video and as an extra camera, and had bought a third-party grip for it (Nikon doesn’t make a grip for that camera at all, and it’s a tiny body). The third-party grip for the D5100 holds two batteries at a time, making it have a longer battery life, and making it easier to hold and better balanced. And it just plain looks cool.

I figured I’d try the $100 grip to see if it was any good. If I hated it, I told myself, I could just sell it on ebay at a slight loss, creating a win-win for someone else. And I didn’t think it would be that bad, anyway, since the Nikon-branded MB-D12 was also made in China.

I ordered it on Amazon using my Prime account, though that does me no good as it was shipped from China. It shipped quickly, within about a day, even though the shipping info said it would take a few weeks. Insert slow boat from China joke here.

Sent via EMS from China to the U.S., and trying to track that through USPS’s already worthless system, proved futile. After a couple of weeks, I sent a polite email to the company. I had several emails back and forth from ONE person, named Wenshy, who was very cordial. I wasn’t happy to hear my package had first been sent to New York (I live in Los Angeles, so that’s another week to wait while it travels cross-country again).

It took as long as they had predicted, several weeks, but when it arrived it was in a perfect box, looking good, and had drawers for both one EN-EL15 battery and one for AA batteries. The latter allows 6 fps shooting in DX mode. It has similar finish to the D800, both in the spattered plastic and the rubber pieces. Really little difference, and you’d have to be looking close and holding one next to the OEM version to see it. The controls are in the right place, there’s a slot for the rubber plug from the bottom of the camera (covering the contacts for the grip), it screwed in and fit like a glove.

The buttons are actually solid, I read some complaints about that, but these feel great. The command dials click nicely, too. It looks like it was made for the camera, which it actually was!

The only differences between the Pixel grip and the Nikon one is that the AF-On button on the Pixel is black with “AF-ON” printed beside it, and it doesn’t say Nikon anywhere on it (In fact, on the front it says “Pixel”). Some people call this a fake grip, but it’s actually a well-made, third-party grip. It doesn’t pretend to be the OEM version. The original has the option of another battery drawer that will hold a Nikon EN-EL18 battery from a D4 that gives the camera longer battery life AND higher frame rate in the DX-mode. Still not selling me on the extra $300 here. 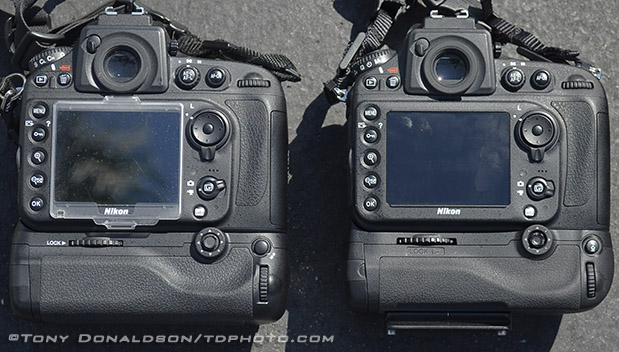 I got together with my friend to compare them side-by side. The battery drawers are not interchangeable, the Pixel grip is a little taller and maybe wider (I think a better shaped for my hand), and the buttons and dials are nearly identical. He was a little miffed, actually, he wanted it to feel spongy or look a little off. The Pixel grip‘s battery door is actually nicer than the Nikon’s. The two grips may very well be made in the same factory. 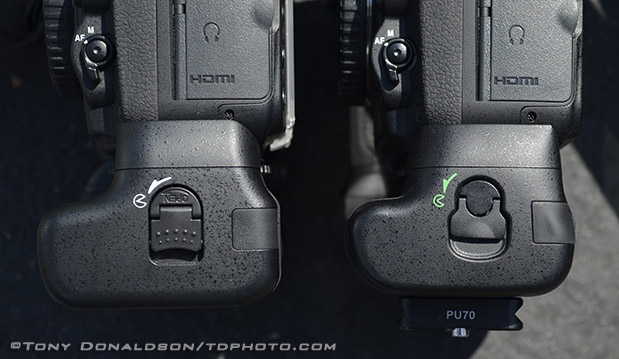 I’ve been using it for several weeks now. It’s a rock solid product, I’d recommend it. It’s as good as the MB-D12 grip for $300 less. You could buy a spare if you wanted to and still have saved half the price of the OEM grip. Spend the money you save on extra memory cards, a flash, some Pocketwizards, or even better, spend it on producing more work for your portfolio!

Oh, and if you’re planning on buying a Nikon D600 and getting the new MB-D14, you might want to wait. The camera comes out on September 18, the grip may at that time as well. It will only run $250, though you can be sure that shortly after that there will be a $100 third-party version. YMMV with any third-party products.

* You can now order one from a company called Rainbow Imaging via Amazon for $79, and they’re based in the states so you can get it quickly via Amazon Prime or overnight. You can find it here.

** There is now an even cheaper version, from a company called Meike, at about $55, but that may be excessively cheap.