The new Phottix Laso TTL Flash Trigger allows users to mix old Canon flashes with the new Speedlite EX-RT flashes. That’s the most interesting part of the new product. Which is also cheaper than Canon’s own RT system. 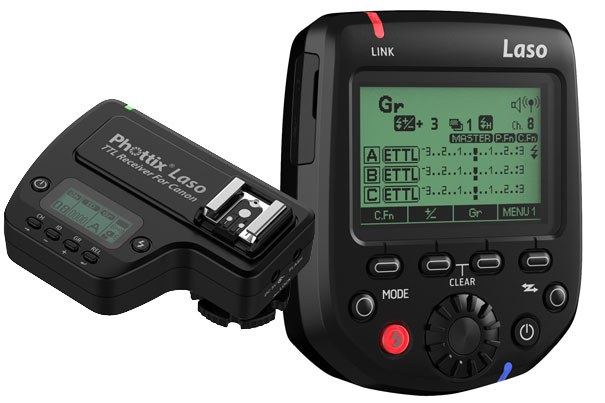 The Phottix Laso TTL Flash Trigger system is the first offer from Phottix that is compatible with Canon’s radio-enabled flashes, like the Speedlite 600EX-RT or 430EX III-RT, but it is in fact more than that, as it allows to mix non-radio flashes, both Canon and Canon compatible, through the use of Laso Receivers. That’s the most interesting aspect of the product, and one good reason to explore its characteristics.

Comprised of two products, the Phottix Laso Transmitter and the Phottix Laso Receiver, the system continues to explore the use of radio triggers for flash photography, and expands the range of products available from the company, which includes the Odin radio trigger system, designed for Canon, Nikon and Sony, and the radio-enabled Mitros+ flash for Canon, Nikon and Sony, which includes a complete Odin system (transmitter and receiver) along with compatibility with the Strato series of radio triggers (receiver), besides working as a conventional IR flash.

While the market expected the Odin II, announced one year ago and apparently still being tested, Phottix has decided to go a direction other have gone before, presenting their own system compatible with Canon’s RT system. The Laso transmitter is an alternative to Canon’s ST-E3-RT, and enters a market where Yongnuo’s YN-E3-RT and Shanny’s SN-E3-RT already have a presence for some time.

With the transmitter mounted on the hot-shoe of a compatible camera, users can control Canon’s radio-enabled flashes, but also older models that do not have built-in radio, through the Laso Receiver, which is something Canon never did provide, for obvious reasons: to completely exclude older models from their RT system, in order to make users buy a whole new flash system. 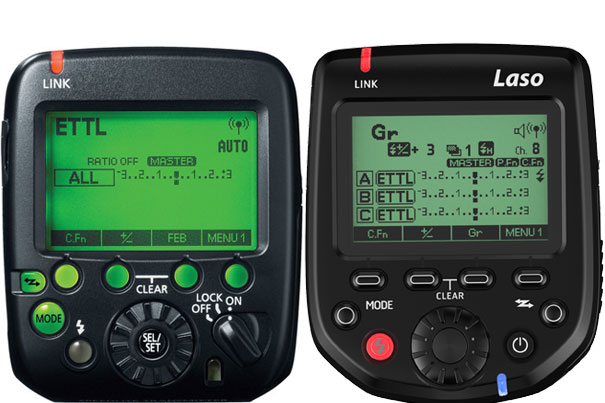 The introduction of the Phottix Laso TTL Flash Trigger opens new options for users of older flashes that do not want – or can’t – move to Canon’s new flash models, the 600EX-RT or 430EX III-RT. While some will suggest that, if you’ve a collection of let’s say 5 or 6 580 EX II flashes you should sell them someone and buy into the new system, this is not always a viable or even logical solution, cost wise.

A single Canon Speedlite 600EX-RT costs $549, and as you do need two at least and probably a ST-E3-RT, expect to pay somewhere around $1259 for the whole kit. If you already have a couple of Canon Speedlite 580 EX II or 430 EX II, all you need to buy is a Phottix Laso Transmitter, for $159.95, and two Laso Receivers, costing $99.95 each. That’s a total of $359.85 for an updated system that will allow you to use not only Canon’s radio-enabled flashes, if you happen to buy some, but also any third party flash, usually cheaper, compatible with Canon. A simple Laso Receiver, for $99.95, will make any flash without built-in radio functions compatible with Canon’s RT. That’s better than paying $549 for each new flash unit! 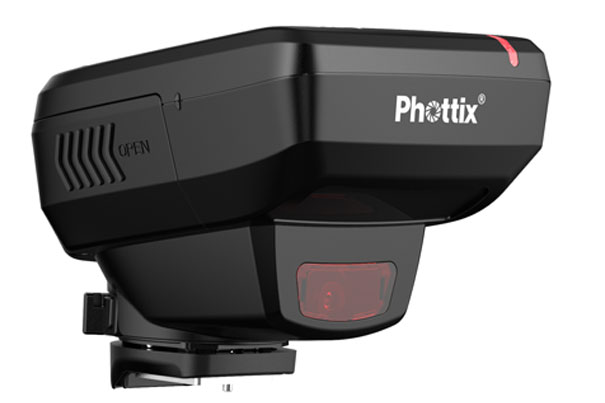 It should be noted that ETTL auto flash is not available with EOS film cameras and EOS 1D, EOS 1Ds. It is also important to remember that multi flash is not compatible with the Laso receiver and group fl­ash is not possible with cameras released before and up to 2011 (and EOS 1200D), ­and flash sync speed will be one stop slower than normal sync speed, limitations already present in Canon’s system. The Laso Transmitter follows the norm for recent Phottix products, offering a USB port for firmware updates. 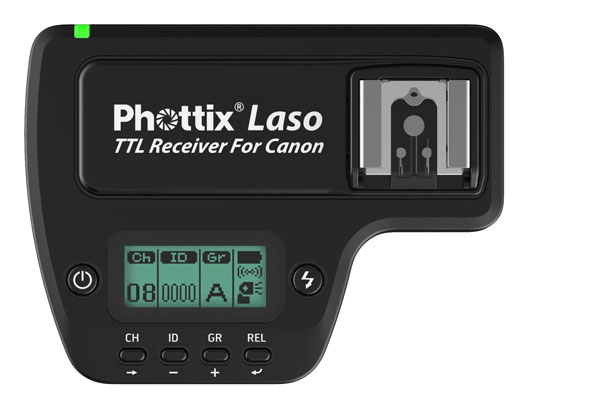 The Laso Receiver, which in fact extends the possibilities of the system, is an essential part of Phottix package. The Laso Receiver works with Canon’s non-radio ETTL flashes. Users can control and trigger these flashes from different radio devices, including the Phottix Laso Transmitter, Canon ST-E3-RT flash transmitter, and Canon radio-enabled flashes. The Laso Receiver can also be connected to studio lights, offering the ability to mix hot shoe flashes and studio lights in one triggering system. The receiver offers a metal hot shoe on top for securely mounting a flash and providing full TTL support and control. Also, it has the ability to be connected to a camera for remote triggering. Additionally, it has a USB port for firmware updates.

The Phottix Laso TTL Flash Trigger is, evidently, a product for those that intend to expand their Canon RT system in a cheaper way, if they already own one of the flashes, 600EX-RT or 430EX III-RT. All those using other options do not need to look this way, and may well be better served with a system like the Phottix Scott Kelby Mitros+ TTL Flash and Odin TCU TTL Flash Trigger Kit for Canon (also available for Nikon). 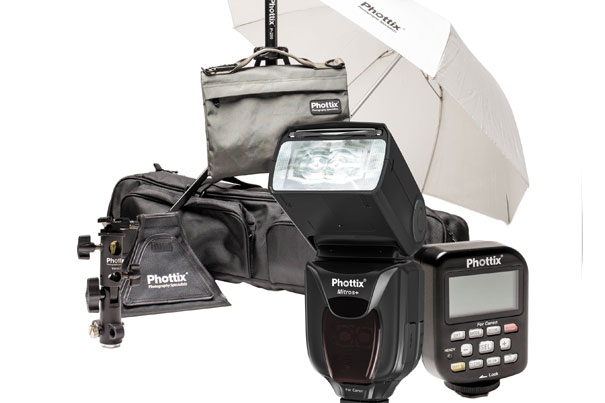