Today, one of our excellent local rental houses, Videofax in San Francisco, held an Open House to show off the Sony F5 and F55 large-single-sensor cine cameras. I was able to get a few pictures of these new beasts, which Videofax has kitted out using third-party support accessories and a couple of rather nice lenses. 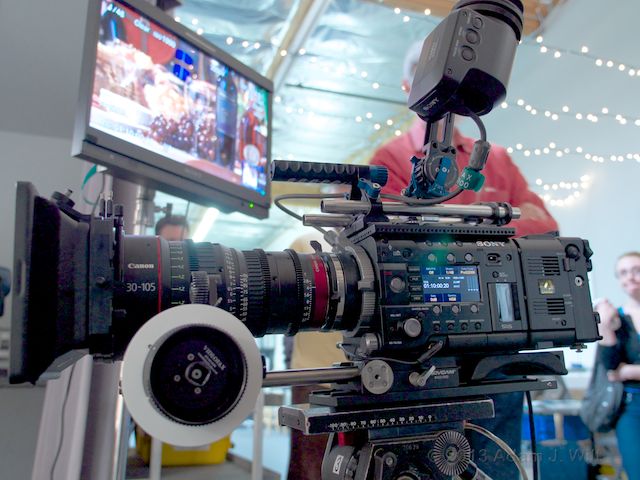 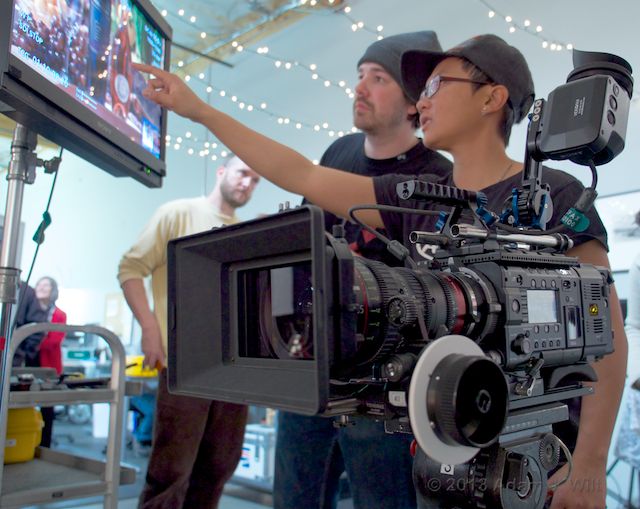 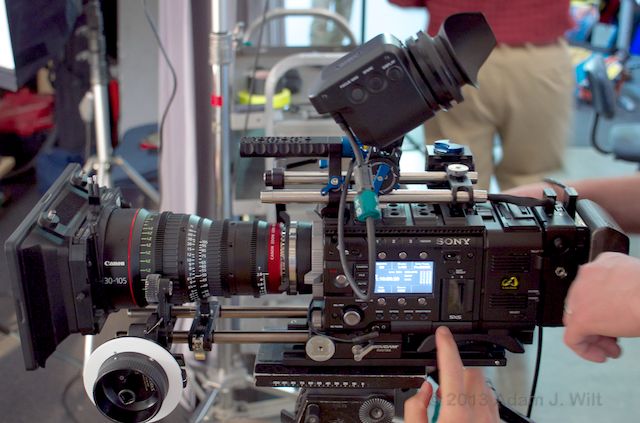 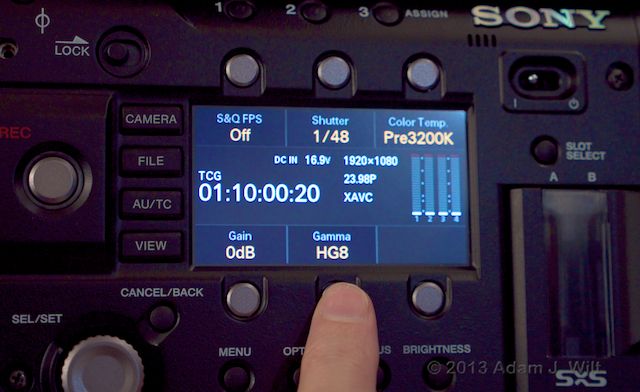 F55 menu panel. Does it remind you of an Alexa's panel, by any chance? 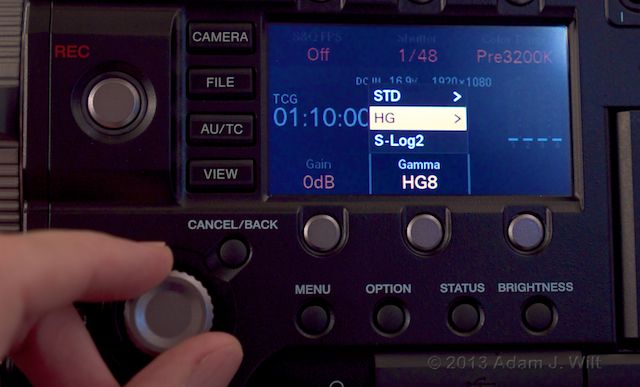 It even adjusts (somewhat) like an Alexa. However, the menus are rather more complicated than on the Arri camera. 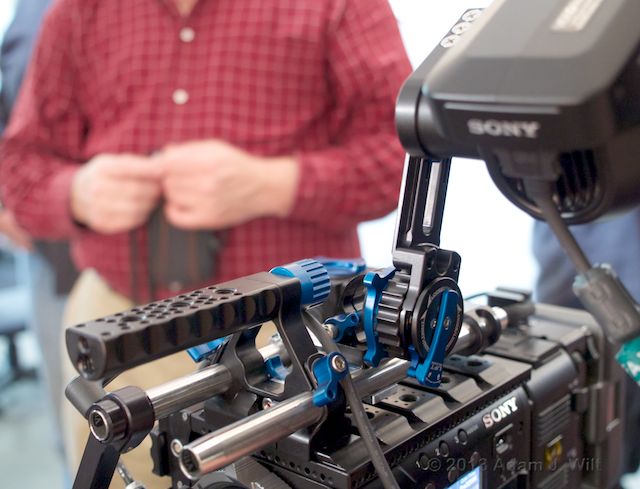 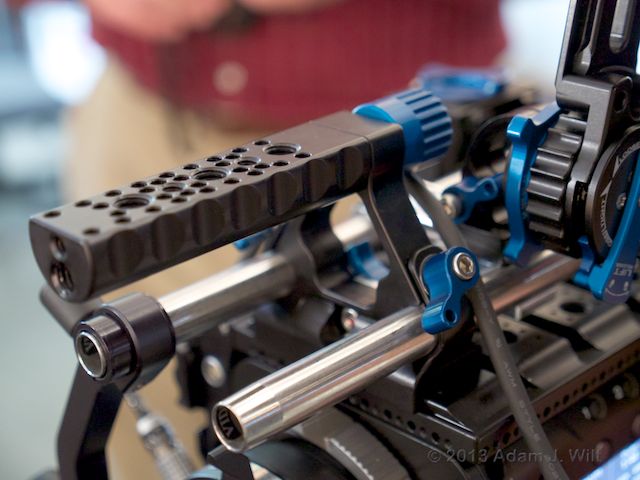 More detail on that handle… tapped for accessories, of course. 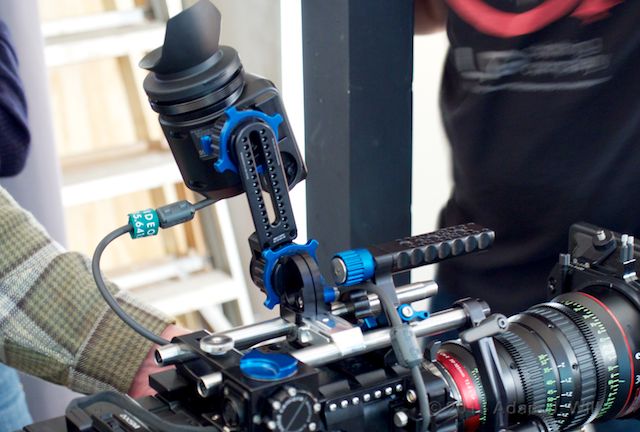 Solid's top-side accessories from the other side. 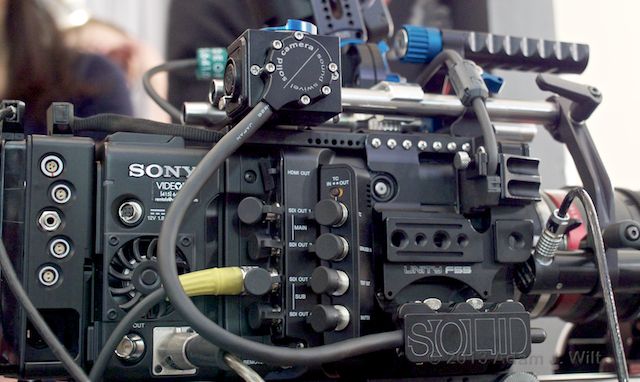 Solid also makes the power adapter, side plate, and audio adapters: dual input plug with 'SOLID' on it, cabled to modular adapter box taking a mike feed in front and/or a mixer feed in the back. 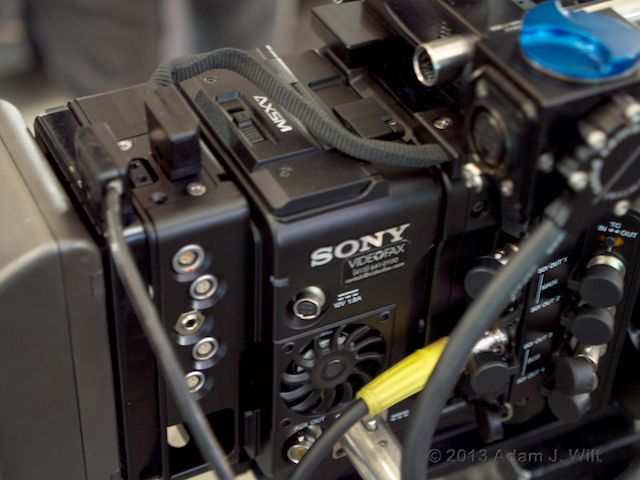 This is the 4K raw recorder for the F5/F55. Cards fit beneath that top door. Note the fan. 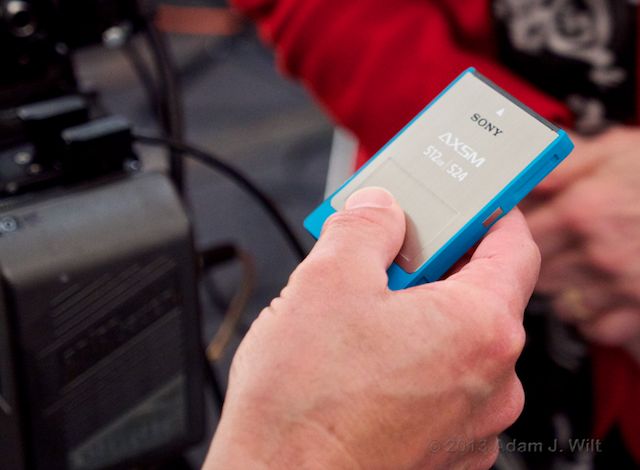 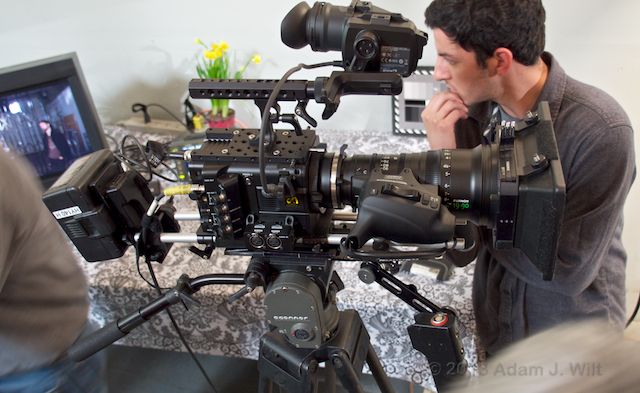 This is the F5 (you can tell because the lens mount lock ring is black, instead of silver). 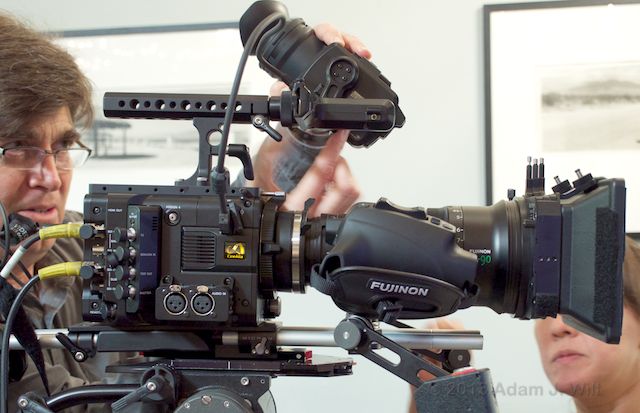 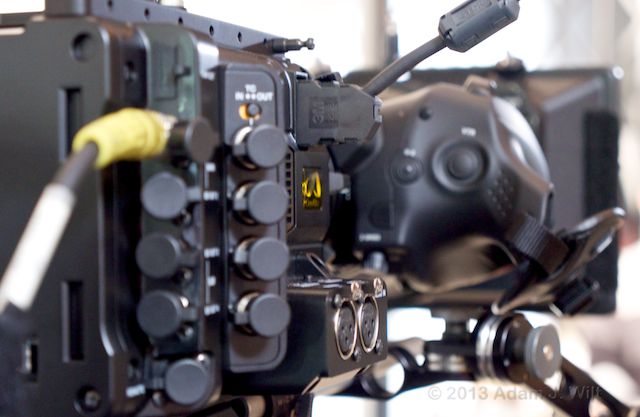 The view down the side. The Cabrio has an ENG-style handgrip with zoom rocker. The audio sockets don't stick quite as far out as I feared they would. 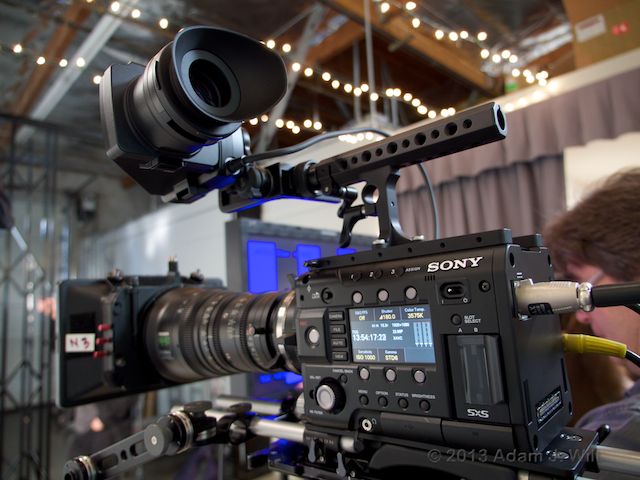 This F5 isn't wearing a raw recorder or a battery; DC is patched straight into the body. 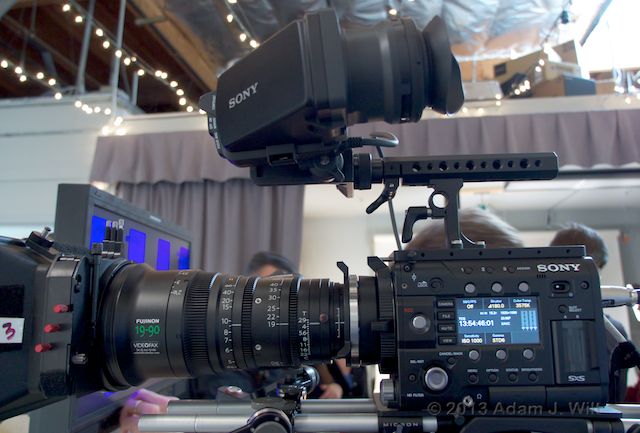 Both the F5 and the F55 are quite compact if you don't hang a bunch of stuff off of them. 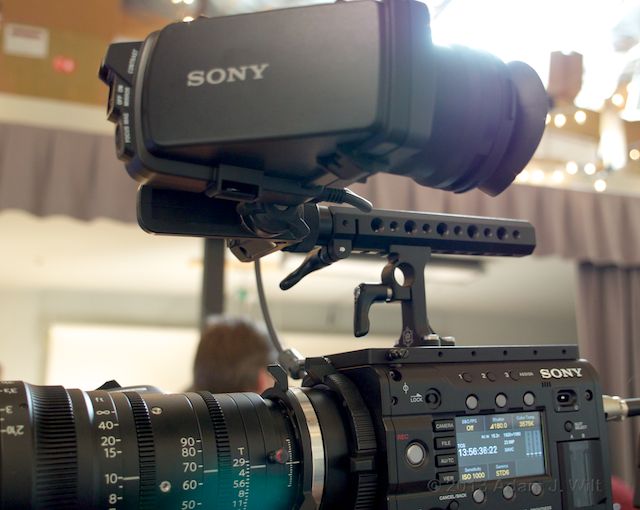 The LCD EVF is attached using Element Technica bits. EVFs are bought separately; either camera can use the OLED or the LCD EVF. 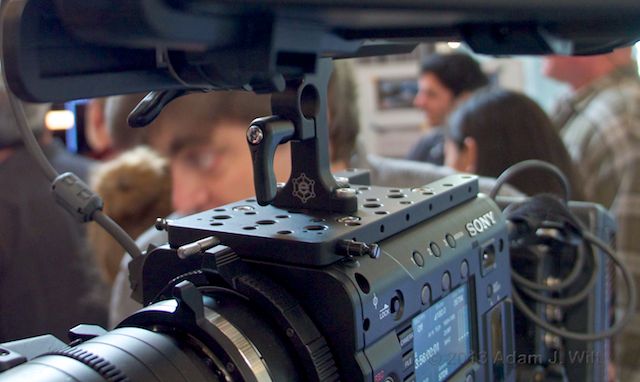 If you've used a RED ONE, that E-T logo and clamp probably look mighty familiar!

Want more? Jon Fauer's Sony F5 and F55 Booklet has all the inside dope. And if you're shooting near San Francisco, both Videofax and Chater Camera will have these cameras available.

Disclosure: There's no material connection between me and Sony, Videofax, or Chater, except that I've been a customer of all of 'em in the past. No one offered me any compensation for this writeup.