From action cams to huge cinema rigs, Photokina has it all. Doors open on the 16th September. 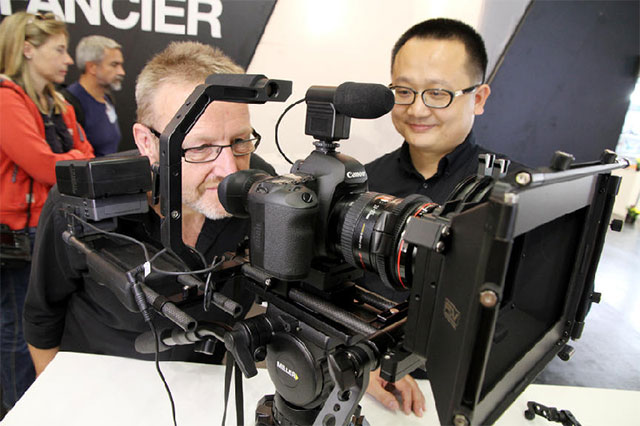 Photokina embraces action this year, with a whole area dedicated to “Action!”, where users can borrow an action cam, try it out and take home the film made with the camera. It also has one hall dedicated to video, for professional users and ambitious film hobbyists.

The “Photokina Action Zone” is part of the news for this edition, and is a logical reply to a growing market: the small action cameras. In fact, the action cam is the preferred gadget for every sport and outdoor fan. Action cams have made the industry change, and the number of cameras sold is growing each new year. In 2011 sales volumes for Germany reached 30,000 units, but one year later the total reached 165,000. Numbers for 2013 indicate that the total volume of sales goes well beyond the 300,000 mark, which suggests the popularity of action cams.

So, this year Photokina is offering visitors the chance to try action cams in realistic conditions. And how better to test these cameras than “Live in Action”? That is why Photokina isn't confining itself merely to exhibiting the products but is enabling visitors to put the cameras through their paces at first hand.

Google, which has its first time as an exhibitor at Photokina, sponsors the “Photokina Action Zone”, while SanDisk offers the  memory cards, so everybody can take their masterpieces home. There are three special fun attractions on offer that will make demands on products and visitors alike. The images captured with the action cams attached to the participants will be shared on screens around the action zone. This will one of the highlights of the world of imaging, which runs from 16 to  21 September. The complete information can be found on the webpages for Photokina

While the “Photokina Action Zone” is an area where action will happen intensively during the fair days, there is another area of this edition that will also fall under the word “Action!”. A special section in Hall, the 4.1, was customized to receive the Photokina Movie, where all visitors interested in filming, from professional users to ambitious film hobbyists, can find information and improve their skills.

It's not just the growing number of brands from the video segment that will be present at Photokina, showing as the pioneer photography fair is evolving into  a more ambitious imaging event, there is an eclectic program featuring live sessions, lectures and workshops.

More and more professional photographers use the option of filming with their photo camera to extend their creative range and to enter new business areas. That's why there will be special sessions, like ” The right Equipment for DSLR Filmmaking”.  The event will show how use the correct equipment to make dynamic recordings filming with DSLR cameras with camera cranes by Kessler Crane, tripods with fluid heads from Sachtler, Glidecam DSLR Stabilizers and Matteboxes by Chrosziel or Sachtler. Professional film makers and cameramen from the USA, such as John Correira and Scott Coleman, will be on stage on this presentation by AF Marcotec.

“Smooth and steady shots with Glidecam Stabilizers” is also a presentation by AF Marcotec, this one to demonstrate how everybody will be able to perform smooth and steady shots and how to stabilize cameras like a small like a GopPro, a heavy DSLR, Canon EOS Cinema or a Blackmagic Design Camera. 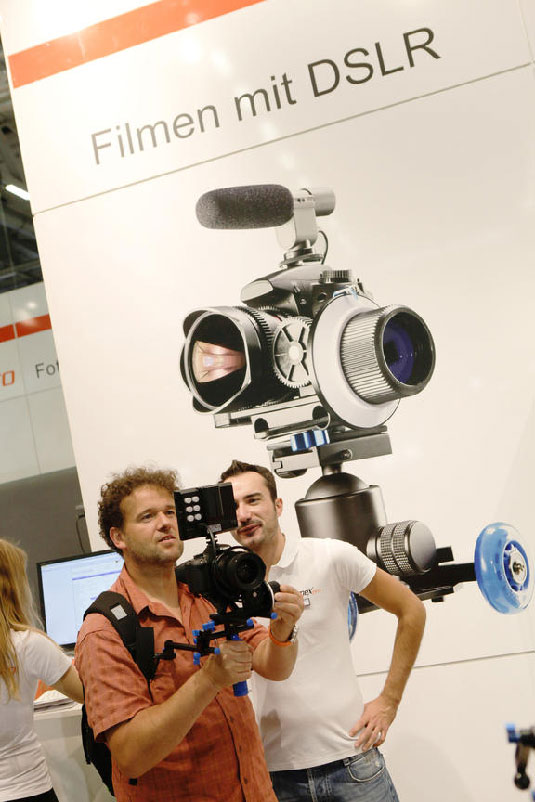 Carl Zeiss AG experts will demonstrate how to use Zeiss lenses and optics professionally to achieve optimal results. The speaker will be  the popular cameraman Nino Leitner. Visitors to the movie stage at Photokina 2014 will be able to hear the Austrian giving daily talks about film productions with various ZEISS lenses. In particular he will be talking about his work with a brand new family of ZEISS lenses, that especially lend themselves both to photography and video productions. The lectures are aimed at beginners and experienced filmmakers alike.

James Tonkin is a highly acclaimed cinematographer who has shot behind the scenes tour documentaries for artists including Robbie Williams, Coldplay and The Rolling Stones. Using DaVinci Resolve 11, Hollywood's first choice for feature film color correction, James will demonstrate how to manipulate, enhance and style moving pictures for video and cinema screen, using 100% professional RAW camera workflows and tools that will be familiar to still photographers. the presentation, entitled “Introduction to cinematographic colour correction for photographers”  is sponsored by Blackmagic Design.

“Buyer's Guide: Action Cams, accessories and video editing” is a presentation that fans of fast-paced action cam footage should not skip. Action Cams are popular, with a strong presence in almost all filmmakers segments,  including hobbyists and professionals, but the market has become hard to fathom and it is not always being easy to find the right camera for the right job. This presentation tries to clarify some aspects. Joachim Sauer, editor in chief of VIDEOAKTIV.de, has the required perspective on the enormous range, selecting three top models and highlighting what you need to look out for when making a purchase, what accessories are useful and how easy post processing can be.

These are some of the highlights of this year's edition of Photokina, and a good reason to pay a visit to the 64 year old fair at Cologne, in Germany.