AMD announced at Computex its new generation of 7nm Ryzen CPUs and Radeon RX 5000 graphics cards, along with the move to PCIe 4.0, as it makes everything run faster. 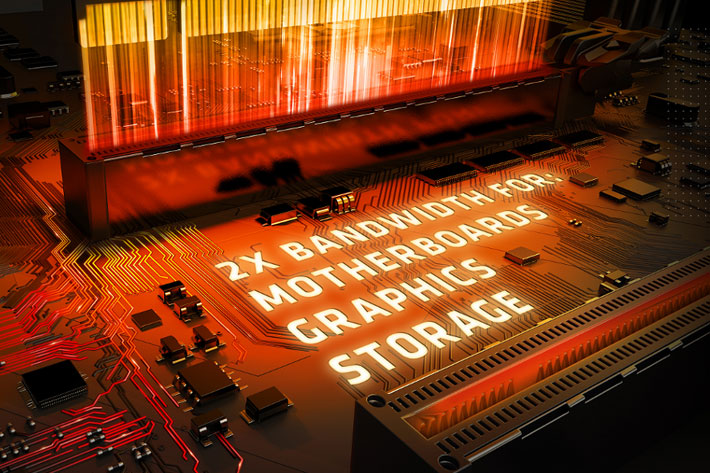 PCI Express 4.0 arrives this July, doubling the bandwidth of PCIe 3.0 to up to 2GB/s per lane, or up to 32 GB/s on a x16 slot. New computers will be faster, but if you want one there is only one choice: AMD!

Intel did announce at Computex its new generation of 10nm CPUs, but nowhere does the company mention PCI Express 4, so AMD, which took to Computex with lots of news to share, is the first to offer the new PCIe 4.0 standard to users. And there is no need to wait months to get your computer with PCI Express 4, because AMD says that the new standard will be available this July. Yes, it is time to make a list of all the components you want to have in your new, fast machine.

Everything seems to be in place for users to build PCIe 4.0 computers, as the new Ryzen CPUs will be joined by more than 50 models of motherboards with the new AMD X570 chipset, coming from different manufacturers. Building your first PCIe 4.0 workstation will be possible, because besides the CPUs and motherboards, graphics cards will be PCIe 4.0 too. This July AMD will introduce the first GPU with the new Navi graphics architecture, the Radeon RX 5700. 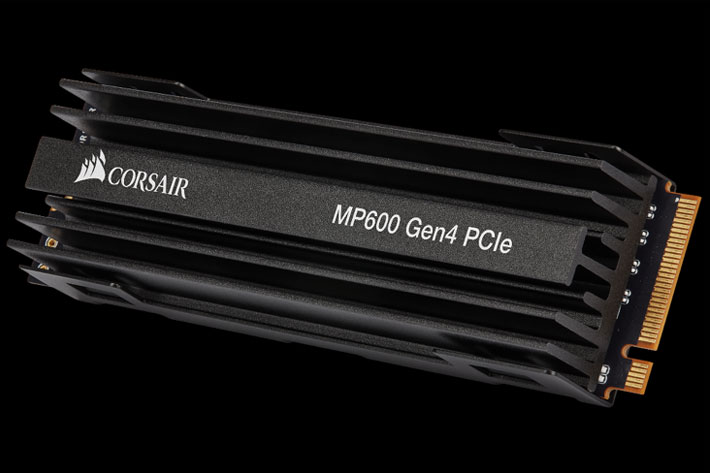 10x faster than many SATA SSDs

Even in terms of storage, there is something for PCI Express 4, as Corsair and Gigabyte announced, also at Computex, their NVMe solutions. Gigabyte introduced the AORUS NVMe Gen4 SSD 2TB, and Corsair the new CORSAIR Force Series MP600 NVMe PCIe Gen4 x4 M.2 SSD, both compatible with the new AMD X570 chipset. Unleashed by the PCIe 4.0 ready AMD X570 chipset, the MP600 reaches new heights of enthusiast single-drive storage performance, delivering up to 4950MB/sec sequential read – ten times the performance of many SATA SSDs, and fifty times faster than some hard disk drives.

Easily fitting into a PCIe 4.0 x4 M.2 slot, the MP600’s NVMe interface and high-density 3D TLC NAND combine with a Phison PS5016-E16 controller to enable a new level of single-drive SSD performance. Boasting up to 4,950MB/s sequential read and 4,250MB/s sequential write speeds, the MP600 will be available alongside the full launch of AMD X570 chipset motherboards and new AMD Ryzen CPUs. 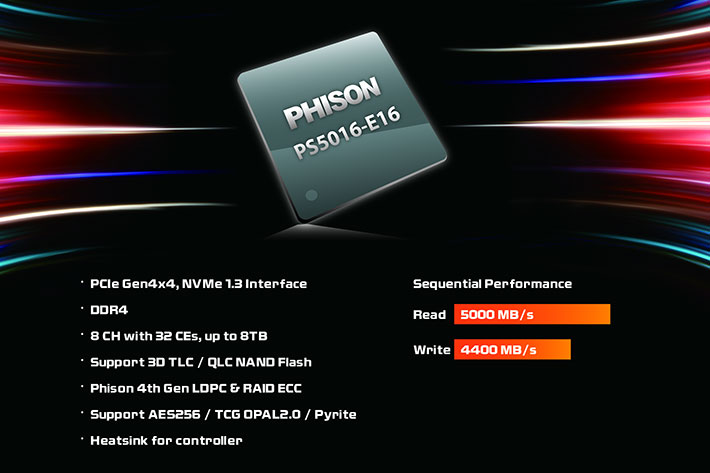 The future of PCIe 4.0 starts now!

Gigabyte’s AORUS NVMe Gen 4 SSD delivers, according to the company, blazing speeds: up to 5,000 MB/s for sequential read, and up to 4,400MB/s sequential write. Sequential Read/Write performance of PCIe 4.0 SSDs is, adds Gigabyte, up to 40% faster than PCIe 3.0 SSDs. Gigabyte solution will be available in both 2TB and 1TB, allowing users to enter the next generation of computing with faster and smoother, gaming, streaming, and graphics intensive rendering. 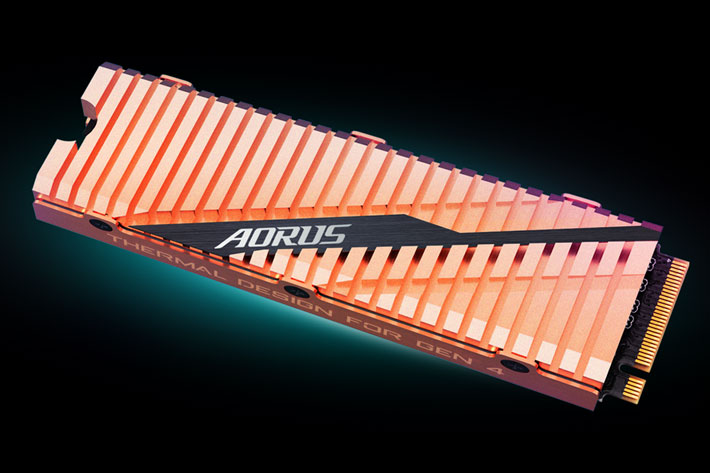 AMD worked closely with Phison to enable the first PCIe 4.0 ×4 NVMe controllers for consumer storage devices, and as Erin Maiorino, Ryzen Desktop Product Marketing Manager at AMD wrote in AMD’s community blog, “the future of PCIe 4.0 bandwidth starts in 2019…”.  It’s here and you can have in July, if you decide to build a whole new machine using AMD. The first numbers available suggest you’ll be riding some of the fastest computers around.