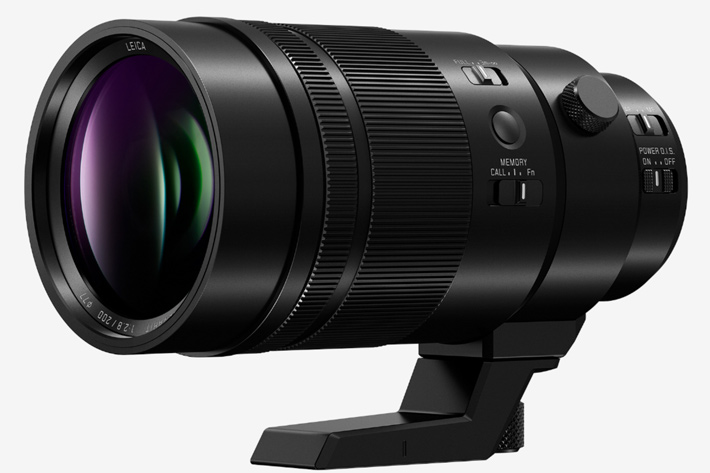 Introduced with the new Panasonic Lumix G9 camera, the new 200mm f/2.8 lens with Leica signature is a compact and lightweight super-telephoto for handheld shooting at a focal lenght equivalent to 400mm.

A high-speed, high-precision lens perfect for the contrast AF system for both photo and video recording, the 200mm f/2.8, which will work flawlessly with the GH5 through a firmware update, is a potential good choice for recording video, and one that can be expanded to 800mm, through converters, something videographers may want to consider. The lens was introduced with the new Lumix G9, a camera designed for photographers.

Panasonic’s new lens is designed with wildlife and sports photographers in mind. Don’t be mistaken, this 200mm f/2.8 is in fact a super-telephoto, due to the multiplication miracle of the Micro Four Thirds format. In fact, the new Leica DG ELMARIT 200mm / F2.8 / POWER O.I.S. offers a coverage similar to a 400mm lens on 35mm, meaning you get the same size image on your sensor with a package that is both smaller and lighter. In fact, comparing numbers, the 400mm f/2.8 from Canon weighs 3850g and is 343mm long, while the Panasonic version weighs 1245g and is 174mm long.

Although many will discuss the advantages and disadvantages of such a lens, the truth is that if you want to be able to travel light, then the Leica DG ELMARIT 200mm / F2.8 / POWER O.I.S. is an option to explore, even if that means you’ve to think about changing system, if you’re not already a Lumix G user. Be warned, though: this new lens is not yet totally compatible with the Lumix GH5, and only a firmware available next December 2017 will allow the camera to explore all the options of the new lens.

The 400mm focal length is not the limit for the new lens, and Panasonic is quick to point out that the lens will give users some extra focal length with the bundled 1.4x Teleconverter (DMW-TC14), which increases the focal length to 560mm (35mm camera equivalent) for getting closer to the action. Amazed? Well, Panasonic has another surprise: the lens can be used with the 2.0x Teleconverter DMW-TC20 (optional accessory), which extends the focal length to 800mm (35mm camera equivalent) for capturing distant objects. That’s a 800mm f/5.6 for shooting handheld, which, if the whole system works as promised, may be a blessing for your arms and back. 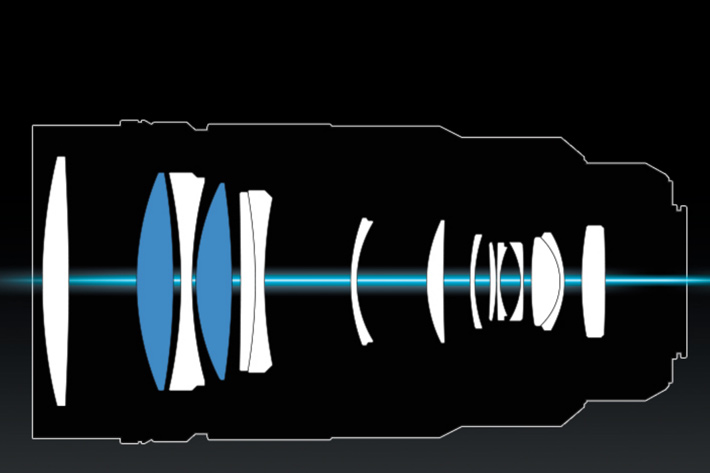 The luminous lens is already a good choice for when the light goes down, as the  fast f/2.8 aperture lets you capture fast-moving subjects, but the presence of image stabilization extends its functionality, as the POWER O.I.S. effectively compensates for the hand-shake movement, making it easier to shoot even without a tripod or in low-light situations. The lens is compatible with Dual I.S.(Image Stabilizer), which is available on GX8, GX80, and Dual I.S. 2, available on GH5, G9, G80 models, for the most effective image stabilization. 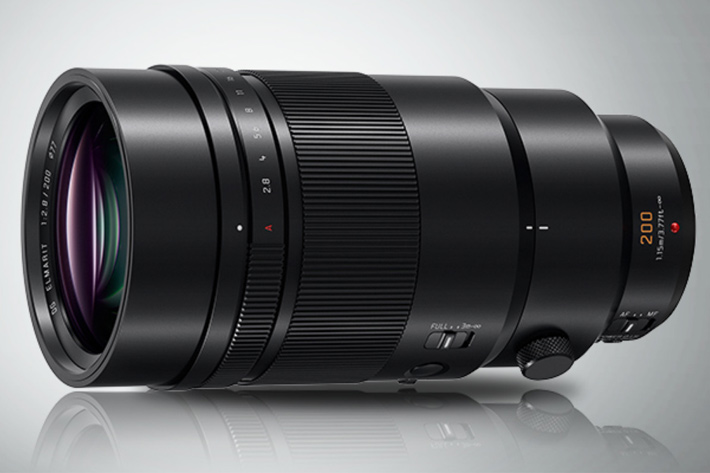 Boasting a rugged, dust/splash-proof design and being  freeze-proof up to -10℃ to withstand professional use under harsh conditions, the lens is offered in metallic black colour, perfectly matching Lumix G CSC cameras. The lens, with the reference LEICA H-ES200, will go on sale in December 2017 for $2,999… a price that will probably make you think twice before investing on such a lens, or shop around for alternatives.

The miracle of multiplication is not just about focal lengths, though, and Panasonic has another lens to join its line up, the Leica DG Vario-Elmarit 50-200mm f/2.8-4 ASPH POWER O.I.S., which while different, less luminous, offers the versatility of a zoom covering, in 35mm equivalent, the focal range between 100 and 400mm. The lens, first announced at Photokina 2016, will probably be the next available to expand the family of lenses for G cameras. For some users it’s a reason to wait and see what it offers, before investing into a prime that costs much more than a 200mm f/2.8 from Canon or Nikon. Although, in terms of coverage we’re talking different things, people tend to compare a 200mm to a 200mm, meaning this 200mm is very expensive. Even if it covers the same focal length as a 400mm f/2.8 from Canon or Nikon, which cost more than $8,000…