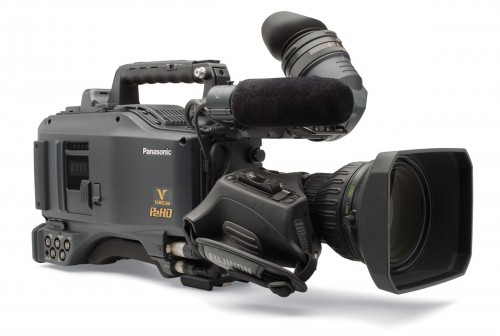 Press Info after the jump. 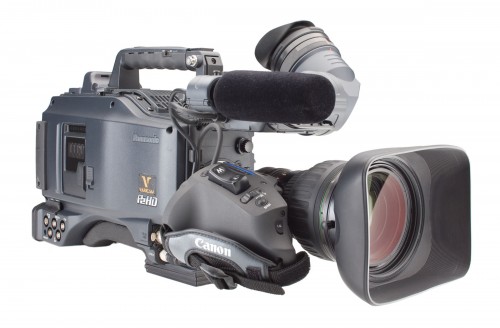 Much more than a marriage of Panasonic’s popular solid-state recording technology and VariCam capabilities, these new 2/3″ P2 HD models greatly advance digital filmmaking with features including master-quality, full-resolution 10-bit 4:2:2 AVC-Intra 100 recording; variable frame rates in 1-frame increments; HD-SDI output of 23.98PsF/24PsF; and a multi-gamma function including Film-Rec for the prized VariCam look, which closely matches the latitude of film stocks.

The benefits of P2 HD solid-state acquisition assure exceptional reliability and a faster, file-based workflow in any shooting environment in which the VariCam 3700 or VariCam 2700 is utilized. Moreover, both P2 HD VariCams are backed by Panasonic’s industry’s leading five-year limited warranty*.

The new flagship model of the P2 HD VariCam line, the VariCam 3700 offers full native 1920×1080-pixel acquisition and independent frame recording with 10-bit/4:2:2 sampling. The HPX3700 2/3″ 2.2 megapixel 3-CCD camera also offers a 4:4:4 RGB dual-link live output to deliver pristine images ideal for composition of visual effects even while recording. Tailor-made for feature films, television episodic and commercial production, the VariCam 3700 records in full-raster 1920×1080 resolution in AVC-intra 100, and records in AVC-Intra 50 and DVCPRO HD as well. Its variable frame rate function has a range from 1fps to 30 fps in 1-frame increments, and it is equipped with three HD-SDI outputs (dual-link plus monitor).

The VariCam 3700 and VariCam 2700 share a high sensitivity of F10 at 2,000 lx. The new P2 HD VariCams incorporate 48-kHz/16-bit, four-channel digital audio recording. Text memos and shot markers can be added. Proxy data recording is possible (with the optional AJ-YAX800G board). Other valuable features include scene files, user buttons, user menu and focus assist functions, and newly-designed two-wheel (ND and CC) optical filters. A new color viewfinder, model AJ-CVF100, designed for both P2 VariCams is planned to be developed for release at the beginning of 2009.