Teased at NAB 2017, the new Panasonic Compact Cinema Camera will be finally unveiled at Cine Gear Expo 2017, according to the company. 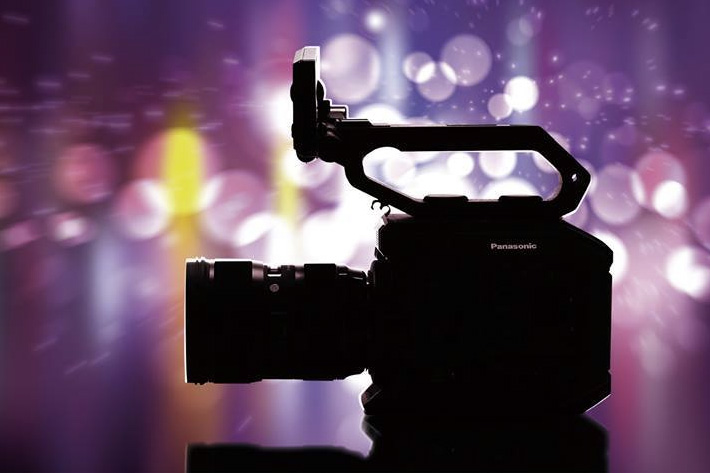 The mysterious camera from Panasonic will be revealed to the world June 2, at the Paramount Theater, during an exclusive preview of the new model.

The new model, covered by a translucent veil, was on show at NAB 2017, with other models that were also making the news during the show: the VariCam LT, VariCam 35, VariCam HS, and VariCam Pure. But the mystery camera was never completely revealed, leaving people to imagine what was under the cloth.

From the type of mount used to the sensor – MFT?, asked some – people imagined their “dream camera” based on what could be seen. The images available were used to guess the sensor size – some say it is Super 35 – while others add that the mount may well be Canon EF. Looking at the form factor, some people suggest that a Sony FS5 and Canon C100/300 killer is about to emerge.

Whatever it is, it may fit within the space that goes from the GH5 to the entry level of the VariCam family. With so many users of the Lumix GH5 asking for another platform that extends its potential in another form factor, Panasonic may have decided it was a good idea to create that camera, as a way to keep people using the brand, even if they move to a new platform.

We know the camera will be released this Fall, that it is a small and lightweight model, able to shoot cinematic images, and offers a lower-cost media and workflow solution. That’s how much Panasonic revealed during NAB 2017.

The Lumix GH5 was an important new model at the NAB 2017 show, but no one could escape the questions raised by a camera hidden in plain view. Panasonic seems to love the veil/unveil solutions, and has used it before when launching models of the VariCam family. The VariCam family, which debuted in 2014 with the release of the VariCam 35 and VariCam HS cameras, represented a new endeavor to Panasonic, as the company was, in fact, re-entering the production camera market.

Two years after returning to the production market, Panasonic expanded its production camera lineup with a lower cost model, the AG-DVX200, followed by the VariCam LT, designed for the middle of the market. Kunihiko Miyagi, Director of Panasonic Professional Imaging, commented, last September, that the company “worked hard to ensure that our products meet the needs of all types of users”.

Panasonic has always been known for their broadcast portfolio of solutions and now they are revolutionizing the way broadcasters capture, deliver, and produce content. The Varicam line presented at NAB 2017 is such an example, but apparently the company kept one more surprise under wraps, and is finally showing it during Cine Gear Expo 2017.

The choice of Cine Gear Expo 2017 to finally reveal the new compact cinema camera is quite interesting, if we think that in 2016 another company used the event to present a revolutionary breakthrough in image acquisition and workflow; then, Panavision introduced the working prototype of the Millennium DXL Camera. The DXL was developed through an unprecedented combination of three companies’ best-in-class contributions: large format optics and modular accessories from Panavision, an 8K sensor from RED Digital Cinema, and new color science and optimized workflow from Light Iron.

Although we’re talking different cameras, it seems as if Panasonic paved the way to have a strong audience when on June 2 those present at the Paramount Theater see, for the first time, the new camera. Panasonic teases us with a “be the first to learn more details on what is sure to be the industry’s most anticipated camera”.