The new Panasonic DMC-G7 has the mandatory 4K everybody seems to want, but this is not a model for professionals, although Panasonic states it offers professional video: this is the camera offering 4K for everyone. 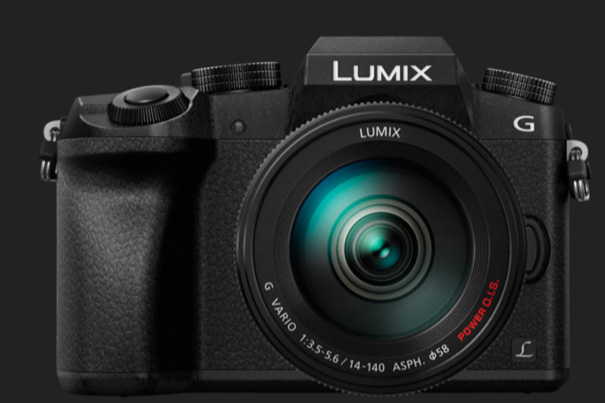 It’s never been so easy to capture professional looking photos and 4K video, states Panasonic opening their press-release for the new brother of the GH-4 powerhouse from the company. Available at half the price of the GH-4, this should not be confused with that model, which is the tool many videographers have chosen from Panasonic’s stable.

It up to users, obviously, to decide if they can use the camera professionaly or not, but no one can say that Panasonic didn’t, without a doubt, state who the new model was created for. The G7 was conceived so it does not compete with the GH-4 (that’s what the H is there for, I guess…) but it can very well be a second camera to many users – professionals included – and also a “do it all” model for someone that wants to explore 4K but does not want to pay more than the $800 this model will cost. 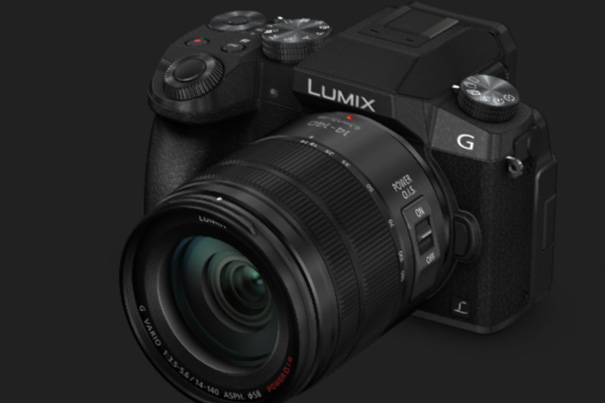 The Lumix DMC-G7 has the same 16-megapixel Live MOS sensor that has become the norm in Micro Four Thirds models. According to Panasonic information, the sensor “operates much like the larger sensors found in traditional DSLR cameras. The G7, however, also features a next-generation intelligent image processor that produces video and photos free from artifacts that degrade image quality. You can even capture stunning, high-quality images in low light conditions up to an amazing ISO 25,600. The LUMIX G7 also compensates for common image-quality problems caused by shooting with a small lens aperture.” Here is something that will interest those that will have the camera available for testing. 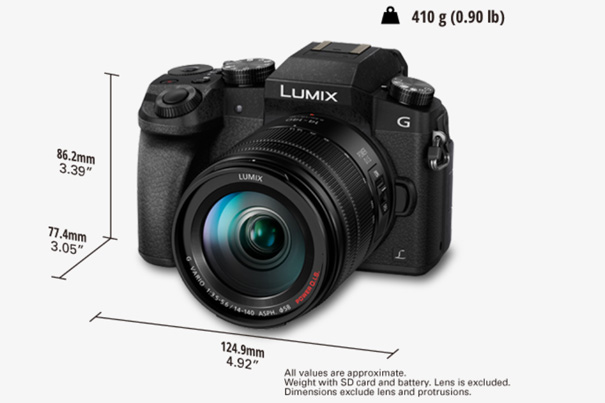 The G7 also includes a 4K Photo function, which allows you to play, pause, and extract individual high-resolution photos from 4K Ultra HD video filmed at 30 frames per second so you’re assured of capturing those split-second magical moments.

A bonus for photographers that never know what they want, the 4K Photo Function offers three ways to get the perfet shot:

Featuring a “retro modern design”, the Lumix G7 is smaller and lighter than traditional DSLRs, says Panasonic, yet still provides intuitive, easy access to common functions. Easily control aperture and shutter settings with the front and rear dials while making white balance and ISO adjustments on the fly. You can also assign favorite settings to any of the six function buttons, or simply capture the shot by activating the exclusive 4K Photo Mode from the feature drive mode dial.

When it comes to video, the Lumix G7 can record high-resolution QFHD 4K video in 3840×2160 at 30p or 24p in MP4 in addition to the Full-HD 1,920 x 1,080 60p video in AVCHD Progressive or MP4 (MPEG-4 / H.264) format with practical full-time Auto Focus (AF), and does it directly to an SD card. The camera is compatible with newer BUS Class UHS-I/UHS-II SDXC/SDHC SD cards capable of storing high-resolution 4K videos, and meeting the demands of 4K Photo and RAW mode burst shooting. Alternatively it is possible to record to an external recorder, through the HDMI port, it seems, although this information is still not confirmed. 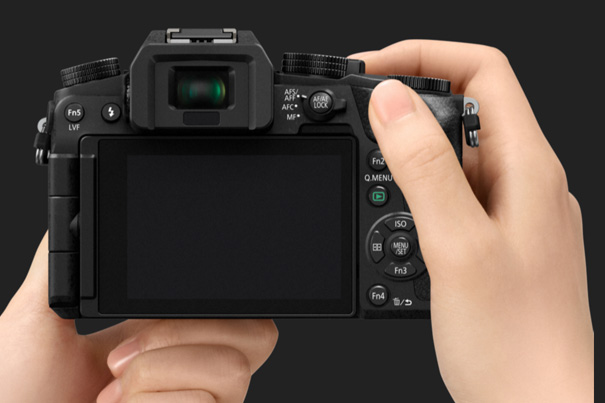 The Lumix G7 is, from the information available, not offering all the options, in terms of video, some advanced users may need/want. But it surely puts 4K within reach of everybody, at a price that makes it difficult to look elsewhere. Being an interchangeable lens mirrorless camera, it can use all the lenses available for the Lumix GH-4, making it a good investment for those that owning a GH-4, may need a second body for B-Roll, for example. And for any indie videographer on a budget, this seems to be a step in the right direction. Field tests that will soon start to appear online will confirm if Panasonic has really created the camera that will make it easy, for everyone, to capture professional looking photos and 4K video.