The second “box- style” camera from Panasonic may look similar to the Micro Four Thirds model, LUMIX BGH1, but is a completely new camera, built around a 24-megapixel full-frame sensor. 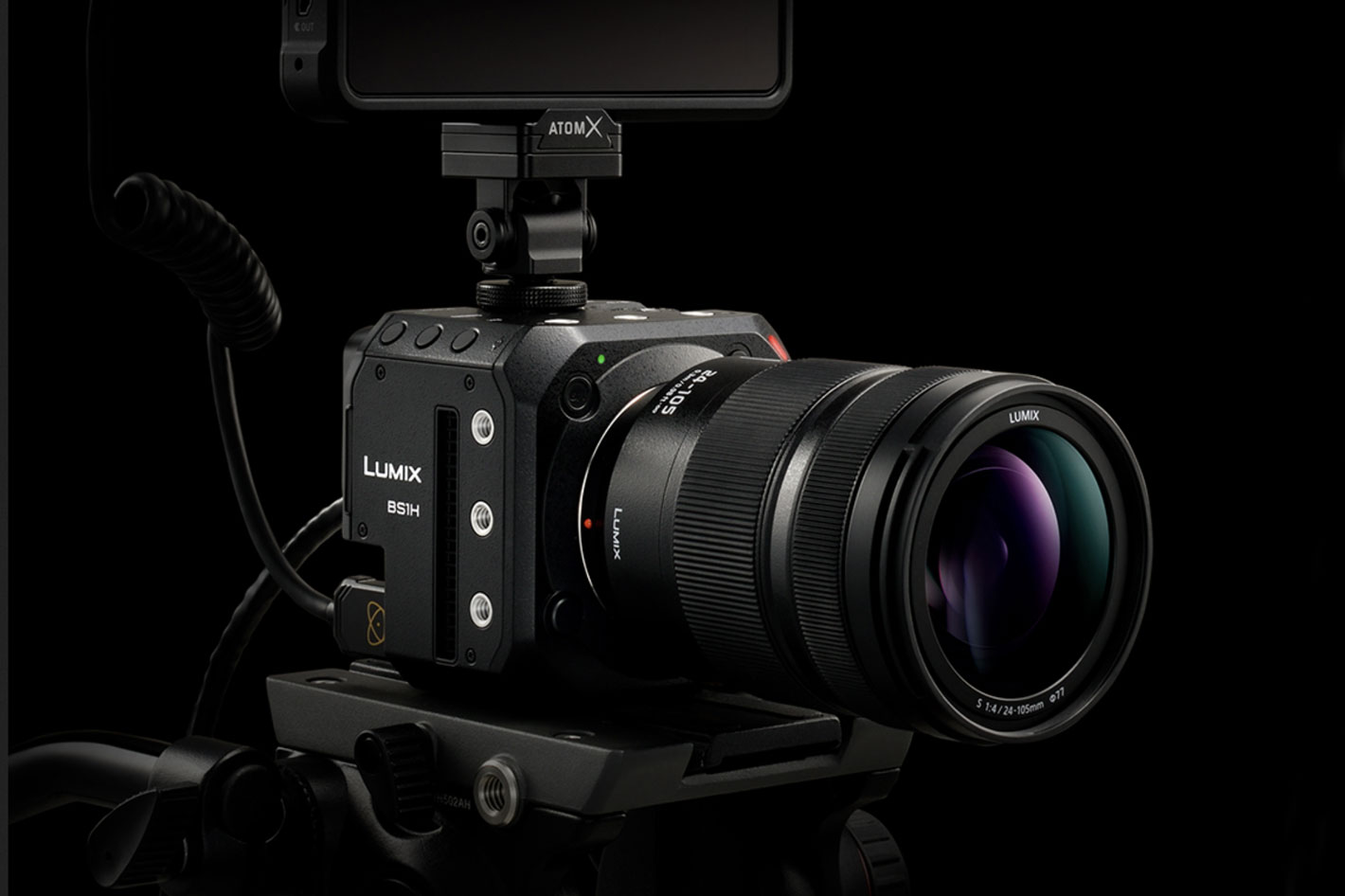 The rumors are finally confirmed, and the new camera is announced: the new full-frame box-style LUMIX Digital Single Lens Mirrorless Camera, the DC-BS1H. As its name suggests, the LUMIX BS1H is a versatile box-style camera – like the LUMIX BGH1 – that combines the cinema-quality video performance of the LUMIX S1H with an easy-to-deploy box-style profile. The LUMIX BS1H accommodates a 24-megapixel full-frame sensor with Dual Native ISO technology and includes features such as 6K full-area high resolution recording, impressive bokeh, excellent low-light performance, wide dynamic range of 14+ stops, V-Log and more.

Panasonic says that “the high connectivity and mobility of the BS1H enable users to flexibly use the camera to create their ideal camera system according to the scenario. In addition, consistency among their images minimizes post-production processing when used alongside other Panasonic LUMIX production cameras such as the BGH1 or the S1H.” 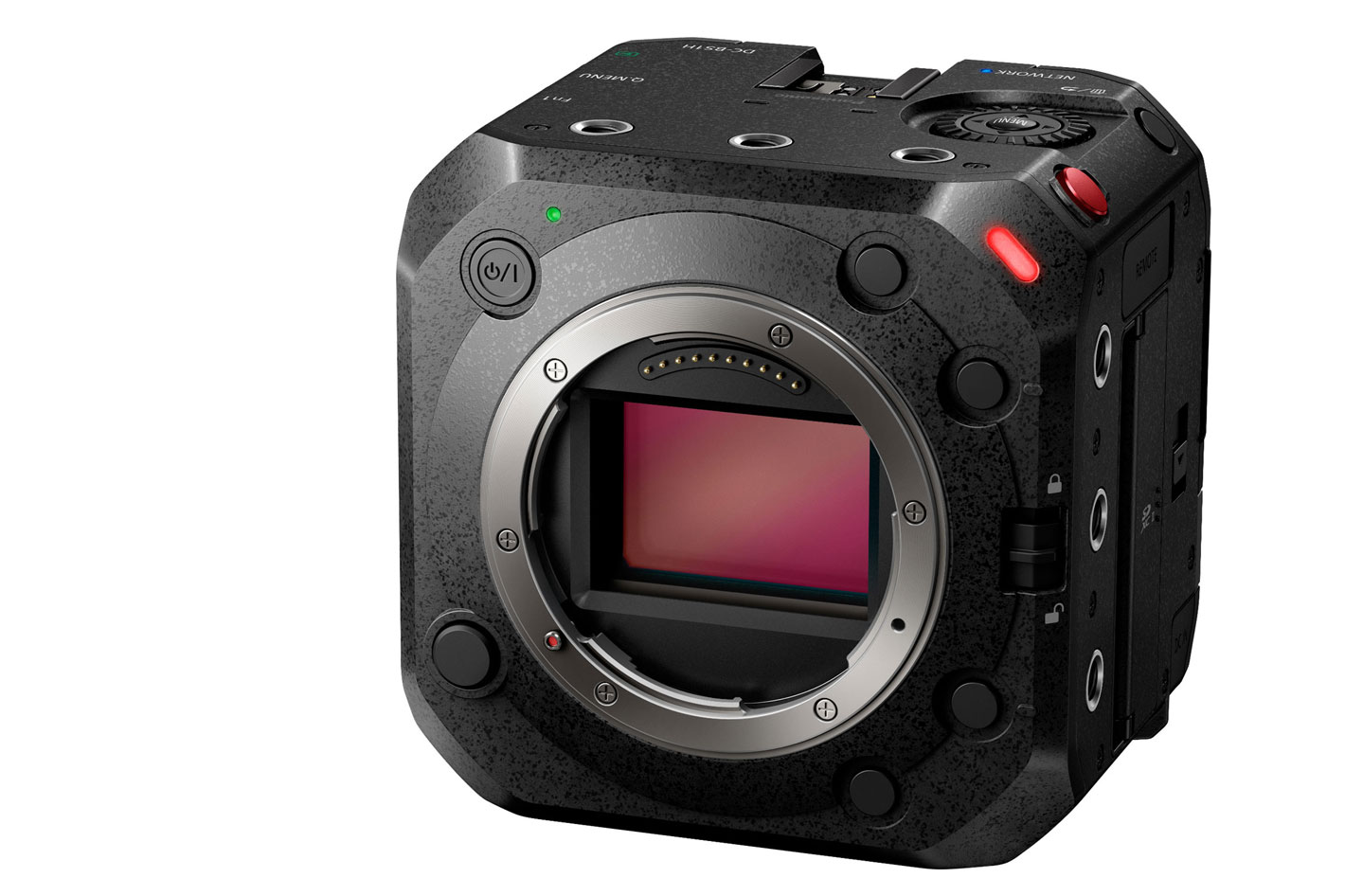 Here is a description of the new camera as shared by Panasonic:

The BS1H contains a 24.2-megapixel 35mm full-frame CMOS sensor (35.6 mm x 23.8mm) that captures 6K resolution. With an active resolution of 6,024 x 4,016, the BS1H delivers approximately 24.2 million photosites. Adoption of an OLPF (Optical Low Pass Filter) suppresses moire and false color. The image sensor with Dual Native ISO in the BS1H minimizes noise generation by choosing an optimal circuit to use according to the sensitivity before gain processing. In combination with optimum signal processing by the Venus Engine, it assures maximum ISO 51200 high sensitivity recording with minimum noise.

Maximizing the use of the pixels in the full-frame image sensor, the LUMIX BS1H is capable of 6K/24p, 5.4K/30p (3:2 aspect ratio) or 5.9K/30p (16:9 aspect ratio) high-resolution, smooth video recording. It also provides 10-bit 60p 4K/C4K HEVC video recording when using the image area equivalent to Super 35mm. The 4:2:2 10-bit 4K30p is recordable in H.264 at its full area. Its high-resolution data can also be used for creating 4K videos with higher image quality or for cropping images in 4K.

The LUMIX BS1H imports the renowned colorimetry of the VariCam lineup of Panasonic cinema cameras, enabling filmmakers to capture accurate colors and rich skin tones. The LUMIX BS1H delivers 14+ stops of Dynamic Range with a V-Log to precisely reproduce everything from dark to bright areas. V-Log/V-Gamut delivers a high dynamic range and broad colors and creates a greater level of play for the images in post-production processes. The LUMIX BS1H’s CMOS sensor achieves a wide color gamut known as V-Gamut, which is the camera’s optimum color space and achieves a color space that is wider than BT.2020. V-Log has log curve characteristics reminiscent of negative film and V-Gamut delivers a color space even larger than film.

The LUMIX BS1H also provides real-time subject detection with an advanced deep learning technology to set precise focus on the target subjects such as humans and animals even moving at fast speeds. 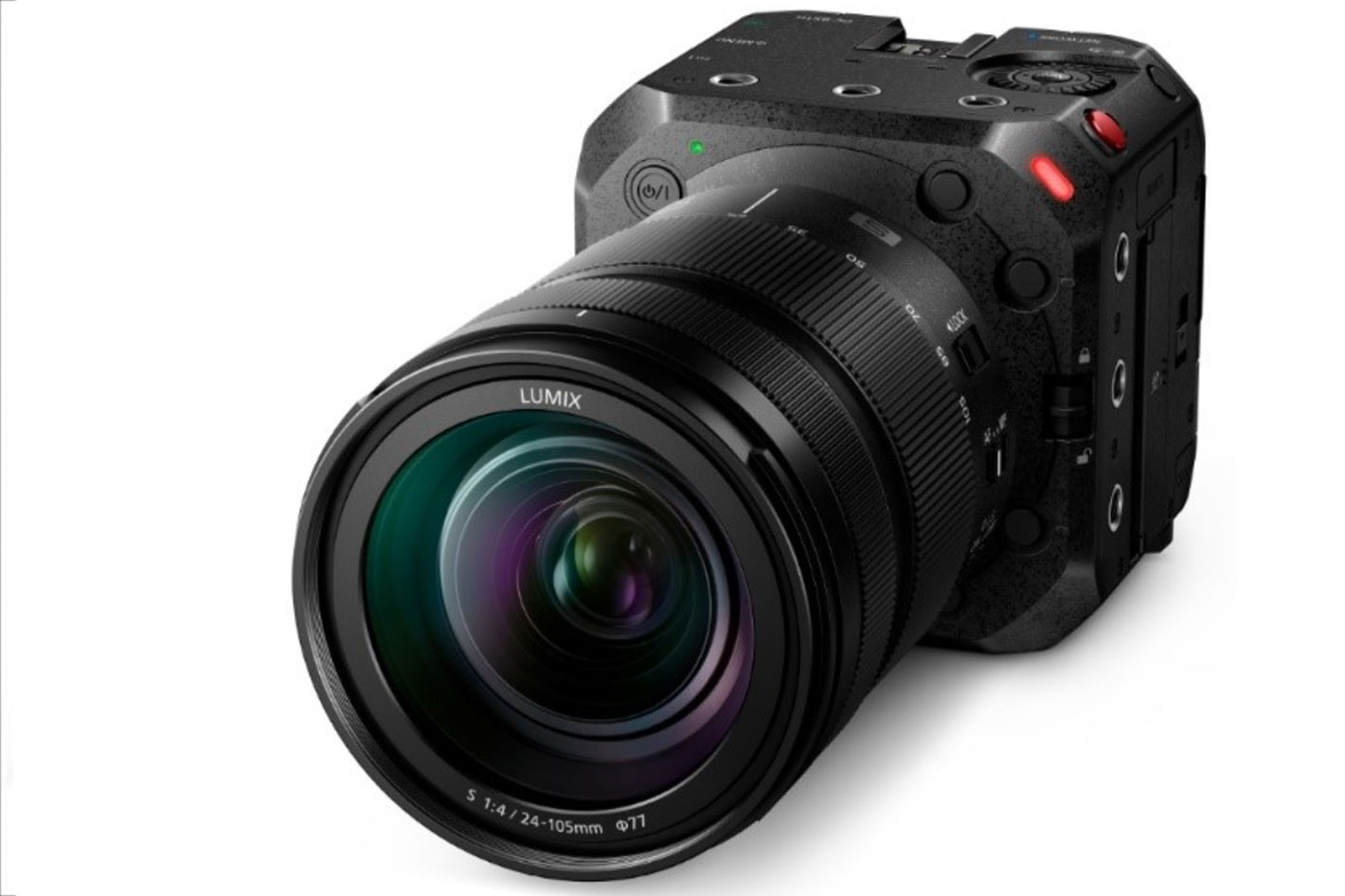 A versatile camera for live streaming

-V-Log or V709 is selectable on the external monitor through SDI during RAW output.

The VFR (Variable Frame Rate) lets users record over cranked / under cranked video in C4K/4K (60 fps, maximum 2.5x slower in 24p) and FHD (180 fps, maximum 7.5x slower in 24p). The minimum frame rate for quick motion video is 2 fps. In addition, HFR (High Frame Rate) video with sound is recordable even when using auto focus. Further, a variety of effects are available for producing a slow-motion video through the postproduction process.

To support a growing need for live streaming, the BS1H provides an IP streaming function that enables distant, high-quality image transmission to the social streaming platform online with PC connection over wired LAN. Notably, the LUMIX BS1H can stream 4K 60p (50p) video in H.265. The H.265 realizes half the bitrate while keeping the image quality the same as H.264, which means it can provide 2x higher image quality at the same bitrate as H.264. Streaming in ultra-high definition 4K at low bitrate is possible even in the cases where the bandwidth is not broad enough.

Composed of aluminum and magnesium alloy, the LUMIX BS1H body frame enables a compact and lightweight, yet durable, box-style camera, and provides a variety of practical ports. In addition to a USB 3.1 Type-C, a 3G-SDI (BNC) and an HDMI Type-A terminal are equipped, which can be used for simultaneous output. Moreover, Genlock IN (BNC) and Timecode IN/OUT (BNC) functions which enable multi-angle synchronized video recording are available to build a scalable system with manufacturer-agnostic external monitors, rigs and gimbals. When connected to LAN, Power over Ethernet+ (PoE+) makes it is easy to install both physically and electrically. Control over maximum 12 sets of LUMIX BS1H cameras is available using Panasonic PC software LUMIX Tether for Multicam. The LUMIX BS1H is also equipped with a double SD Card slot for backup recording or relay recording.