Not one but two mirrorless cameras from Panasonic announced at CES 2023: meet the all new LUMIX S5IIX and LUMIX S5II, the first coming this Spring the second next Winter. 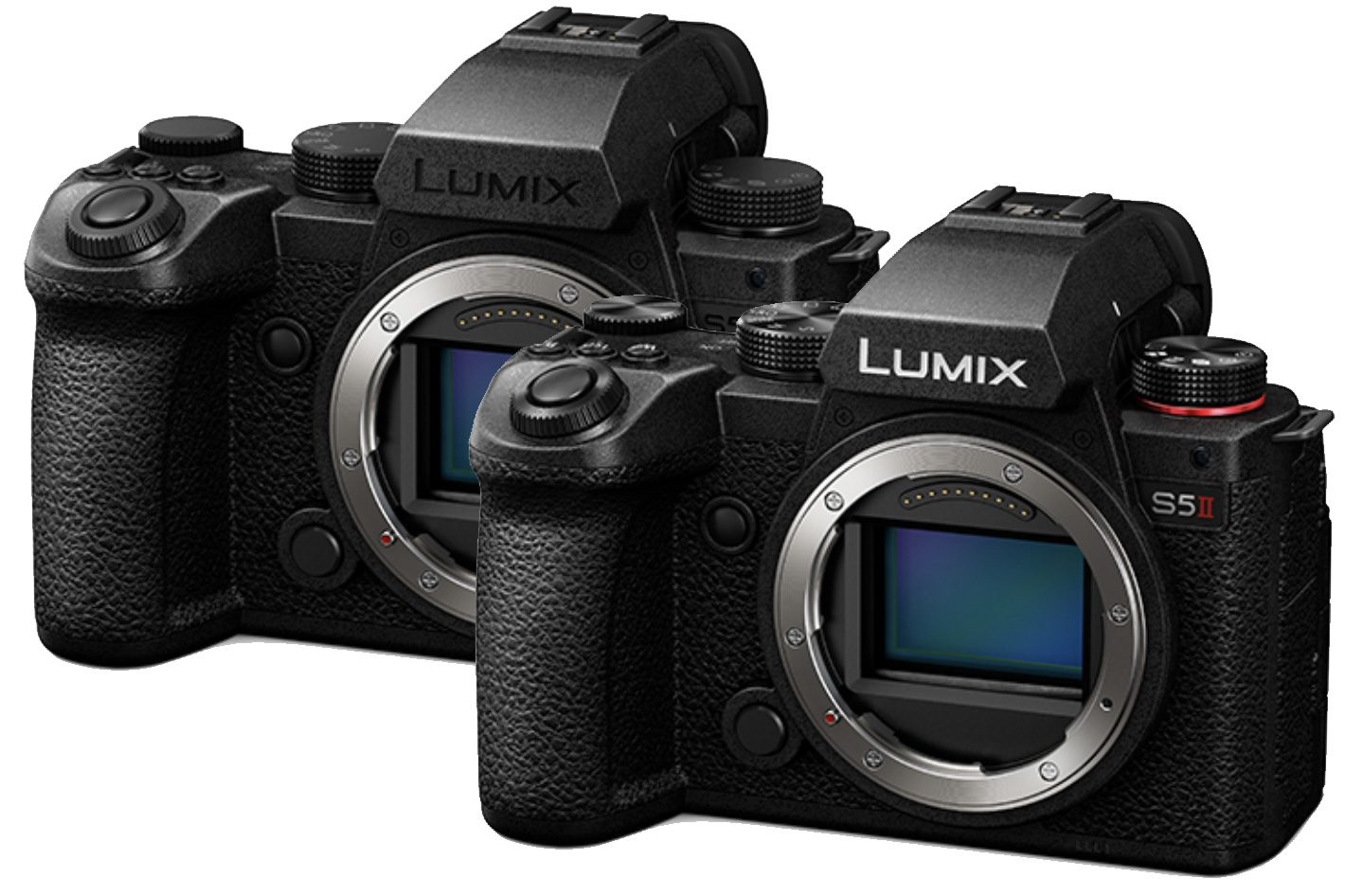 Announced as groundbreaking additions to its LUMIX S Series mirrorless camera range, the sleek matte black LUMIX S5IIX and the classically styled LUMIX S5II offer, according to Panasonic, “incredible performance in both photo and video capture and stunning lightweight mobility, these L Mount cameras are designed to fulfil the demands of the most ambitious creators while representing exceptional value for money.”

Both models feature new imaging engine developed within the L2 Technology partnership formed by LEICA and LUMIX, and are also built around a newly developed 24-megapixel 35mm full-frame CMOS sensor. The sensor supports Hybrid Phase Detection Auto-Focus, a first for LUMIX cameras, while the new engine provides superb image quality and high bit-rate video performance on a par with the LUMIX S1H.

The LUMIX S5II and S5IIX are the first LUMIX cameras to offer Hybrid Phase Detection Auto-Focus (PDAF) and that’s a key development for LUMIX, which was not as fast as models from other brands. Panasonic believes that the new system answers requests from professionals. The cameras use a new Phase Hybrid AF system combining PDAF with Contrast Detect AF. 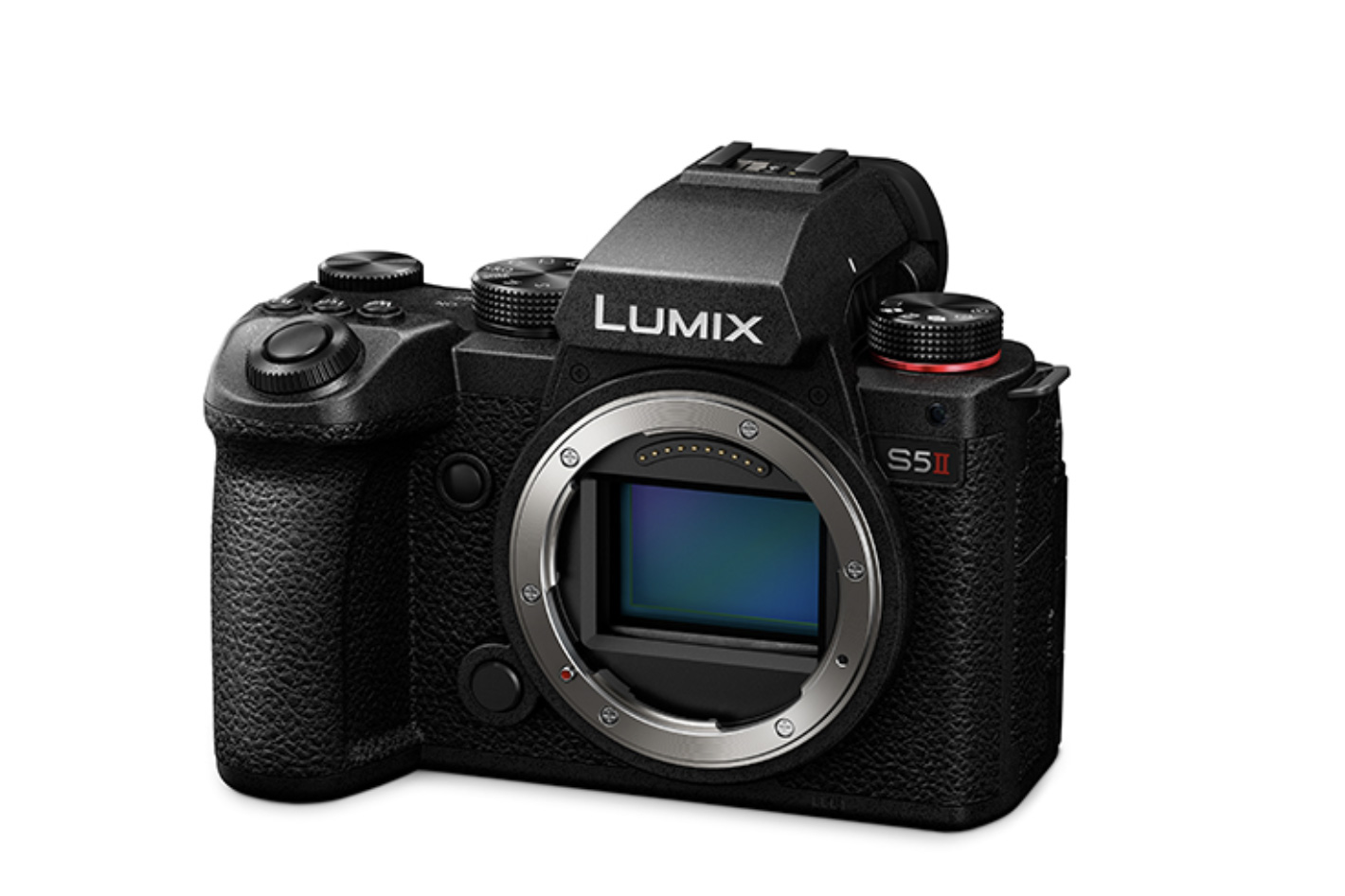 A wealth of video functions and recording options

Fast and dependable and providing 779-area metering, the new system is able to detect target subjects in difficult conditions such as low light and backlighting and, once locked on, will remain tracking them even with other moving objects in the frame. According to Panasonic, continuous AF during zooming and AF micro adjustment are also available, but users should be aware that conventional zoom lenses require firmware update to use Continuous AF during zooming.

Video being a key feature of the LUMIX series, the two new cameras offer a wealth of video functions and recording options. The new engine gives the LUMIX S5IIX and S5II video recording capabilities including internal 4:2:0 10-bit 6K (3:2) and 5.9K (16:9) at 30fps and 4:2:2 C4K and 4K at up to 60fps, while a new low-profile heat management system allows for unlimited recording times1 without increasing the size of the camera body. The cameras also support HFR (High Frame Rate) recording at up to 120fps and Slow & Quick capture at up to 180fps.

The LUMIX S5IIX is capable of 5.8K Apple ProRes recording to SSD via HDMI or USB, and ALL-Intra Recording. Additionally, the S5iiX can support Apple Pro Res RAW video output to Atomos. It also supports wired and wireless IP streaming and USB tethering.

A range of picture profiles including 14+ stop V-Log/V-Gamut are available on both models, as well as a new REAL TIME LUT function enabling colour grading LUTs to be uploaded to an SD card and directly applied in-camera rather than in post-production. 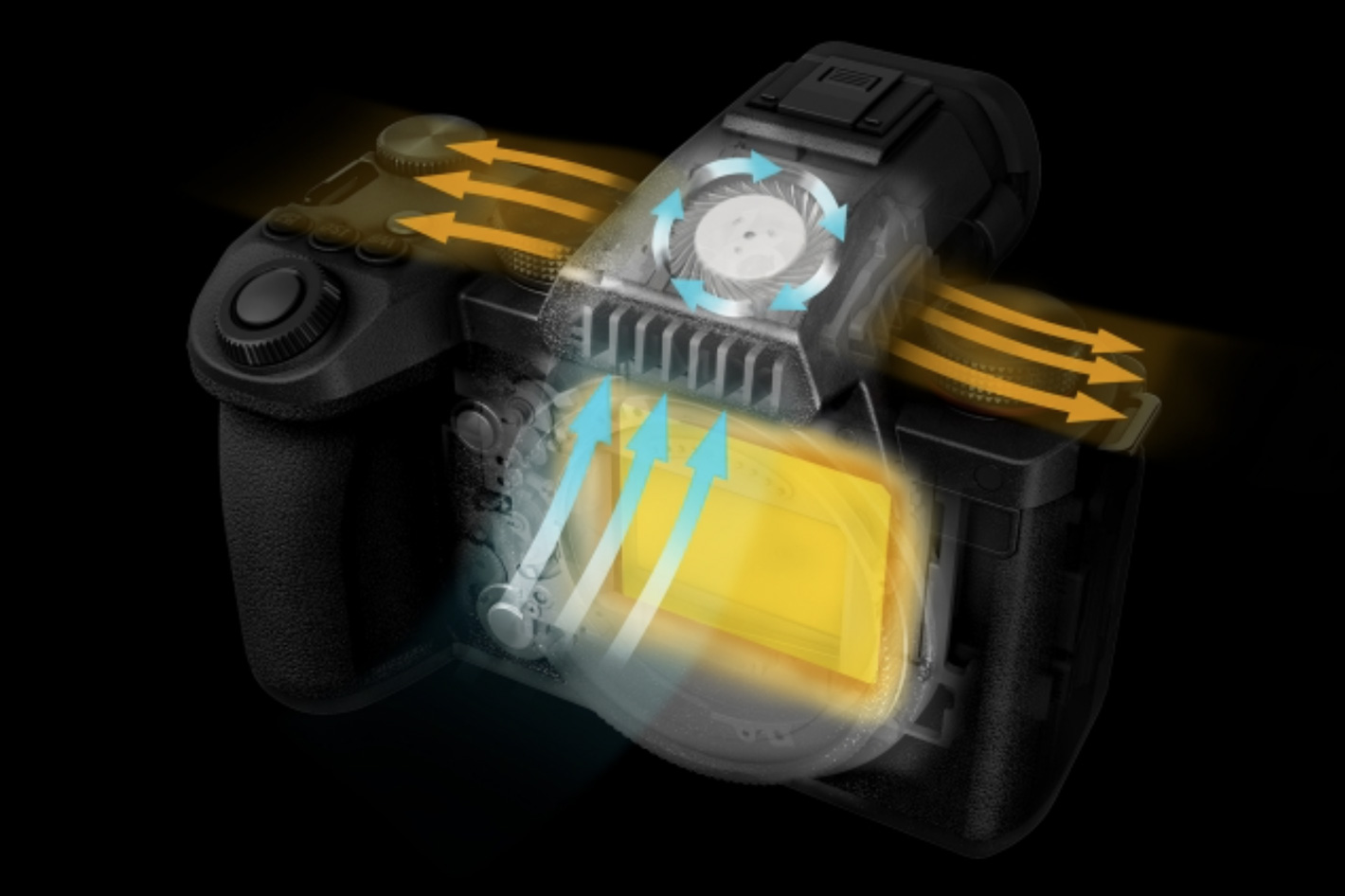 In response to requests from professional users, functions such as Waveform Monitor, Vector Scope and Zebra Pattern have been added, as well as features such as System Frequency (24.00Hz) and Synchro Scan.

Clear and realistic 48kHz/24-bit audio can be recorded by the built-in or an external microphone, while high-resolution 96kHz/24-bit recording is possible with external and XLR microphones.

Panasonic claims that thanks to host of new and improved features, the LUMIX S5IIX and S5II are able to deliver truly astounding photo and video performance, including high-speed burst shooting at up to 9fps with mechanical shutter and 30fps with electronic shutter (capable of capturing up to 300 images), a 96-megapixel High Resolution Mode (JPEG/RAW) and Dual Native ISO sensitivity, which minimises noise and allows a maximum ISO of 51200 (204800 when Extended).

The LUMIX S5IIX and S5II also boast an upgraded image stabilisation system to greatly enhance handheld shooting in a wide range of conditions and situations. The new Active I.S. provides highly stable video recording by optimising horizontal, vertical and rotational correction. Compensating as much as 200%2 compared to conventional stabilisation, Active I.S. is especially effective in traditionally challenging conditions for handheld shooting, such as using telephoto lenses or filming while walking. 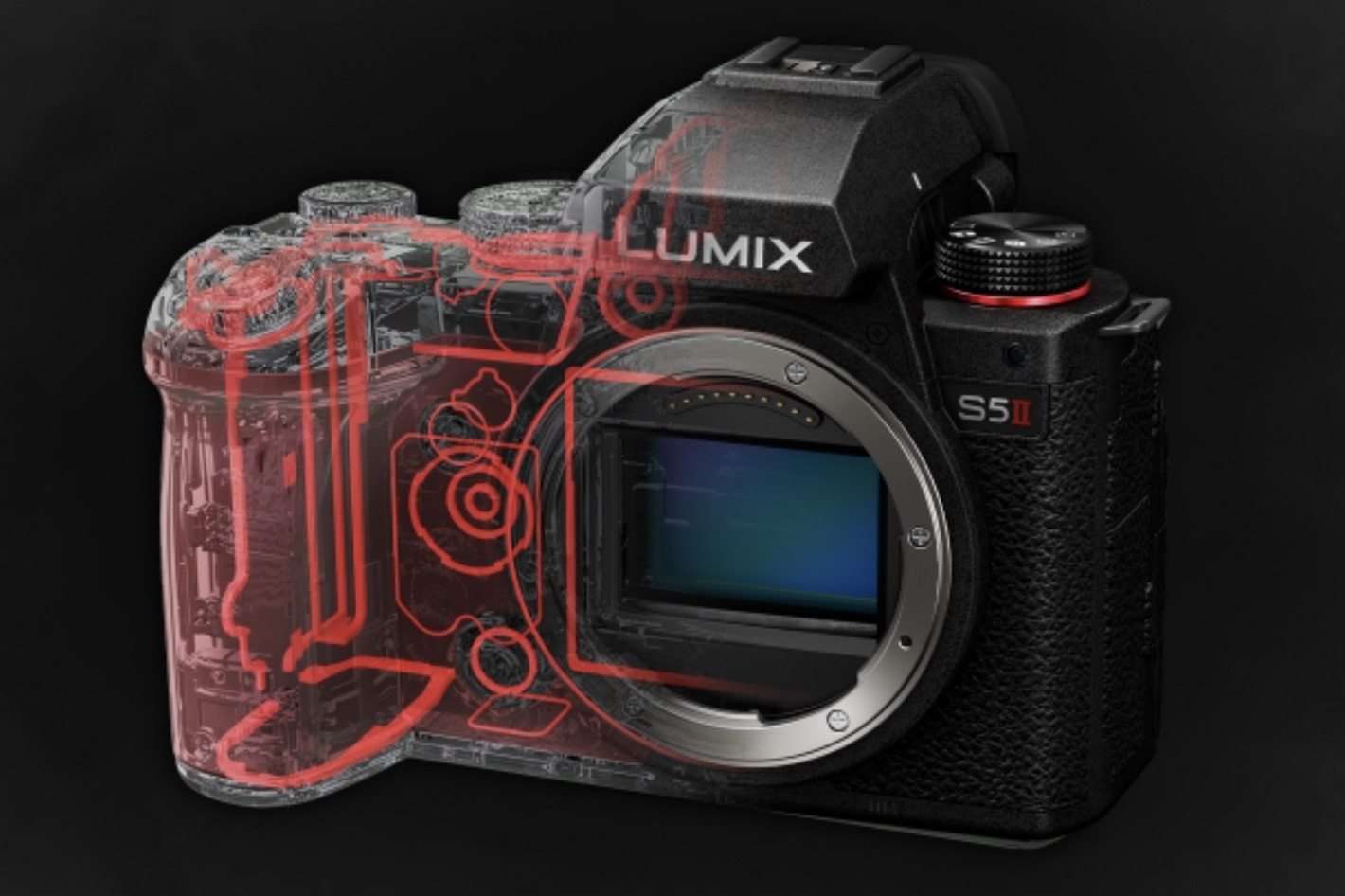 The cameras are built to robust standards for in-field use, with magnesium alloy die-cast front and rear frames and a splash- and dust-resistant1 construction.

Dual card slots (both UHS-II) support Relay Recording, Backup Recording and Allocation Recording and the 2200mAh high-capacity battery can be recharged via AC or USB.

Panasonic says that users will be able to further enhance LUMIX S5IIX and S5II performance through a future firmware update, which will add a host of functions including RAW data output and Live View Composite. More information on the update will be announced ahead of its release. The LUMIX S5II and LUMIX S5IIX are qualifying products for the LUMIX PRO program. The LUMIX PRO program is designed to support LUMIX users when they need it the most, with a range of benefits available to members not only in their own countries but also in countries that they visit for work. Check out www.lumix-pro.com for details and Terms & Conditions, on eligible levels, countries and products. 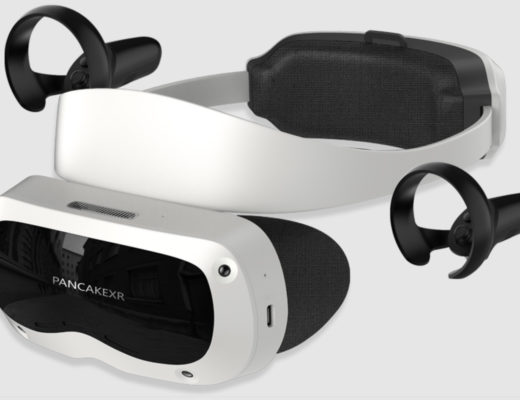