Leica Camera AG and Panasonic signed a new strategic comprehensive collaboration agreement that expands on the L-Mount Alliance created in 2018. 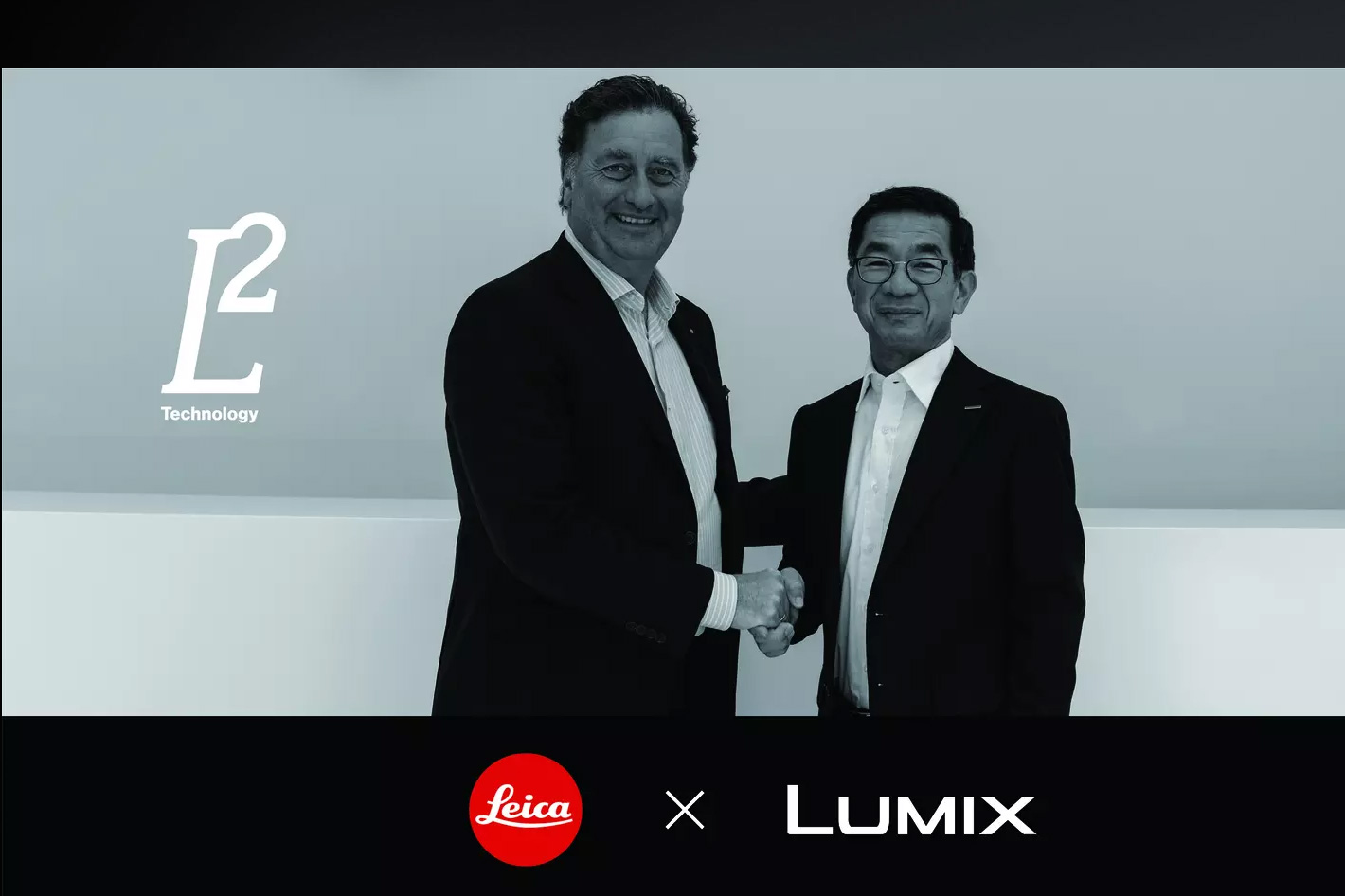 Leica and Xiaomi announced recently they aim to create a new era of mobile imaging and now Leica partners with Panasonic to announce L2 Technology and the path to a new imaging world.

We’ve been promised not one, but many Metaverses – which are a modern version of Second Life, with modern virtual money instead of Linden dollars – and now we also know that new imaging worlds are coming. One, announced by Xiaomi and Leica Camera recently, will bring a new era of mobile imaging; the second, which also has Leica as one of the partners – Panasonic is the other -, promises something similar: a new imaging world.

Leica and Panasonic are not new to partnerships. Their cooperation goes as far back as August 2000. Initially, the companies had signed a cooperation agreement for lenses of digital, audio-visual equipment, and in 2001 the decision was made to cooperate in the digital camera sector as well. Since then, the companies have steadily expanded their technological cooperation.

Launched on 25 September 2018, the L-Mount Alliance is an alliance between Leica Camera AG, Panasonic and Sigma whereby Panasonic and Sigma make use of the L-Mount standard initially developed by Leica and offer cameras and lenses utilizing this lens mount with improved firmware and full compatibility among these Alliance products. Since 2021, Ernst Leitz Wetzlar GmbH also uses the L-mount standard developed by Leica for their own developments and thus also offer cameras as well as optics with this lens mount. 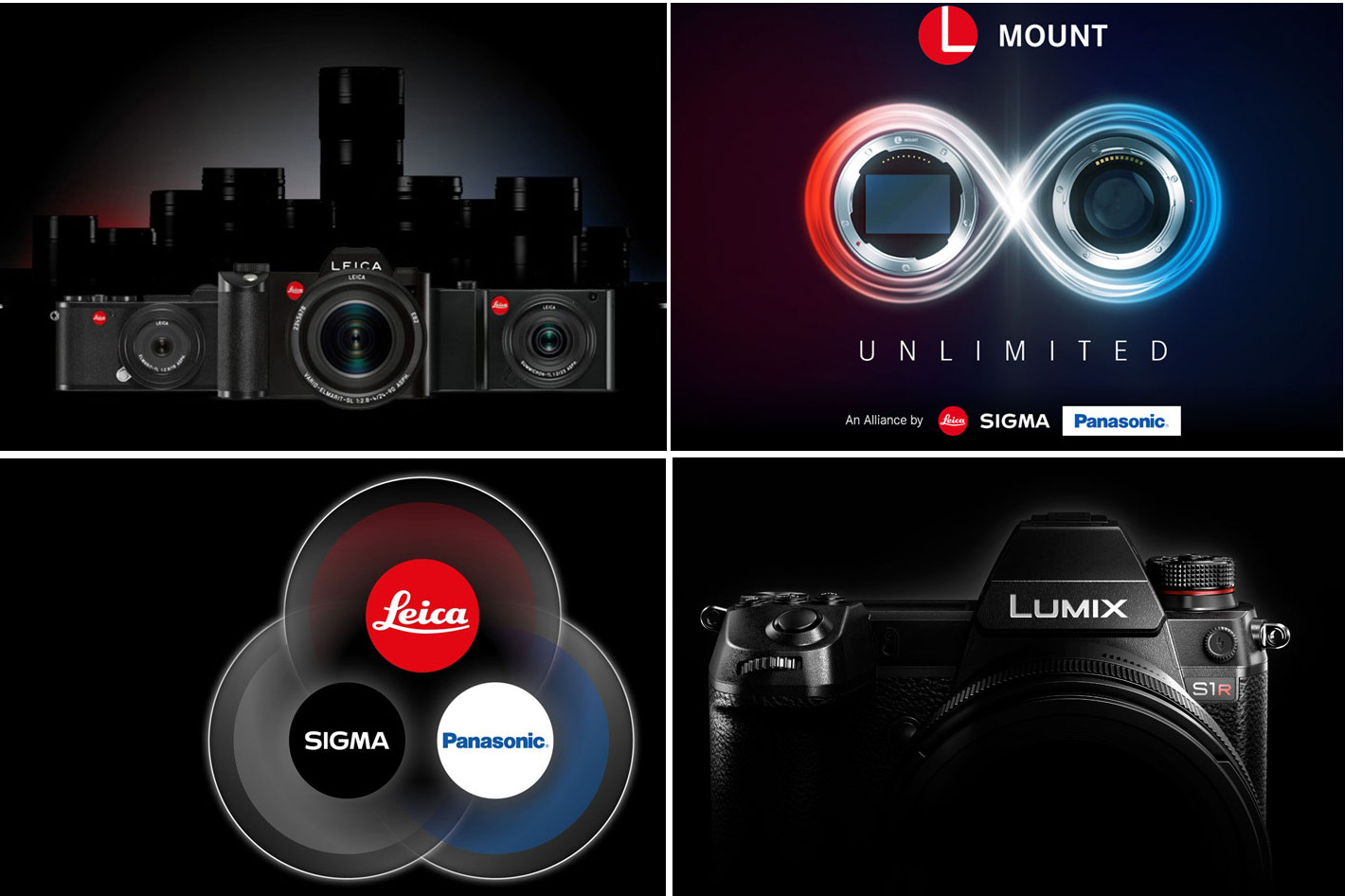 The L-Mount was developed by Leica Camera under the proviso of providing customers with a future-proof, flexible, robust and precise bayonet mount that would fulfil even the most demanding photographic needs. Since its initial appearance in 2014 within the Leica T, development of the L-Mount was continued by Leica as well as by its strategic partners, which led to significant improvements and therefore an effectively new and more polished L-Mount technology.

Now, as noted above, it’s time for a new alliance, the L2 Technology, which will unify the strengths of two brands, Leica and LUMIX (Panasonic). L² Technology, as it’s named, represents a symbol of the collaboration by combining the technologies and know-how of the two companies in the fields of new camera and lens products and next generation software, and create technologies and solutions that deliver new value in the new era.

Through this collaboration, both companies will be able to maximize the synergies by Leica’s optical and imaging technology and Panasonic’s video and digital technology that have been cultivated over many years in the camera and imaging market, and jointly explore new creativity and expressive power. They will continue to develop innovative L² Technology that will create a new imaging world.

According to the information made available, the two companies will jointly invest in new technologies that can be incorporated into camera and lens products, and will incorporate jointly developed technologies into each other’s Leica and LUMIX products to further enhance their product capabilities. Going forward, Leica and LUMIX will utilize L² Technology, which will open up new possibilities for creative camera users, in their marketing activities in order to develop a collaborative system over the long term. 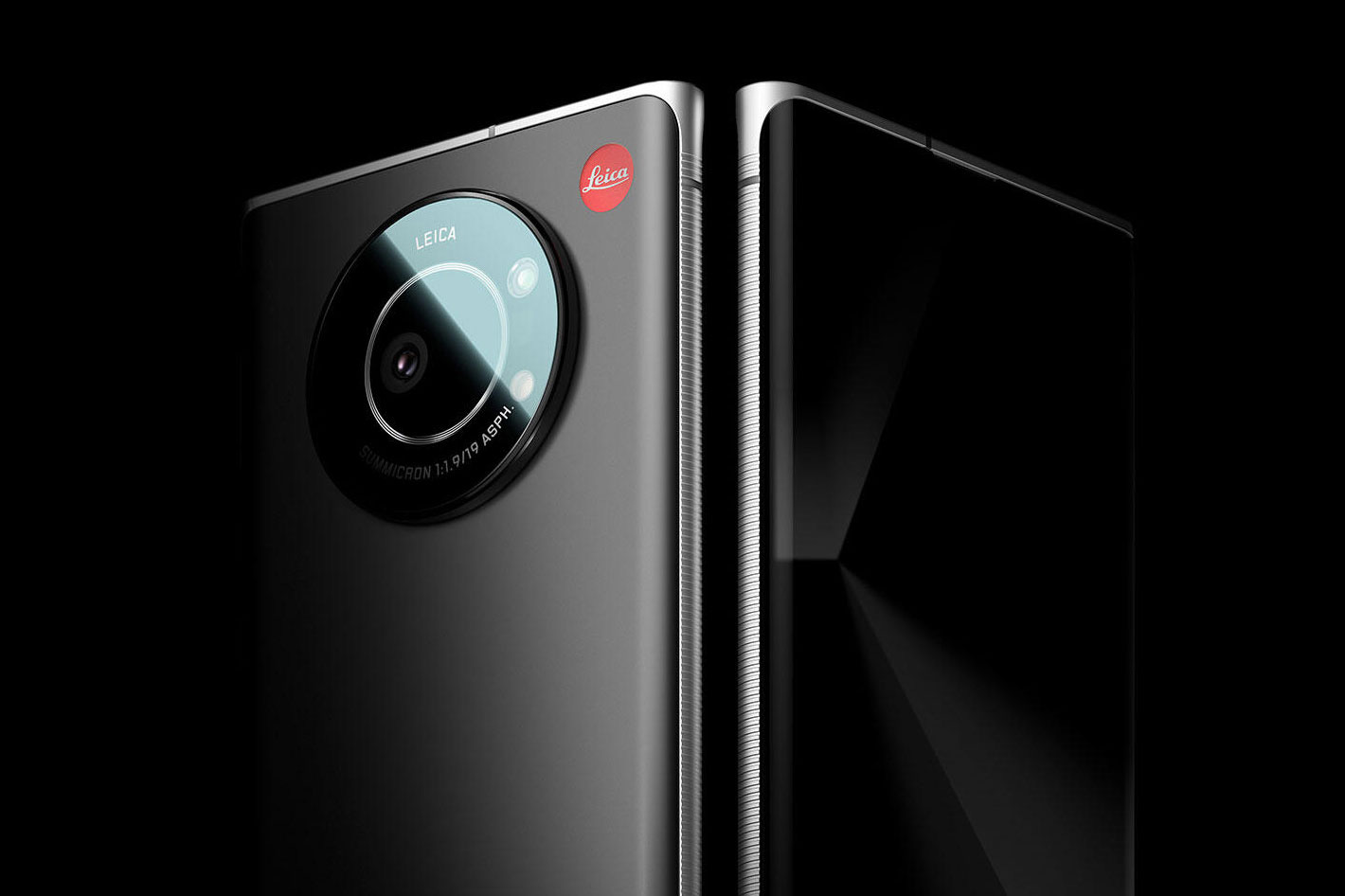 Will cameras get computational photography?

“With the arrival of an era in which photos and videos are shared globally in real time, cameras are required to have capability to create more impressive and breathtaking expression. I have always been impressed by the high picture quality and the picture-making philosophy that Leica has developed over its long history. I am very pleased and excited to continue working with Leica to develop technology that will enable people around the world to share their emotions,” said Akira Toyoshima, CEO of Panasonic Entertainment & Communication Co.,Ltd.

“We have been working with Panasonic for many years in a spirit of partnership and trust, and their extensive expertise is undisputed. The combination of our competencies in L2 Technology is another milestone in the partnership and proves that the best way to meet today’s challenges in the camera market is not to segment and specialize, but to deepen capabilities in order to jointly create solutions for the future,” said Matthias Harsch, CEO of Leica Camera AG.

It’s an interesting partnership, and one must wonder how much this “new imaging world” will reshape the imaging landscape regarding conventional cameras. As smartphones offer more and more options derived from bridging computational and conventional photography, will we see new camera models expand to offer some of those technological advancements that are cherished and taken for granted among smartphone users? Will that be enough to make those who use smartphones for photography and video look with more attention to cameras? Is that even viable or desirable? 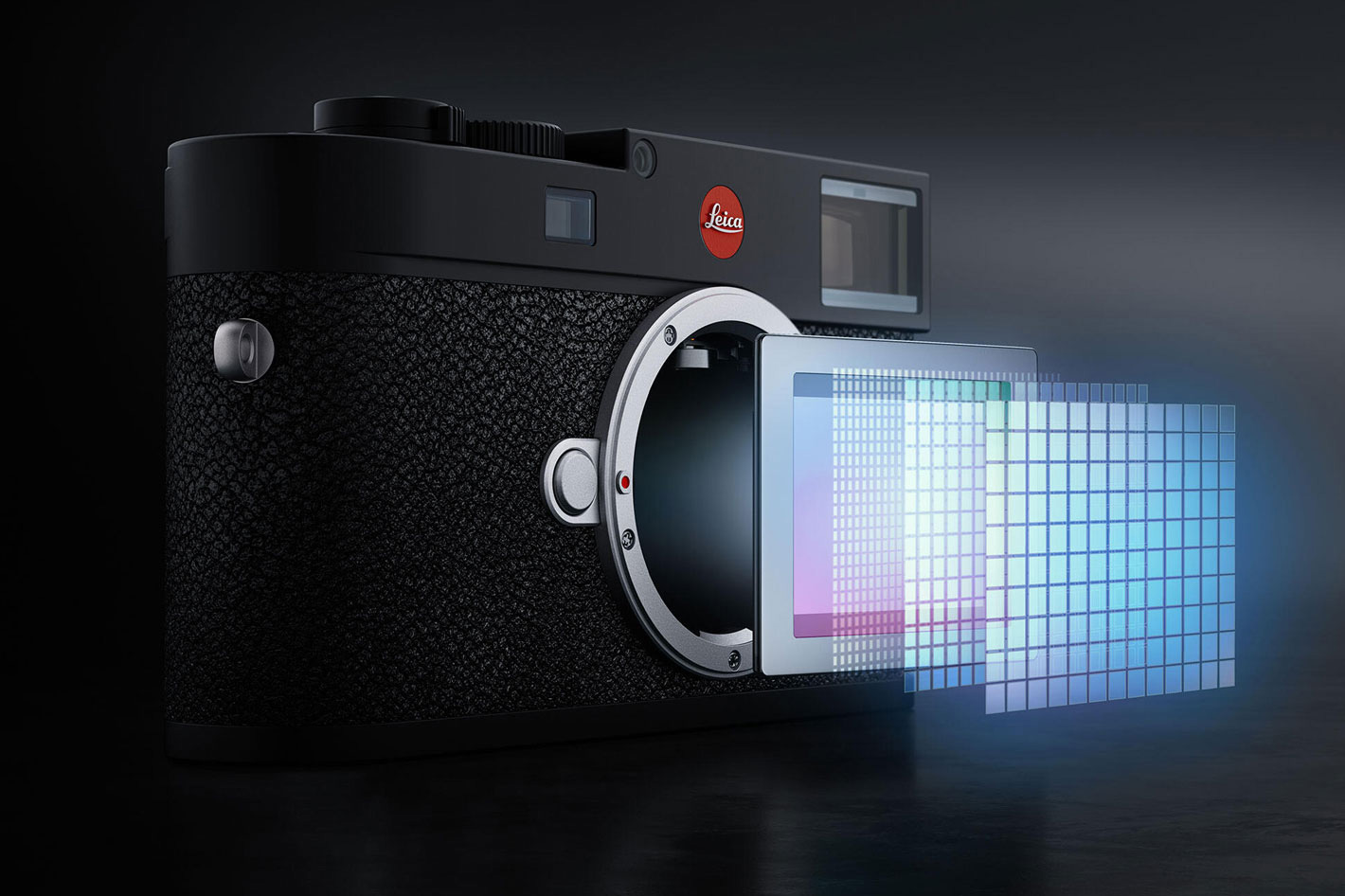 It may be too early to have answers for all those questions, but reading between the lines of what was said by Akira Toyoshima, from Panasonic and Matthias Harsch, from Leica, the notion that “the best way to meet today’s challenges in the camera market is not to segment and specialize, but to deepen capabilities in order to jointly create solutions for the future”, the promise to “further enhance their product capabilities”, and the urgency “to develop technology that will enable people around the world to share their emotions” leaves open the door for the introduction of technologies from other segments of the market – smartphones? – in future cameras.

One recent good example of this is the new Leica M11, which introduced a new type of sensor, a full-frame BSI CMOS sensor with Triple Resolution Technology with 60, 36 or 18 megapixels, a pixel-binning process we’ve mostly seen in smartphone photography. While Leica’s reasoning for offering Triple Resolution Technology is different from the reasons why pixel-binning is used in smartphones, it’s interesting to see the technology being used here. And it may just be the starting point of changes that the L² Technology alliance (L squared Technology) will bring to the market in the near future. One thing is sure: Panasonic and Leica promise a new imaging world is about to become reality. Or at least their version of it.