Panasonic unveils the little brother to the VariCam 35. At 6lbs this fiesty little camera inherits many fabulous features of from its big bro.

In as clear language as Panasonic can state the VariCam LT is “ideal for handheld, steadicam, jib, crane, drone, gimbal, and overall cinema verite work.” If one single line of words does not clearly state this cameras intention I don’t know what else does.

The new Panasonic VariCam LT was released Feb 10th. It’s a smaller single-operator cinema camera bringing some of the best features from Panasonic’s larger VariCam 35. One of the biggest news from the release is the VariCam LT a whole hell of a lot less expensive than its big brother. For Panasonic the VariCam LT represents the next generation of 4K cinema cameras. Both the VariCam 35 and VariCam LT share the same super 35mm sensor, imaging capabilities, and the dual native ISOs of 800 and 5000.

Image wise the VariCam LT has the identical imaging “DNA” as the VariCam 35.  Both cameras deliver 14+ stops of dynamic range with V-Log and both boast the cinemativ VariCam image quality and color science. Backing up the revolutionary dual native ISOs are a few new codec introduced in the VariCam LT: AVC-Intra LT and AVC-Intra 2K-LT. Both codecs are designed to offer capture rates up to 240fps in imager crop mode, ideal for spors and other fast motion footage.

Other formats range fro 4K, UHD, 2K, and HD and like the VariCam 35, the LT is capable of High Dynamic Range (HDR) field capture. The new 4K VariCam LT offers Apple ProRes 4444 (up to 30p) and ProRes 422 HQ (up to 60p) support for HD recording, as well as Panasonics AVC-ULTRA advanced video codecs.

The VariCam LT offers in-camera color grading, with the ability to record an ungraded 4K master along with all on-set grading metadata. The camera’s extended color gamut as offers support for the Academy Color Encoding System (ACES) allowing for full fidelity mastering of original source material. Plus, the new camera gets a new color processing feature called “V-LOOK,” which acts as a blend of V-Log and video allowing filmic documentary acquistion without the same need for intense color grading. For those of us who hand off footage on a regular basis this is a very nice feature I’d love to see in other cameras as well. To see how well 5000ISO looks in the VariCam 35 check out the video below where all the car scenes were shot at 5000.

Shot on VariCam 35: “LA Night” from Cinema VariCam™ on Vimeo. 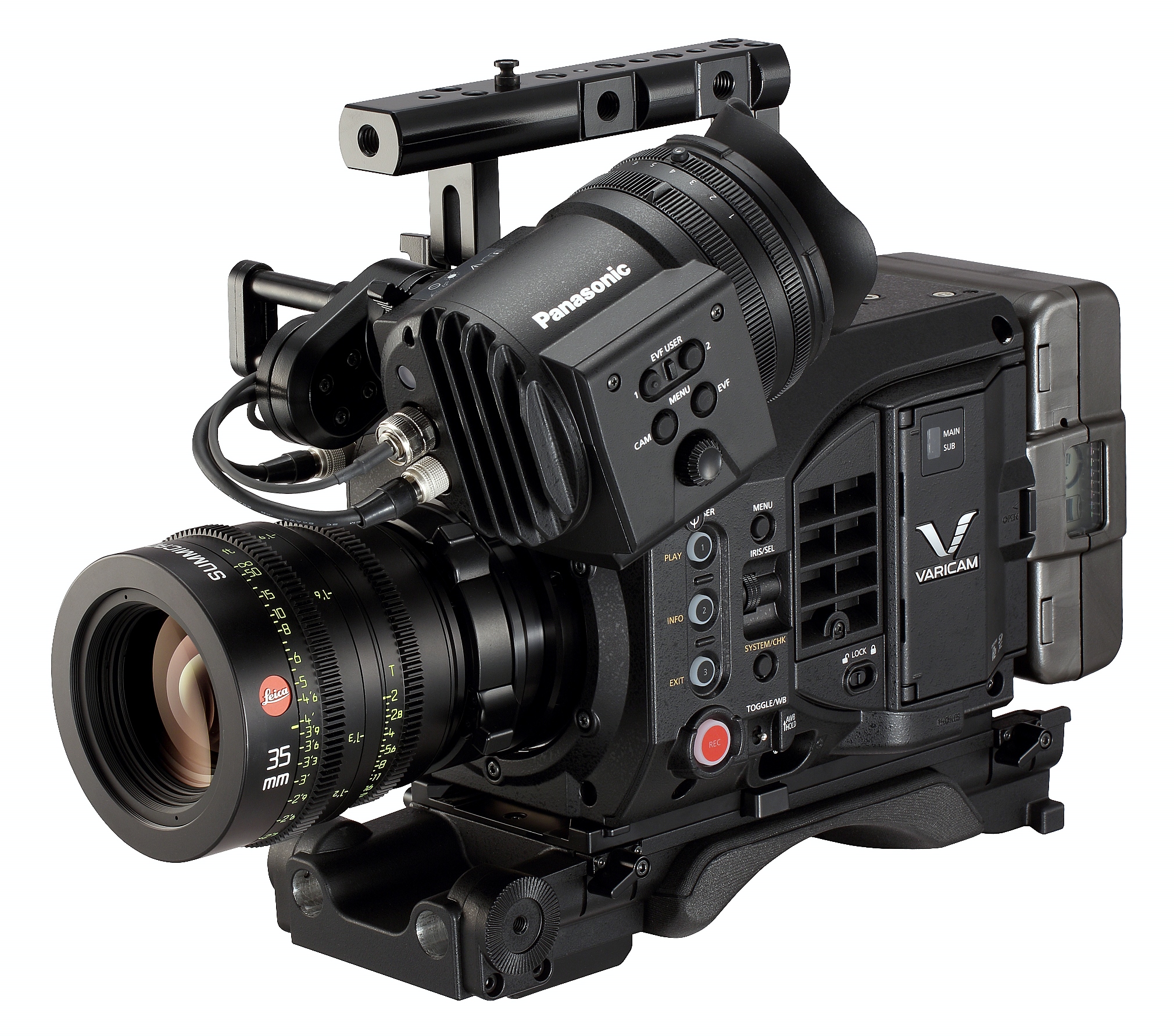 Where is the VariCam LT different from the bigger VariCam 35? It’s one piece vs the two piece VariCam 35 with its camera head and recorder. The VariCam LT also does not have parallel sub-recording, but it does have an SD slot for high-resolution proxy recording. Proxy files can be wireless uploaded via FTP and can facilitate wireless color grading.

There is only one expressP2 card on the VariCam LT. One 256GB expressP2 card can record up to 90 minutes of 4K/4:2:2/23.98p content). Raw output from SDI is planned to be supported by a future firmware update. Convergent Design has already stated their Odyessy 7Q will work with the VariCam LT.

Two lens mount options can be found on the VariCam LT. An EF Mount or a VariCam 35’s PL Mount. The EF Mount can be switched to a standard PL mount. This is a very nice feature and opens up the camera to work in many different situations or budgets. I think being able to switch mounts means an owner/operator can make his kit work for any assignment. This is much like the what Sony and Red have done too. It’s a smart move because being limited lens wise on a camera is no bueno. One feature the VariCam LT and VariCam 35 share is the control panel can be separated from the camera body. Among other top-level features the VariCam LT has ND filters (Clear, 0.6, 1.2, 1.8), optional OLED EVF, anamorphic lens de-squeeze, IP control and built-in GPS.

WHO IS THIS CAMERA FOR?

Who is Panasonic focusing this camera toward? They say it’s tailor-made for owner/operators, independent filmmakers, documentary makers, and corporate production creators. I think the VariCam LT will compete with those looking to pick up a Sony F5 and possibly the F55. Make no mistake, this looks to be a fully featured camera and any owner/operator will rarely see a situation it doesn’t fit in well. Having a camera with all these features will cost you a pretty penny, but it’s a whole hell of lot cheaper than the VariCam 35 which prices around $50,000. Now, I’m sure there are a lot of shooters out there saying wait for this camera or buy that camera instead. They’ll say the media needed is too expensive or they might say the VariCam LT as a camera system is just too expensive. I’ve shot on a few different systems and I can say spending a little extra cash on a camera able to fit into all the situations one may face as an owner/operator DP gives you confidence.

What are your thoughts? If you were in the market, or had 20 grand to spare, would buy this camera and would this be the one camera you’d use for two or three years? Lastly, check out this case study of the video “LA Night” and my favorite short film shot on the VariCam 35 “Momentum.”

Shot on VariCam 35: “Momentum” from Cinema VariCam™ on Vimeo.