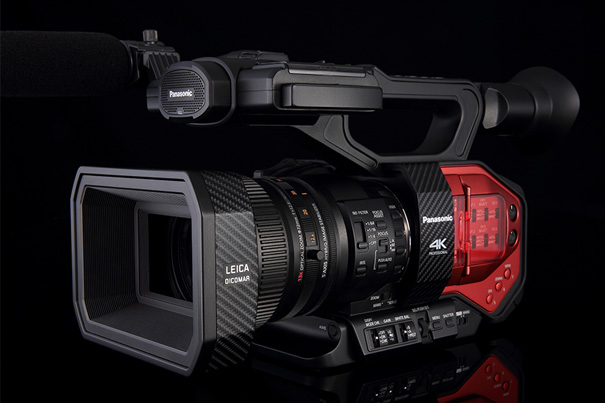 Panasonic confirms previous rumors and presents a new Micro Four Thirds camcorder, but somehow changes the concept, offering a fixed lens instead of an interchangeable mount, as the previous 4/3″ model, the AG-AF10 (read the article, Is Panasonic Returning to Their CINE System? ). This means that although the camcorder shares the same sensor size it will not be able to use the vast array of lenses for Micro Four Thirds.

It’s somehow a surprise and probably an indication of the future for some models from Panasonic, but also from other companies. Let’s remember that Canon also presented a 4K camcorder with a fixed zoom lens, the XC10,  although different from the one Panasonic presents here. The choice for the DVX200 is a a newly-designed Leica Dicomar 4K F2.8-F4.5 zoom lens (4K/24p: 29.5 mm – 384.9 mm, HD: 28 mm – 365.3mm, 35 mm equivalent), time-code in/out, 3G HD-SDI and HDMI 2.0 (4K) video outs, easy focus and zooming, and programmable user buttons.

Delivering a shallow depth of field and a wide field of view, the DVX200 is the ideal companion camera to the company’s groundbreaking VariCam 35 4K camera/recorder. With an integrated lens design, the DVX200 will excel in independent film and documentary production, as well as event videography, according to Panasonic.

The DVX200 will be optimized for 4K/HD production, and shares the VariCam family characteristics of filmic tonality and colorimetry, with natural, subtle rendering of skin flesh tones, and a V-Log curve emulating the natural grey-scale rendition of the VariCam 35. The camcorder will incorporate a newly-developed 4/3” large-format MOS sensor and offer variable frame rate recording up to 120fps in FHD mode, enhancing the DVX200’s utility in sports and VFX production.

The new Leica Dicomar 4K zoom lens with F2.8 aperture is an optimal choice for 4K video, with the ability to produce elegant imagery and subtle “bokeh” Also, Leica’s exacting quality standards serve to suppress the occurrence of ghosting and flare to a minimum. Since the DVX200 is an integrated-lens camcorder, there is no need to perform the flange back adjustments or shading corrections when changing lenses. Even with a large diameter lens, the DVX200’s weight and balance have been optimized to facilitate agile, mobile 4K acquisition. With superb center-of-gravity balance, the camcorder will be ideal for such flexible shooting applications as mounting on today’s popular stabilized camera rigs. 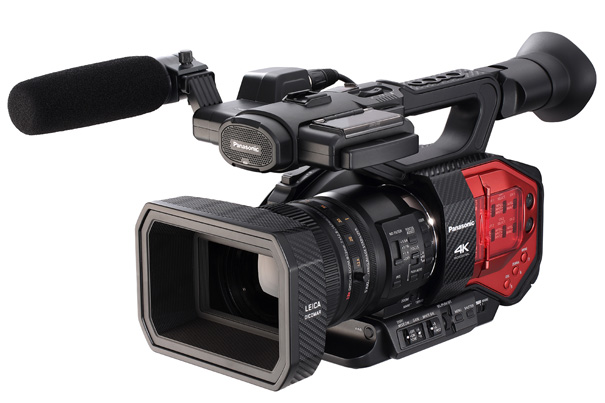 The AG-DVX200 utilizes a front element lens / filter diameter of 72mm, a very common size. It is expected that many third party lens accessory manufacturers will announce items such as close-up lenses and other desired options.

The AG-DVX200 will feature next-generation ergonomics, with the battery positioned in the rear so as not to interfere during handheld shooting. The DVX200 comes with a rugged woven carbon, fiber-like finish, and the recording section is distinctively styled with crimson shading.

The AG-DVX200 will be available in Fall 2015 with a suggested list price under $5000. It will be interestring to see if this new model will revive the CINE System from Panasonic.

One really cannot beat the speed of a B4 lens on a 2/3-inch sensor. If you have worked in...

Working from home, or in my case working in my garage, I talked to Larry from Canon about the...