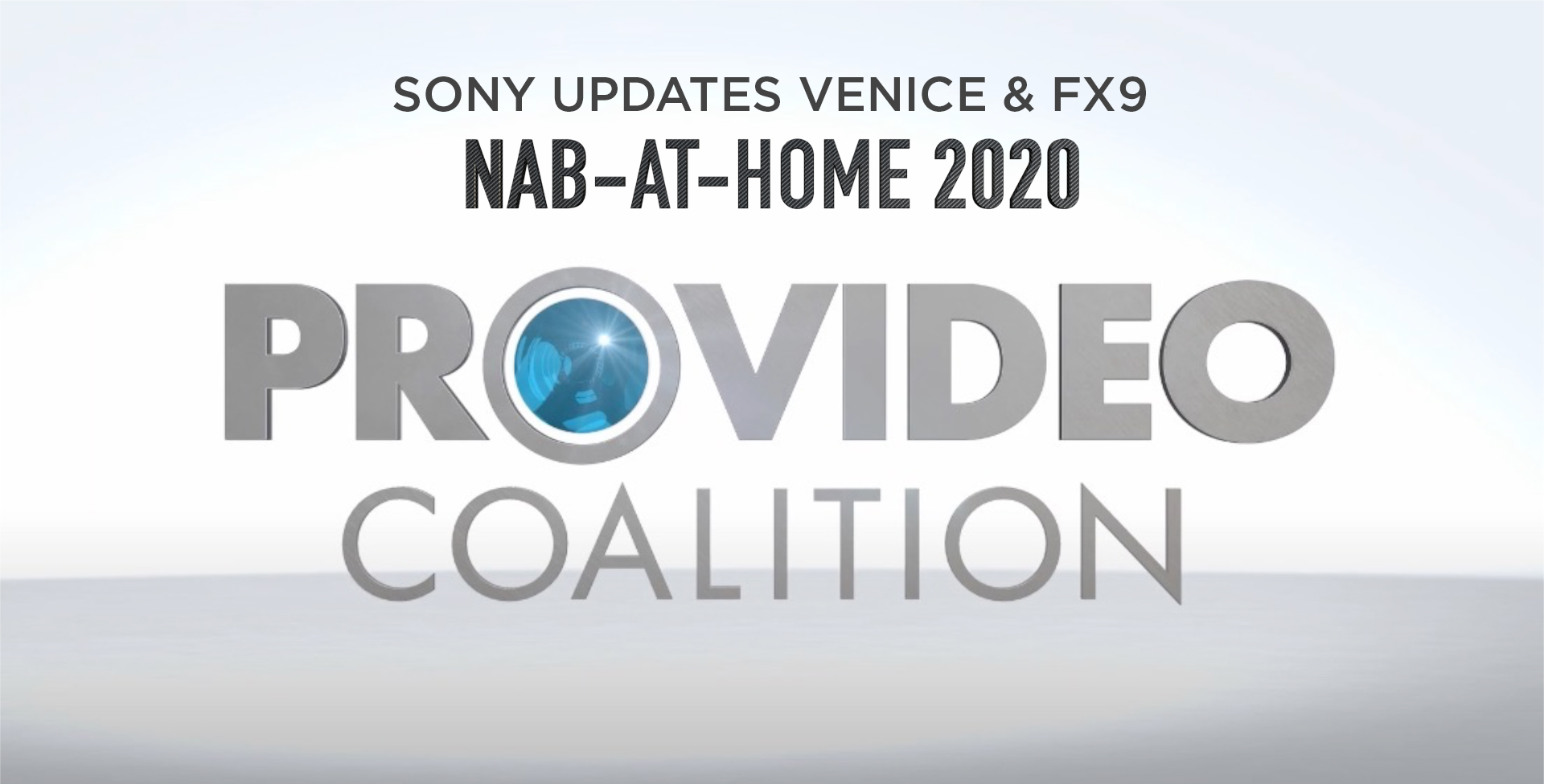 With new firmware upgrades, Sony will expand the capabilities of its VENICE and FX9 full-frame cameras. More features and expanded usability will offer an even higher level of control and creativity for cinematographers. 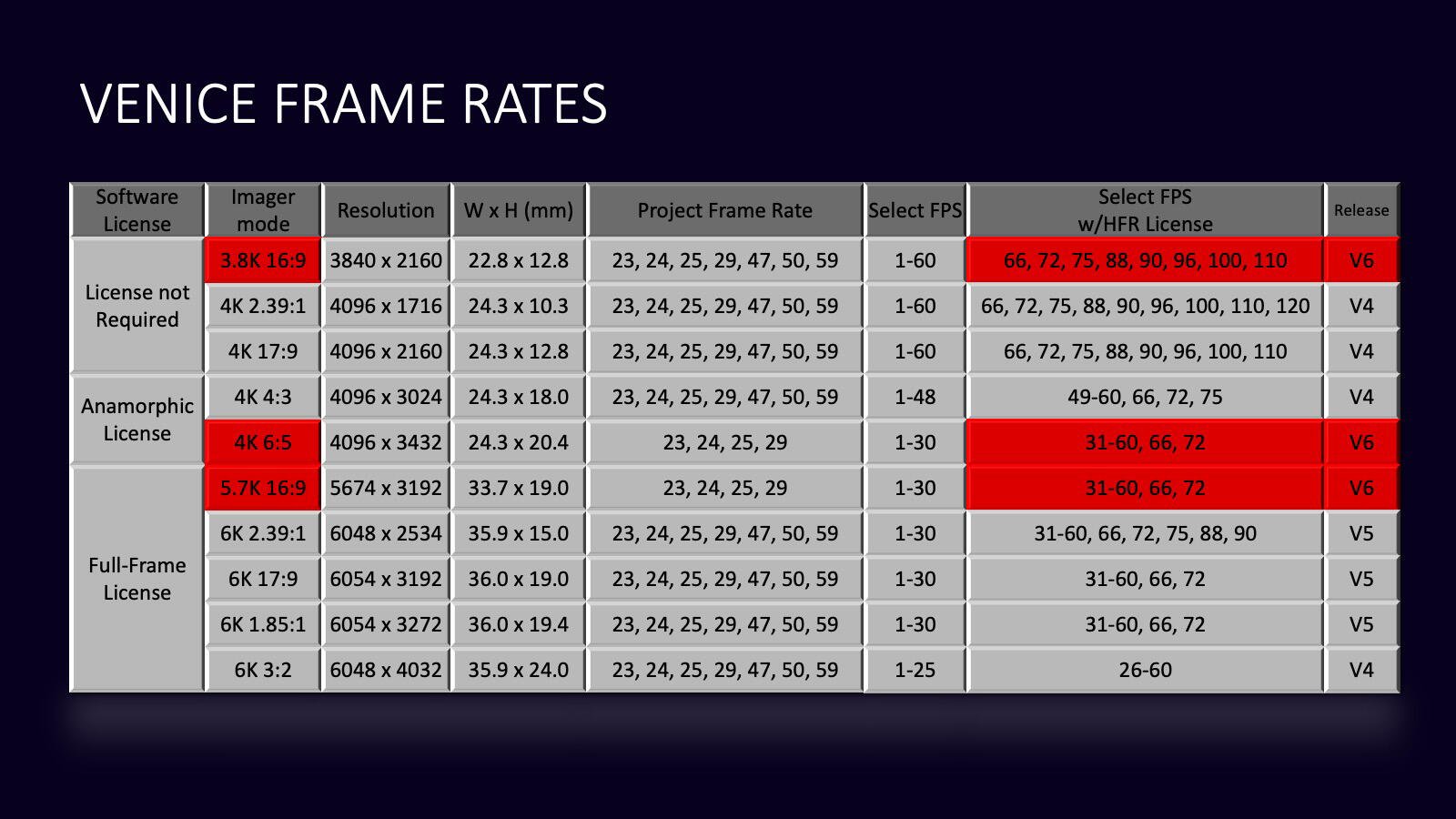 In my interview, we touch on the new .art files and what is the big difference between .art and 3D LUT files. A down and dirty description: 3D LUT Files only impact one part of the video pipeline, and .art files affect multiple processes in the video pipeline. Whats does the previous technical and slightly tricky to digest sentence mean in layman’s terms? It means with .art outputs SDI 3/4, VF, and HD monitor will all have the desired “look” a cinematographer wants to output. 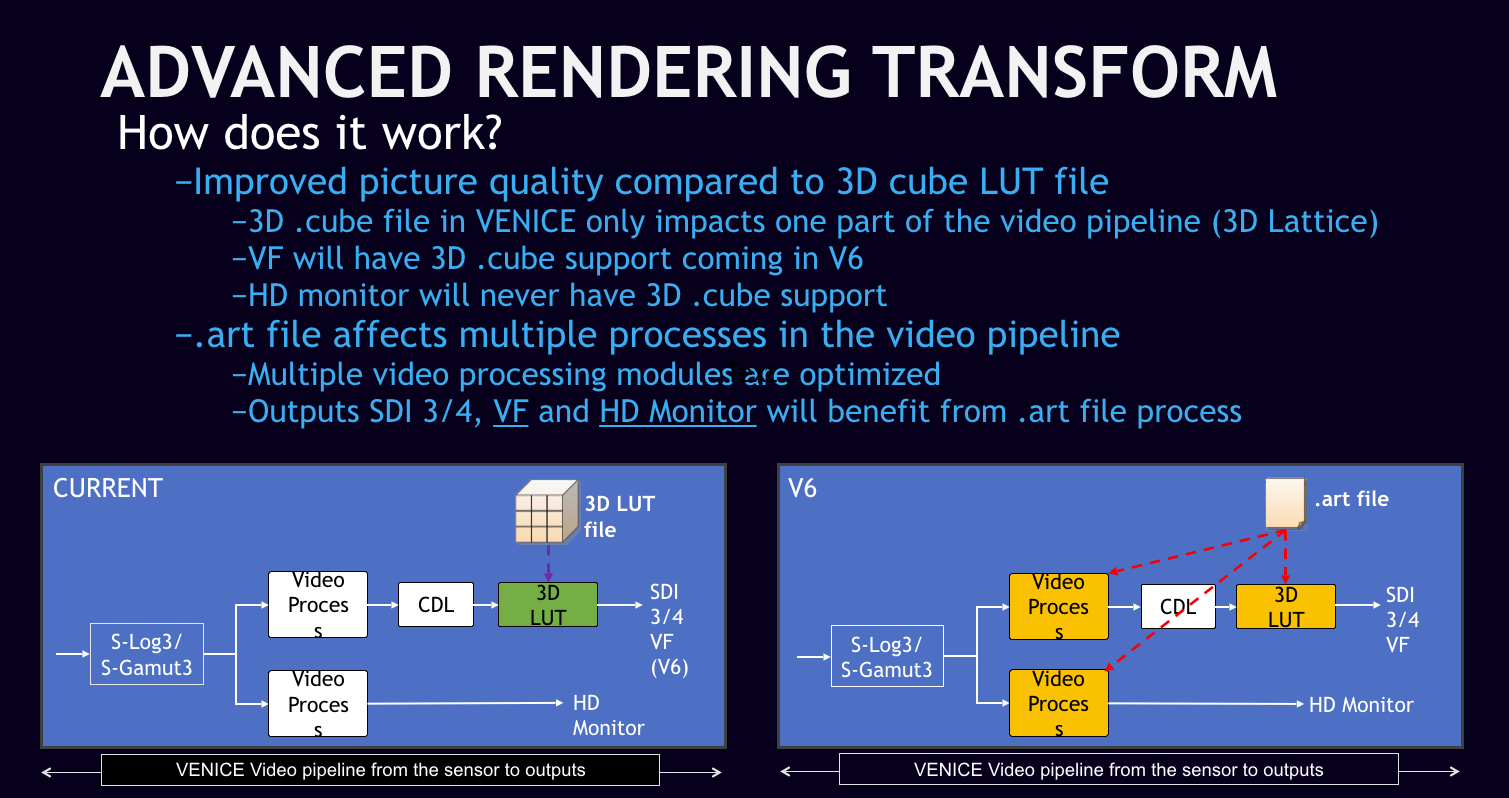 More exciting news, Sony and Technicolor collaborated to create a new “look library” for the VENICE camera. This “look library” will be available online as a resource for cinematographers wishing to quickly access some of Technicolor’s established looks inspired by their cinematic history including film print emulation. 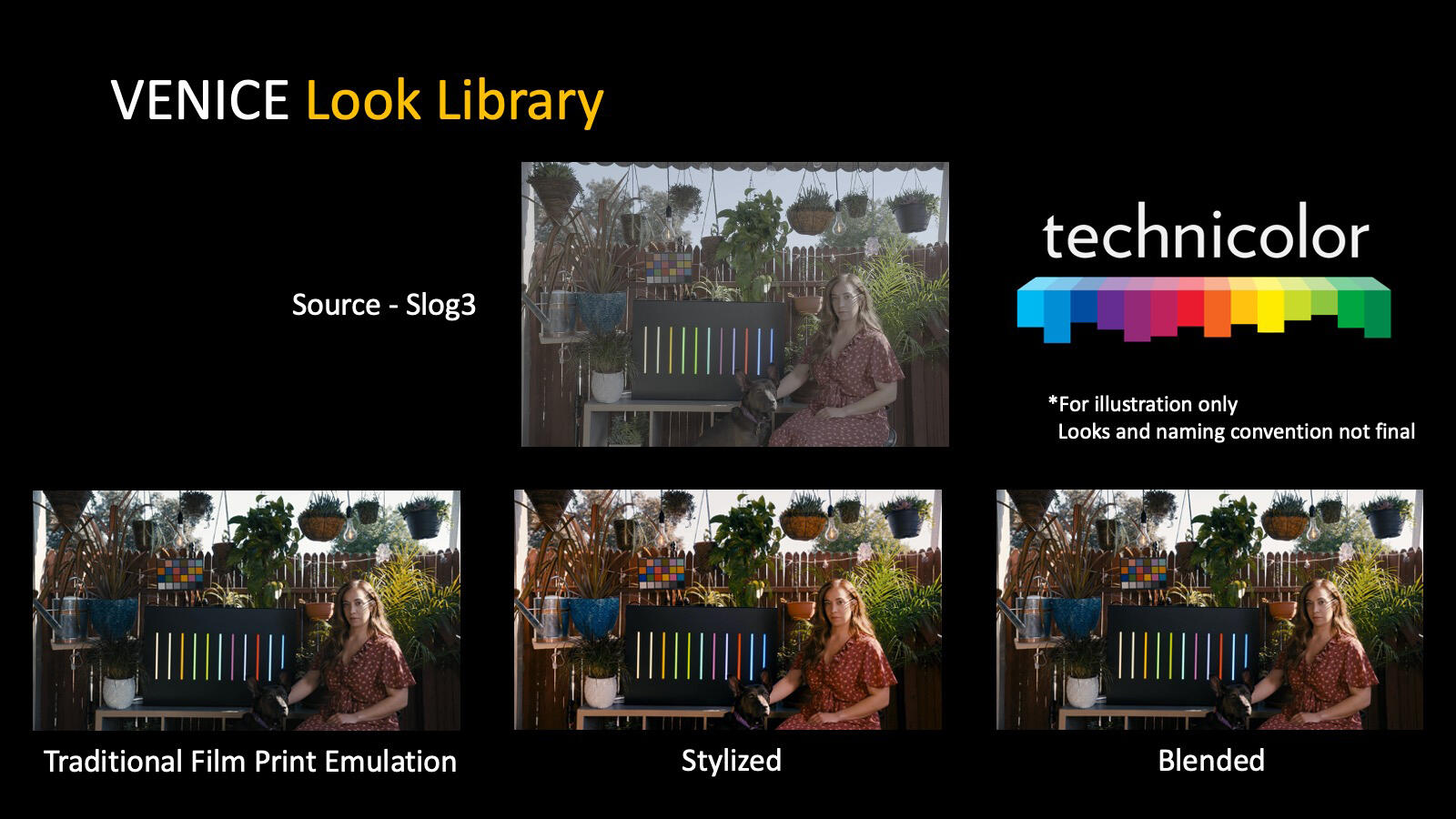 For the FX9 Version 2.0 firmware update continues to build upon the already great full-frame camera. Sony has added to the FX9 Eye AF, a popular feature from Sony’s Alpha camera system, a touchscreen-enabled viewfinder, a 5K image scan, and more high-frame-rate options.

The new 5K image scan is smack dab in between the 6K image scan of the full-frame sensor and the 4K S35 image scan. This new 5K mode gives cinematographers a middle ground between full-frame and S35mm with more high-frame-rates options than the 6K full-frame image scan. 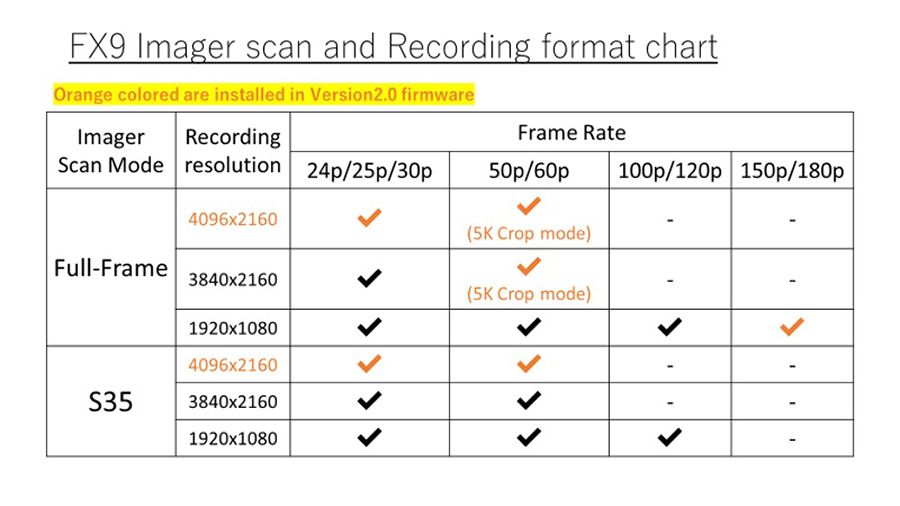 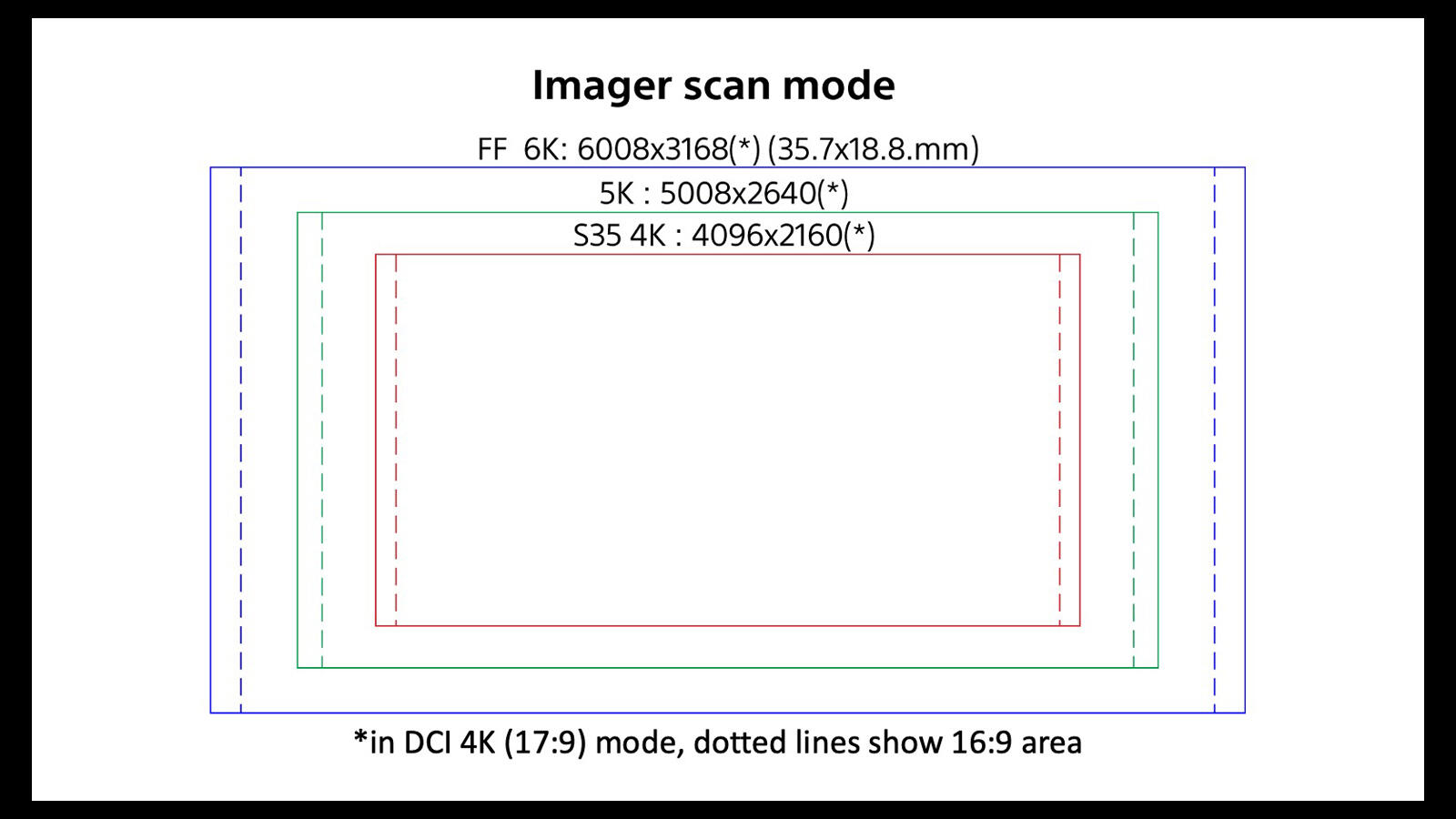 For example, version 2.0 of FX9 firmware supports 4K 60p/50p recording through oversampling from a 5K cropped area of 6K full-frame sensor. Version 2.0 also enables the output of a 4K 16-bit RAW signal to an external recorder with the optional XDCA-FX9 accessory. The recording device will be an Atomos recorder. Since the beginning, Sony and Atomos have worked together to enable raw recording out of the Sony FX9. This additional bit depth beyond the camera’s internal 10-bit recording is ideal for projects requiring more intensive post-production. 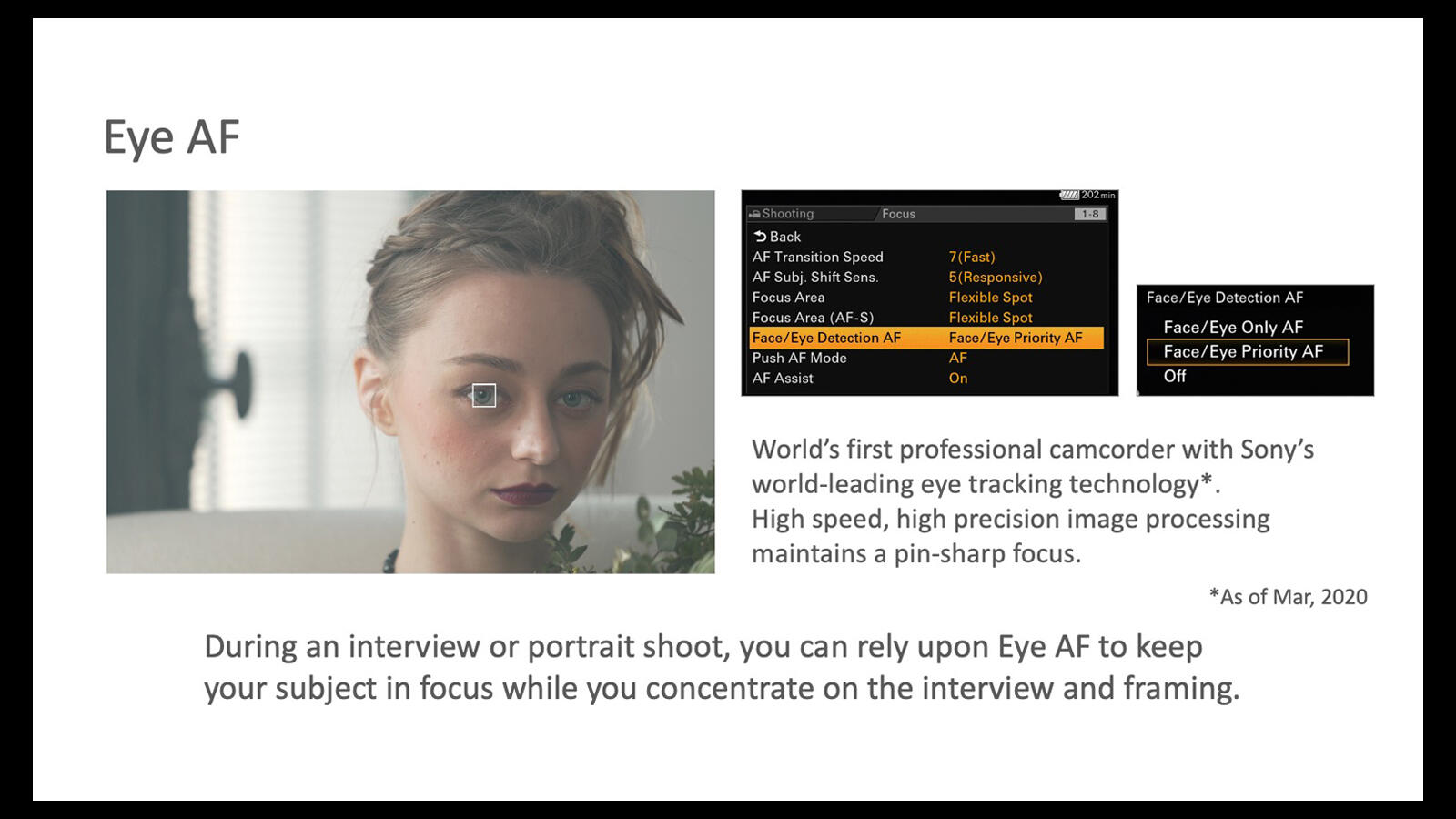 Firmware Version 2.0 for the FX9