3 interesting products that passed under the radar

While I was once again teaching at Post|Production World at NAB this year, with classes every day, I did manage to make it to the show floor a few times. Since the big headline products have already been well covered here on PVC, I thought I’d share with you a few choice morsels I discovered at the show this year that you may not have heard about. 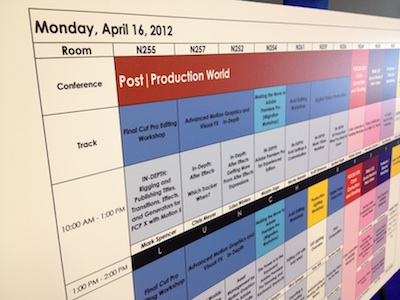 Post|Production World was packed this year – great fun. I still managed to steal away for some time on the show floor. 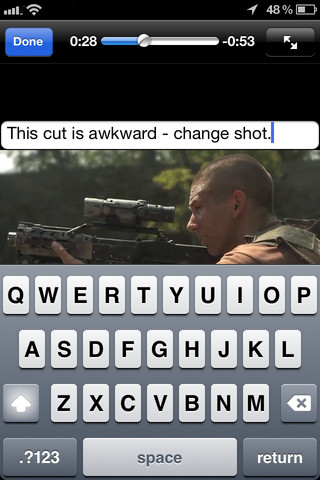 I was talking with a couple of friends in the South Hall (truly the best part of NAB is getting to see folks I normally never get to see) when a gentleman walks up to us and asks us if we are filmmakers. He was carrying some postcards and an iPad. At first I was a bit taken aback by his bold approach, but he seemed like a good guy – he introduced himself as Ben Insler, and his company, Emulsion Software, makes an intriguing app. Basically, it allows you to view any .mov-wrapped Quicktime movie on your iPad or iPhone, and quickly add notes with timecode added automatically. You can then share those notes in a variety of formats, including .csv and Final Cut XML (legacy only, FCP X support is coming).

When I came back home, I purchased the product and gave it a spin – it works as advertised, and will be a great help for me in reviewing our Ripple Training videos. Rather than constantly stopping a video, making a note of the timecode, switching apps, entering the timecode and notes and switching back, I can do all the note logging very quickly within one interface on an iOS device. A straight-forward and well executed application. 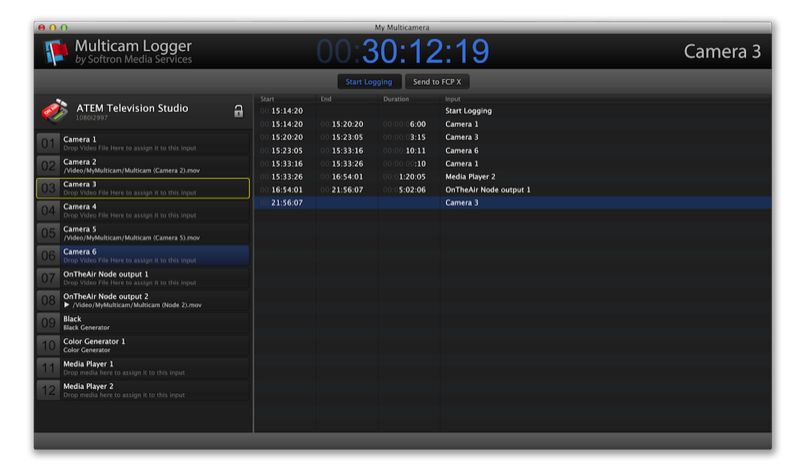 Softron Media Services is a Belgium-based company that creates Mac-based video and audio solutions. The product that caught my eye is called Multicam Logger. If you a) shoot live multicam events of any kind and b) use Final Cut Pro X, then this product is worth a look. It records each angle selected during the live switched event, and then it spits out a Final Cut Pro X multicam clip so you can immediately view the show just as it was shot in FCP X, and then make any adjustments you want. Very interesting.

Available for pre-order for 595 Euros. 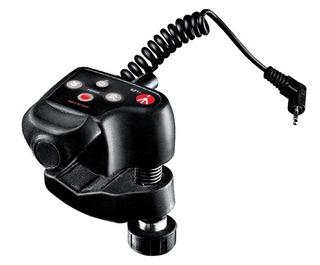 The Central Hall at NAB has gotten more and more interesting with all the innovations in lighting and camera rigs. At the Manfrotto both, they were demonstrating a Canon-compatible remote control device for DSLR cameras that clamps onto a tripod’s pan bar. It connects to your camera through the LANC port, and can therefore directly read and control many of the camera’s functions. Among other things, you can program it to perform a perfect rack focus – something difficult to pull off with the short throw that is typical of a DSLR lens. 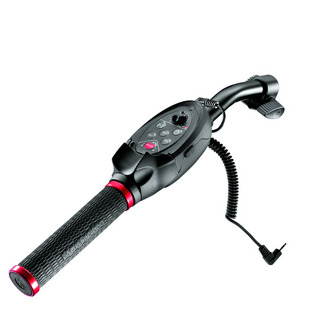 FTC disclosure
I purchased the ProScreen app at full price with my own funds to test it. I have no affiliation with any of the companies whose products are mentioned in this article and have not been compensated by them in any way.