“My assistant says it’s impossible,” said the Steadicam operator over coffee at Arri headquarters in Burbank. “The DIT wants a LogC output, but I need a Rec 709 feed to see what I’m framing.”

A bunch of us were hanging out during a training break. Arri was bringing us up to speed as instructors for The Arri Academy, a traveling series of classes meant to introduce aspects of the Arri ecosystem to those who hadn’t worked in it yet. This particular instructor was about to start work on a TV series where he’d be flying an Arri Alexa Mini on his Steadicam, and the word from prep was that he was going to have to view a flat, low contrast Arri LogC image while operating, unless he wanted to make a last-minute purchase of a super bright monitor that could overlay a 3D LUT onto a log-encoded image. This was not something he was inclined to do.

Fortunately, one of the technical sales reps at Arri had a trick up his sleeve. 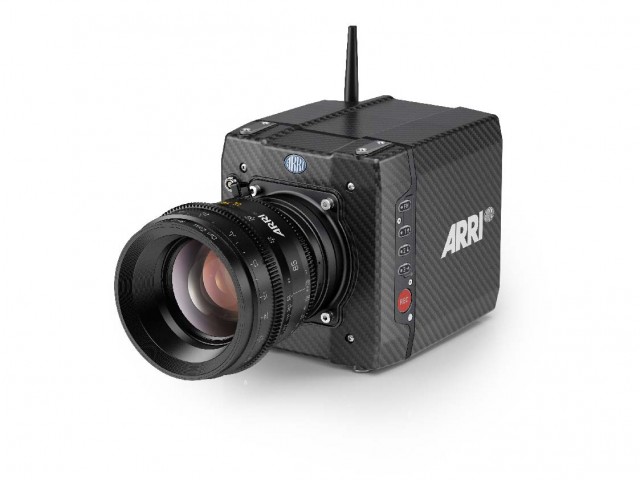 The Arri Alexa Mini was always meant to be a low cost, light weight camera. During my training, Arri’s senior instructor passed around the aluminum shell that formed the inside of the camera. It was mostly a heat sink, with an indentation in the front for a sensor and some basic processing power. While the Mini shares the underlying software platform of the Amira, it is truly an experiment in how small Arri could make a camera and still call it a full-fledged Alexa.

It has a lot of neat features. It’s perfectly symmetrical in both the horizontal and vertical axes, so rigging it flat or sideways on a gimbal or a drone won’t make any difference from a balance standpoint. All the cables run off the rear, on the same side of the camera. It has no control panel, as all of its controls can be accessed from an Amira-style viewfinder or, in the case of remote operation, via WiFi or radio using a laptop, iPhone, or Arri WCU4 FIZ unit. It records to CFast 2.0 cards. There is one audio input, no headphone jack, and line level only, please. The accessory system is unique among Arri products, as it uses a networking protocol that allows various items to be daisy-chained together. This is a necessity as there are only two ports on the camera that can be used to control accessories, and focus, iris and zoom motors alone require three connectors. (Every part in a camera—including connectors, and the processors that manage their data—adds weight.)

The Mini is basically an Alexa light. It doesn’t offer the same functionality as an Alexa XT or SXT, but it’s small, weighs much less, records in both ProRes and Arriraw, and looks exactly the same as any other Arri camera. And, as we so often do in this industry, we tend to take tools built for one thing—drones and gimbals—and use them for other things—such as handheld, studio work, and Steadicam.

Because processing power is limited on the Mini, something had to give. There are two SDI outputs on the camera: one can provide a clean output for monitoring or recording, and a second output can display Arri’s traditional data surround showing frame rate, ISO, shutter angle, etc. When it comes to “clean” (no telemetry) or “processed” (with telemetry), the ports can be given different attributes.

Both outputs, though, are meant to output the same kind of signal: either flat LogC, to which a LUT will be applied downstream; or Arri 709, which is a built-in Rec 709-compliant 3D LUT.

Many TV shows want a LogC output from the camera so they can apply a common, custom LUT to the image and broadcast it to the director and other creatives. A Steadicam operator, however, wants a contrasty image that they can see in daylight and use to frame a shot. When both ports must output the same type of signal, however, the creatives always win.

While it’s possible to manipulate a monitor’s “brightness” (black level) and “contrast” (brightness) controls and shoehorn a log image into some semblance of a Rec 709 image, that’s not an elegant or reliable solution.

In this case, though, there was a workaround.

It’s true that the SDI ports can’t be split to display a LogC output and a 3D LUT simultaneously. The solution is to not use a 3D LUT.

The Arri 709 “look” is a 3D LUT, as are the additional Looks in the built-in Arri Look Library (available as an add-on for an additional license fee). 3D LUTs map RGB values to new RGB values: they aren’t simply changing the brightness of a color, but they are shifting one hue to another. For example, what was a yellowish red might be mapped to a new hue that’s a blueish red.

A 1D LUT, though, is much simpler. It maps one color channel value to another. A red can be mapped to a brighter or darker red, but the only color channel affected will be red.

1D LUTs are not as powerful a tool as 3D LUTs, but they also require less processing power. Now, if only there was a 3D LUT available in the Mini…

It’s left over from the original “classic” EV Alexa, and the only significant difference is that reds are more saturated and a little cooler than the modern Arri 709 LUT. While you can’t set SDI 1 to LogC and SDI 2 to Arri 709 (3D LUT), you can set SDI 1 to LogC and SDI 2 to Alexa Classic 709 (1D LUT). That’s certainly good enough for framing on a Steadicam, and often okay for monitoring on other fast-paced jobs where a Mini is the perfect camera and there’s a need for simultaneous LogC and Rec 709 outputs. 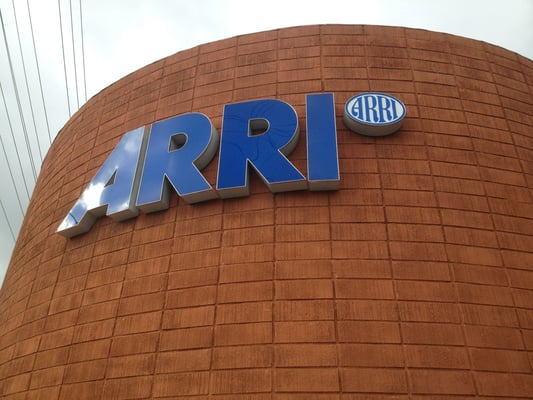 The Steadicam operator texted this solution to his assistant, and the assistant texted back, “The rental house says it’s not going to work. The camera doesn’t function that way.” The operator responded: “It’ll work. They need to read the software update notes.” The assistant came back: “They still say it’s impossible. Who is telling you this???”

The operator walked out front of the building, took a picture of the massive Arri logo, and sent it to his assistant. About 20 minutes later he received a response: “It works.”

(It also works on the Arri Amira.)

I have worked as a paid consultant to Arri. My next two Arri Academy classes will be held mid-March 2018 in Brooklyn and Chicago. If you’d like to learn the ins-and-outs of Arri cameras, accessories, color processing, LUTs, recording formats, etc., this is worth checking out.