Blackmagic is coming to a town near you this summer with their newly announced roadshow. Think of this as Blackmagic Design’s NAB 2017 show booth hitting the road for all of those who could not make the trip to Las Vegas for the April broadcasting convention. The extension of NAB tour will hit up eight major North American cities in nine weeks.

At these events, you will be able to stop by and get your grubby hands all over Blackmagic’s new gear they showed off at NAB 2017. But, hands-on is only part of the tour. Blackmagic Design will also demonstrate the newly released DaVinci Resolve 14, ATEM Television Studio Pro HD, the Blackmagic URSA Mini Pro, my favorite camera of theirs, as well as all of their other products. Seriously, if you are wondering about the Web Presenter, or any other streaming technology Blackmagic announced a month before NAB 2107, then this tour might be a great place to see that little converter box in action.

What cities will Blackmagic Design visit while on their roadshow? Well, you could just look at the image above, or I can list them. Blackmagic will go to Vancouver, Portland, Salt Lake City, Denver, Toronto, Boston, and Washington DC. Blackmagic has already gone through Los Angeles. It is a shame for this Southern writing this post to see Blackmagic will not be stopping by either Austin or Atlanta, but I bet Blackmagic has its reasons.

To find out more go here: https://www.blackmagicdesign.com/usatour-2017 and register to attend the Blackmagic Design NAB 2017 Roadshow. 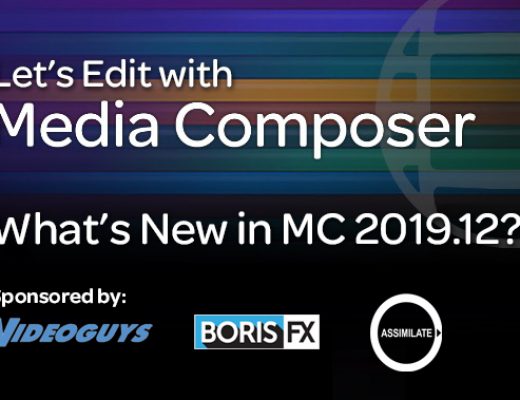 Well, we’re going to round out this decade with the last “Let’s Edit” tutorial and we are going to...