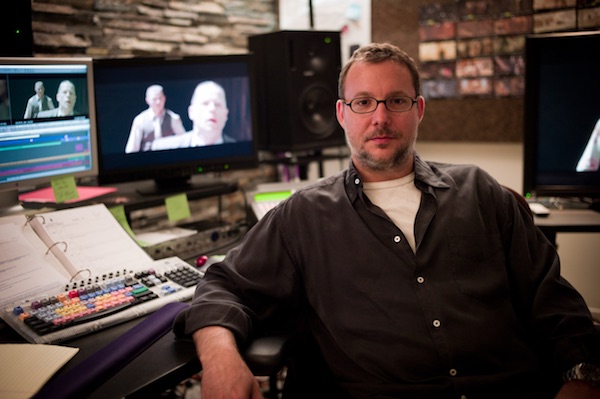 The Creative Pro User Group Network (CPUG Network) recently announced the 17th Annual Las Vegas SuperMeet to take place on Tuesday, April 10 2018 in the Brasilia Ballroom at the Rio Hotel in Las Vegas. Earlybird tickets, (ends March 9) are on sale online for the price of $10.00 each plus ticket fee and $8.00 for students and Teachers with valid ID.

Oscar® and BAFTA nominated Film editor Dylan Tichenor ACE is scheduled to present at the event.

Mr. Tichenor got his start in the craft of editing with editor Geraldine Peroni who brought him on as apprentice editor on Robert Altman’s The Player. Continuing this collaboration he went on to be assistant editor on Short Cuts, associate editor on Alan Rudolph’s Mrs. Parker and the Vicious Circle, then technical coordinator on Altman’s Kansas City, and finally as co-editor on the documentary Jazz ’34, for which he earned an Emmy nomination. Mr. Tichenor subsequently entered an ongoing collaboration with writer/director Paul Thomas Anderson, beginning as post-production supervisor on Sydney [Hard Eight], and then editing the award-winning features Boogie Nights, Magnolia and There Will Be Blood, for which he was nominated for an Academy Award.

Editor and Author Steve Hullfish will moderate. Mr. Hullfish is best known as the author of “Art of the Cut: Conversations with Film and TV Editors.”

The full SuperMeet agenda will not be announced until shortly before the event date, however the producers have stated that there will be USER driven presentations by Blackmagic Design, Adobe, Frame.io, Atomos, HP and more.

Rounding out the evening will be the always wild and crazy “World Famous Raffle,” where tens of thousands of dollars worth of valuable filmmaker-related prizes, will be handed out to dozens of lucky winners.

To purchase Earlybird tickets, (ends March 9) and for complete daily updates on the SuperMeet, including agenda updates, directions, transportation options, and a current list of raffle prizes, visit the SuperMeet web site. https://supermeet.com/