December 4 and 5 the Walter E. Washington Convention Center is the stage for The Video Show, a video-focused exhibit and a conference with over 100 sessions. Register for free now. 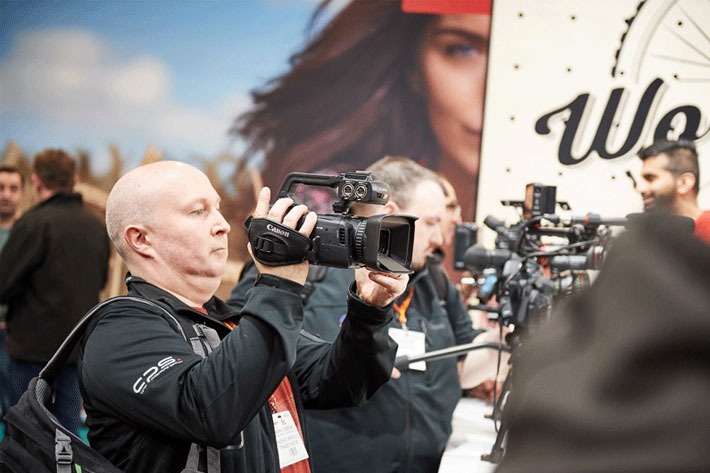 Sony, Canon, AJA, and Nikon will exhibit their products at The Video Show, but VR and AR demonstrations and the chance to see a live streaming studio in action, are highlights of the show.

The Video Show, which takes place December 4 and 5 the Walter E. Washington Convention Center in the Nation’s Capital, promises to be a busy event, with so many things happening. Besides an exhibition of the latest in video production, post and audio gear (where companies including Sony, Canon, AJA, and Nikon will take part), attendees have the presence of the C-SPAN’s Bus, an interactive mobile exhibit and production studio, a live streaming studio, on-site VR and AR demos,lectures and book signings.

Anyone with a floor pass to the exhibit space –FREE if you register by Tuesday, Dec. 3 – will have access to a range of innovative features designed to enhance The Video Show experience and provide them with even more actionable insight and knowledge. One of the largest conferences and exhibitions on the East Coast, it promises to be a must-attend event for everyone from working professionals to serious enthusiasts. 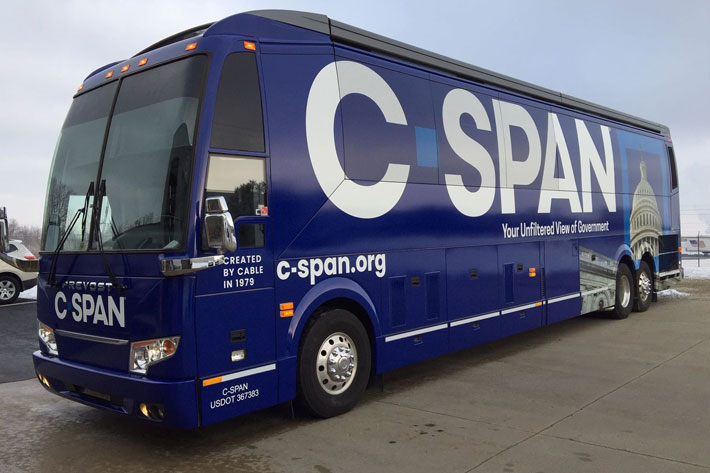 Only two days and so much to see

A premier two-day event aimed at video professionals and enthusiasts alike, The Video Show encompasses every aspect of video and content creation, showcasing industry-leading brands and innovative tech startups and allowing attendees to discover and get hands-on experience with the latest gear and software, The Video Show also includes  seminars, live demos and masterclasses delivered by industry experts and inspirational speakers across 16 dedicated premium studios. Here are some of the highlights of the show:

TIVA-DC, the Television, Interactive & Video Association of D.C., will be streaming live from the show floor throughout both days. TIVA-DC is a not-for-profit trade group formed to serve the needs of the growing DC-area production community, including Maryland and Virginia. With its focus on the fast-growing local market, TIVA offers a range of career growth opportunities, tech seminars, educational outreach, mentoring and award ceremonies. Attendees are invited to stop by their booth at the exhibition hall to get a tour of their streaming set-up or sign up to be interviewed.

The team from Balti Virtual will be hosting VR demos on the show floor on Wednesday, Dec. 4, and all attendees are invited to experience some of the VR projects they’ve completed. Balti Virtual has created VR experiences for such brands as Starbucks, Marvel, Hallmark, Under Armor, Budweiser and Stanley Black & Decker, and they understand the game-changing ability of this technology when it comes to commercial, corporate and government users.

AR expert and author Stephen Black will be conducting demos throughout the show, and invites attendees to stop by his booth in the exhibition space to see what’s possible with this fascinating technology. Black is an artist who’s worked extensively in the areas of fine art, publishing and visual media, tapping AR and other new technologies to create content for broadcast and independent film.

AVNation, the network for the audio visual industry, will be hosting a live podcast at The Video Show in Washington D.C. on Dec 4. Tim Albright, AVNation’s founder, will be joined on stage by Megan A. Dutta, Content Director for Systems Contractor News, where they’ll discuss the expo and current pro AV events. In addition to this session, AVNation will be podcasting from The Video Show exhibit floor, interviewing speakers, instructors, exhibitors and attendees.

Much of the content that’s being discussed in The Video Show’s content streams and Studios will be available for screening in the conference’s Screening Room, accessible to all attendees. In addition to a screening of the documentary “17 Blocks” – whose filmmakers will be taking part in the Independent Film content stream – other video sources will include NASA, the National Parks Service, and World Wildlife Fund. 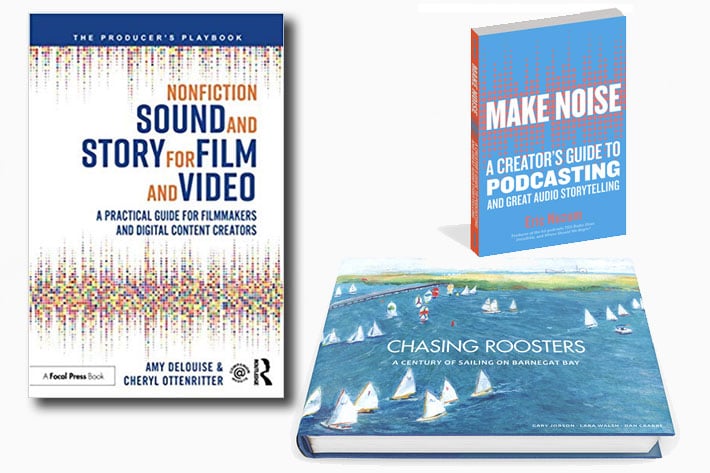 Book signing at The Video Show

Different authors will also be available to sign their books and share their experience. Here are the sessions to watch during The Video Show:

Eric Nuzum, a veteran of NPR and Audible, co-founder of Magnificent Noise and a leading podcast consultant, has had a hand in launching more than 130 podcasts, including some of the most successful out there like “TED Radio Hour,” “Invisibilia,” “Where Should We Begin? with Esther Perel,” The Butterfly Effect” and “West Cork.” He’ll be on hand both days to sign his brand-new book, “Make Noise: A Creator’s Guide to Podcasting and Great Audio Storytelling.”

Video producer and author Amy DeLouise will be on site to sign copies of her new book, “Nonfiction Sound and Story for Film and Video: A Practical Guide for Filmmakers and Digital Content Creators (The Producer’s Playbook).” Co-written with audio expert Cheryl Ottenritter, the book guides nonfiction storytellers in the art of creatively and strategically using sound to engage their audience and bring stories to life.

Gary Jobson has spent 31 years with ESPN covering nine America’s Cup events. During this time he’s also covered six Olympics, produced many documentaries and competed in over 5,000 races. His TV work has won him Emmys, Telly’s and an ACE Award, he’s authored 19 books and he happened to be the tactician for Courageous, skippered by Ted Turner, when it won the America’s Cup in 1977. A prolific lecturer, he’ll be on site to sign copies of his books and will be presenting a special session. 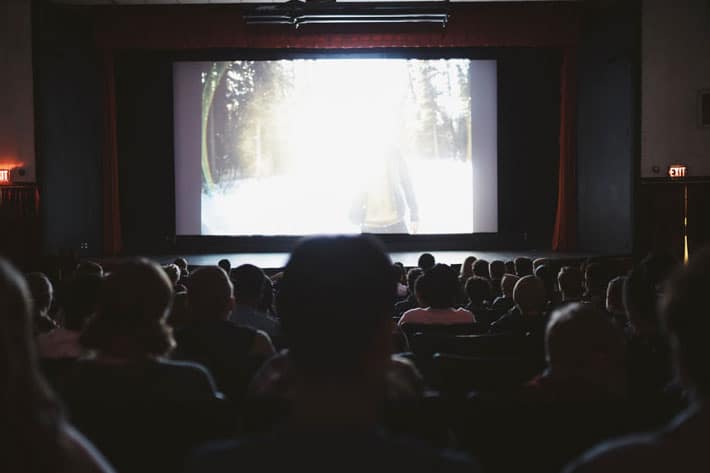 The Video Show represents an unparalleled opportunity for networking and making connections. A number of both national and local trade groups and associations will be on site and well-represented during the Show, including SMPTE, TIVA-DC, AVIXA, WIFV, #GalsnGear and DDC. Attendees are invited to take full advantage of this unique gathering of industry leaders and influencers.