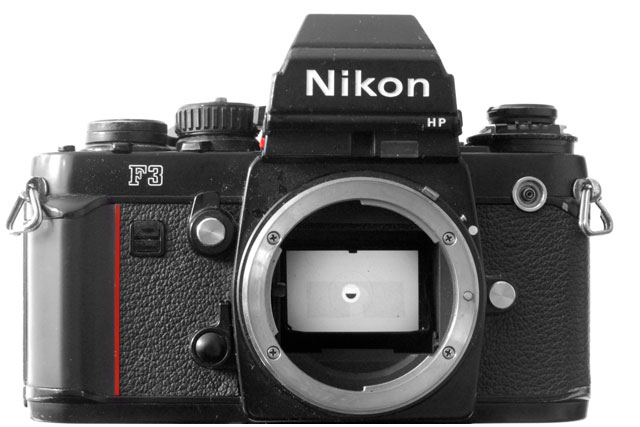 On the 6th of November, if all information is correct, Nikon will launch a new DSLR camera. To hint  at what the camera is, Nikon has published some information, one video that will be a series on the next days, and opened a new space on the line up of cameras on their website. The rumours floating about suggest this new camera will look like the old Nikon F3…

Photographers are strange, I must say. For years we have (well, I am out of that race now, really) been dreaming of cameras with more and more functions, packed with everything we could dream of, and now that we have them, to a certain point, we drool over the idea of simple cameras, that show us what is important in photography.

For those who have forgotten, what's really important in photography these days are three things: aperture, speed and ISO control. It's already one more function than our ancestors could normally use, as they mostly were stuck with the ISO of the emulsion, at least for a whole roll of film. So, we're blessed with the option to change ISO settings, and from the latest info on the market, you can work these days at high values, as 6400 ISO, and obtain grain which would make users of old days 400 ISO be envy of. So, that's the state of the art.

The truth is that along with all that technology, cameras became instruments so complex, that many users can spend a whole lifetime (theirs or the camera's) without understanding all the options available under the hood. Lots of buttons, dials and options are left untouched, either because they're not needed or understood. I know that from experience because I see it every day…

Now, let's get back on track. In film days photographers would mostly have aperture and speed control, and still, look at the fantastic images we've as beacons to our own photography. Even some of the most popular names we know these days used simple cameras, back in time. Simple, professional cameras like the Nikon F3, which is simple when compared to today's monsters.

Now, it seems, Nikon suggests it's time to go back to the roots, and gives it a name: Pure Photography. Their video of a lonely photographer with a camera and lens (a 50mm f/1.8, which suggests something) takes us to a landscape in Scotland, a place many of us immediately associate with some astounding photography, and a simple way to look at life. Some of the photography masters have walked and photographed the area, back in time and now. Some, with very simple cameras.

So, what Nikon may present soon, the rumours say, mainly through Nikon Rumours, is a modern digital camera that looks like the F3 (well, somehow following Olympus concept with their revival of the OM series, should I add here) but offers some modern technology, and yet, still, I believe, will be very simple. No video (as many photographers really do not want it) and less technology (or clutter) than we've seen in some recent models. Just the essential: good control of aperture, speed, ISO, metering and you've all you need to do… Pure Photography.

As for specs for the new camera, they're still contradictory, depending on the source you read from. But all assume this will be a full-frame, with the sensor of the Nikon D4, a hybrid EVF/OVF (Nikon has patents on such a system, let's see if it works properly), Nikon F3 like design, Nikon F-mount. If all this is true, and the F3 concept is real, then Nikon is taking us back to the idea of “the camera of the `80s”, which was a departure in terms of concept from the F2, received favourably by reviewers and users. The F3, which was a show of new technologies at the time, with a design by Giorgetto Giugiaro, reinforced the view that high-class cameras should have a style and design that express the things they can do. Something that seems evident in the video now used to promote the new Nikon DSLR, although only through the ambiance. But listen to the sounds of the video and you'll find things from the past: the “click click” from apertures and speed being set manually. Could it be? 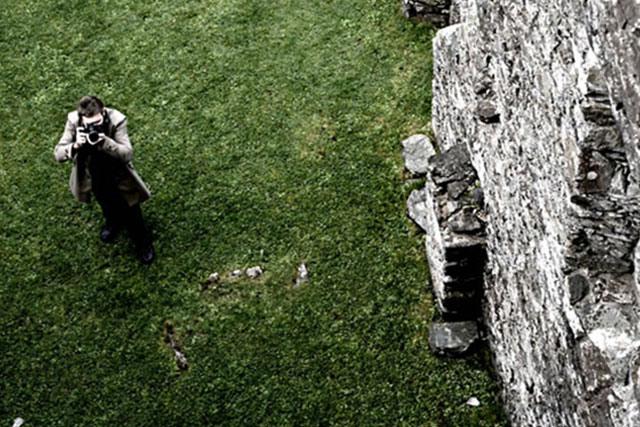 Do we all dream of a camera like this? Well, I would sign under for something like this from Canon, as I am a Canon user. A camera that has the essential tools for photography. Or should I say, Pure Photography. Now, I believe a lot of photographers do think about this when they pick their cameras up. And I recently went through an article, at Luminous Landscape, that somehow seems to be a note that Nikon could well have used to create this new camera. Or maybe the author, Mark Dubovoy, knew already something when he wrote “An Appeal for Divergence and Simplicity“.

In the article the author complains about the wrong positioning of buttons on the body of some cameras, confirms that video is something many photographers will happily not have in their cameras,  adds that  he has “an extremely difficult time trying to find a current camera that achieves the simplicity goal” and states this: “Most of our cameras today are full of ugly clutter, convoluted menus, useless functions, an unnecessary explosion of buttons and dials, lack of direct simple access to critical functions, major ergonomic mistakes and big compromises.”

Mark Dubovoy believes it can be achieved: simplicity. His article, published this October, may be one hint to what we can expect from Nikon. A new DSLR that is created thinking about photographers that want to have control back in their hands with a simple camera that is a tool to extend their vision. The Pure Photography video teaser does suggest that simplicity, when the photographer says, at the end: It is in my hands again. Control? Or the new F3?