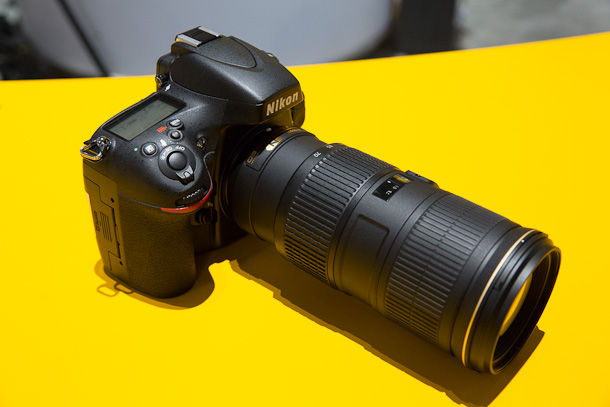 For PhotoPlus Expo this year Nikon has unveiled a much wanted lens, a 70-200 f4 VR which features new stabilization technology to provide up to 5-stops of Vibration Reduction (VR). I had the opportunity to take a look at the new lens and compare it alongside the 70-200 f2.8 VR.

Canon users have long had the choice of a lightweight f4 70-200, now on its second version. It's a lens I have owned myself and found many practical uses for. Now Nikon is expanding their ever popular range of f4 lenses with the addition of a 70-200 of their own. As camera technology increasingly allows us to shoot at higher ISOs with little image degradation, the necessity for wider aperture lenses becomes a little less for many people. The 'Pro' stigma of the big bulky 70-200 f2.8 will never go away and a lot of people won't look past that but I think if many people were to take an honest look at their images they would find little usage of the very wide apertures. It was certainly the case for me when I sold my f2.8 to buy an f4 version. With an f4 70-200 comes a considerable price and weight saving as well. With the new Nikon 70-200 f4 VR coming in at $1499 it will provide many people their first chance to get a lens of this type.

The lens features a 67mm front filter thread and feels just great in the hand. Build quality feels on a par with its bigger f2.8 brother and feels sturdier than its Canon counterpart as well. The tripod collar is an optional $250 accessory and definitely not a necessity compared with the larger f2.8 model. With the 70-200 f2.8 VR you could not tripod mount the camera body without heavily stressing the lens mount from the weight of the lens, making tripod collar usage an absolute must. Whilst the Nikon 70-200 f4 is 90g heavier than the Canon version, it still feels light enough that you could use it without the collar for all but professional landscape. 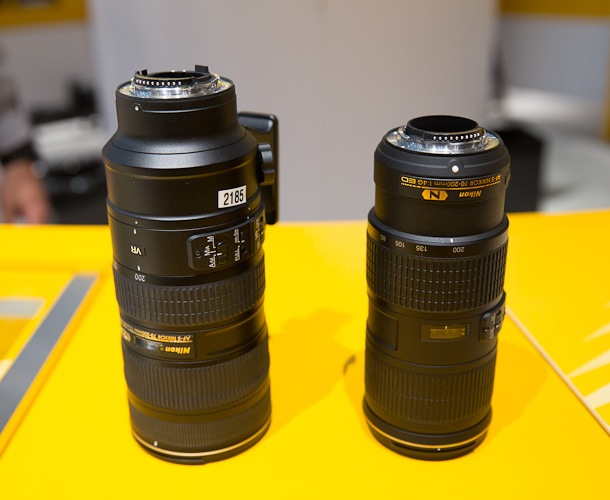 As well as Nano Crystal coated glass to minimize flare and unwanted aberration, the 70-200 f4 VR also features Nikons most powerful stabilization to date with up to 5-stops of Vibration Reduction. In theory this would give you sharp shots in the 1/6 of a second region at 200mm. Whilst I was not able to save any images from the lens, quick testing on a D800 certainly suggested that might be the case, as much as you can judge from the images on the back of a camera. It certainly appears to equal the best in-lens image stabilization I've seen but further testing will be required to determine if it betters it, though things look promising. 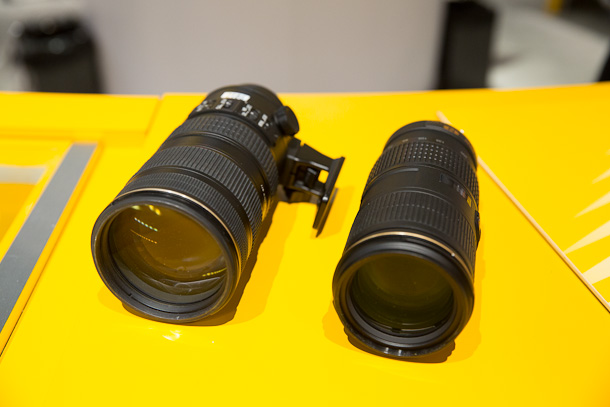 Overall I was mighty impressed with this little lens. It makes a fantastic companion to the small D600 FX camera in particular. Ergonomically that combination seemed just right and provides a powerful, yet lightweight and compact solution.

In an expansion of Nikon's f/4 series of NIKKOR lenses, the AF-S NIKKOR 70-200mm f/4 is an uncompromising telephoto zoom lens ready for real-world creative applications by professionals and enthusiasts including sports, portraiture and wildlife shooting. Smaller and lighter than Nikon's AF-S NIKKOR 70-200 f/2.8 lens, this 70-200mm f/4 lens offers a valuable alternative that maintains the superior image quality and lightning quick performance photographers have come to expect from Nikon.

Additionally, Nikon's newest lens is the first to feature VR image stabilization technology that is able to vastly reduce camera shake and blur by offering the equivalent shutter speed of approximately five stops slower than otherwise possible. Now users are able to shoot confidently in lower light or while handheld to deliver razor sharp images and smooth HD video.

When used alongside the Nikon D4, D800 series and D600 D-SLR cameras, 70-200mm f/4 lens users can take advantage of Nikon professional grade teleconverters to increase the focal length without sacrificing AF and VR abilities. By utilizing the camera's cross-type focus points at f/8 and below, users can effectively double the focal length of this f/4 lens to 400mm and still retain the AF ability to capture clear subjects at an even greater distance.