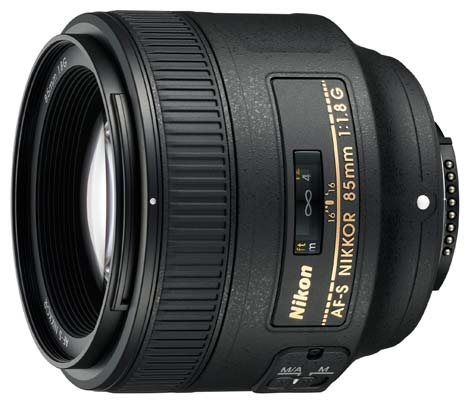 Years ago, I shot Canon. Seems like everyone did, actually, even though there were plenty of Nikon shooters. My first camera was a Canon AE-1. It used something called film. Then my main camera was a Canon A1, and along with a motor drive to shoot a whopping 4 frames a second and a 24mm Vivitar lens, I was set. This was my setup through high school, and for most of my photojournalism studies in college. Sure, I had a zoom I’d use here and there, a 50mm, and so on. But that 24mm got me the best images. As I progressed with my Canon line up in my professional career, going digital in 2001 with the Canon D30, a landmark product in the field of digital photography with a whopping 3.25 megapixels. I continued my quest for premium imagery by moving up to a 20D, then a Canon 5D (first generation) finally settling on a 1D Mark III. Along the way, I realized that my process of just buying mediocre lenses was an impatient and impractical way of working. In the mid to late 2000’s, I finally gave in and bought my first “L” series lens. I can still hear the trumpets playing from when I first opened that box. The 24-70 f/2.8 was a big, heavy meaty lens and I liked it. For me, there was no going back.

So you’re asking yourself, what in the world does this have to do with a Nikon 85mm lens? Well, hang on, I’ll tell you! Now that I was bitten by the pro lens bug, I sold off all my mid-range “so-so” lenses and upgraded. My Canon 1D Mk III now had it’s counterparts: 24-70 f/2.8; 14mm f/2.8; 70-200 f/4; and the mac-daddy of them all, the 85mm f/1.2. Holy crap was this a beautiful lens. And can I tell you – it’s not easy to shoot with. It was like a black hole of glass on my camera and the only way I can describe the imagery taken with this lens is “buttery.” Ok, so flash forward to 2008 and now planning the opening of our retail portrait studio. I was not seeing the image quality I wanted however from the 1D Mk III and there was some focusing issues (widely publicized and discussed on various photography blogs.) I had some other issues with the camera’s workflow and menu system and so I did what any wise photographer would do, I sold it all for Nikon. Yep, the camera, the lenses, and my beloved 85mm f/1.2.

The transition for me from Canon to Nikon was great, buying up for a full frame Nikon D3, which I still shoot with today. The Nikon lens lineup closely matched Canon, so I started with a 24-70 f/2.8 and a 70-200 f/2.8. What was always in the back of my mind however was that 85mm lens. Nikon’s 85mm f/1.4 was nearly $2000, about the same as what I paid for the Canon lens all those years ago. Now however, in one year we had outgrown our retail portrait studio and expanded to a larger and more private location. This new studio which we are still in today, has a dedicated review room with 120″ projection, consult room, and expanded camera room with natural light, perfect for the high ISO range of the Nikon D3 and fast lenses. This new studio of ours also allows me to do my 3D animation work and hold workshops, so it’s an ideal spot. The downside is the high rent, so affording $2000 lenses is not as easy. In the spring of 2012, Nikon released the AF-S NIKKOR 85mm f/1.8G, a fast prime lens, optimized for full frame (FX) Nikon cameras. What’s more, it’s retail price is $499. It took me nearly two months on a waiting list to receive my lens, but the wait was worth it. The combination of its mid-range telephoto design and a fast f/1.8 aperture make it an excellent option for shooting both still images and HD video in low light scenarios. In our studio, I can shoot with available light, wide-open yet still maintain a sharp subject while the background falls into a beautiful blur. This bokeh is something that can give you great dimension in your portraits, especially when printed professionally on a 24×36 canvas or large. The lens boasts Silent Wave Motor technology (AFS) and Internal Focus for fast and quiet autofocus that won’t alter the length of the lens, thus preserving working distance throughout the focus range. The Silent Wave Motor utilizes ultrasonic (inaudible) vibrations instead of a gear system to focus the lens, offering beautifully smooth, silent and accurate autofocus operation. Unlike the Canon 85mm f/1.2L, the Nikon 85mm f/1.8G has a fast focus response, allowing portrait shooters (such as myself) flexibility for both outdoor portraits as well as indoor studio shots. This image was shot at f/1.8, early morning outside our studio. The tonal range achieved allowed me to capture everything I envisioned for this shot, from the lush blades of tall grass, the color in the wildflowers to the vidid colors in the dress, while maintaining balanced skin tones. 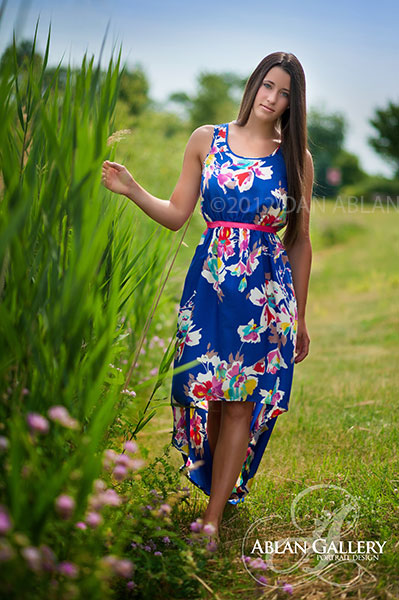 The primary difference between the 85mm f/1.4G Nikon lens and the f/1.8G is $1200. Beyond that, the newer 1.8G is lighter thanks to the plastic housing. Clearly the f/1.4G is still a classic portrait lens and shouldn’t be overlooked. However, as an alternative and additional add on lens, the Nikon f/1.8G is the perfect option. Nikon’s Super Integrated Coating (SIC) is a multi-layer lens coating that improves light transmission, provides better color consistency, and minimizes ghost and flare to a negligible level. 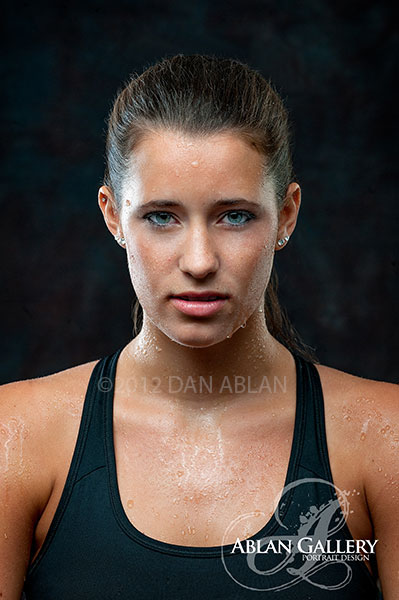 I was excited to try this lens, and expected some good results. The images however from the 85 f/1.8G are beyond my expectations and I couldn’t be happier. At $499 this is one of the smarter purchases I’ve made in a long time.