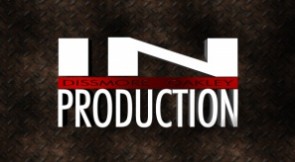 “When you look around online, you seem to be able to find a lot of folks involved in independent film, or various types of passion projects.” remarked Oakley, “That’s great, but what you don’t find is very much content reflective of the kinds of practical discussions real working pros might have when they get together, say, at a trade show.”

Dissmore echoed Oakley’s sentiments. “We’re basically hired guns. We have to satisfy clients. We produce video projects on limited budgets and tight deadlines, and we’ve each been doing it a long time. We bring our unique perspective as seasoned production guys who are also small business owners.”

“In Production” is a joint project of Dissmore and Oakley, who are long standing colleagues within the International Media Users Group (IMUG) community. “We’ve known each other for a long time, but never actually worked together until now” remarked Dissmore, “The basic premise of this show is two working video pros talking shop.” Oakley continues: “At the end of the day, what you really need is the hands-on practical knowledge of how things get done. That’s what this is about…real life production. Sure’s it’s laced with our opinions, that’s kind of the point. We hope our audience can pick up nuggets along the way that they can put to use in their own production work.”

“For our first series, we decided to go with the topic of color grading, as it continues to surge in popularity and importance.” said Dissmore, “A significant development on that front is the killing of Apple Color. Both Steve and I have replaced Color with DaVinci Resolve in our workflows. But…we also use a variety of other color tools, as appropriate to the task at hand. That’s one of the things we talk about on the show.”

The first series: “In Production: DaVinci Resolve” releases today. Over the course of six episodes, Dissmore and Oakley discuss the topic of color grading and discuss a range of tools and techniques in addition to specifics about DaVinci Resolve. The first two episodes debut today, with additional episodes released weekly.

“In Production” can be found by visiting either of its hosts industry-focused blogs at http://CareyDissmore.com and http://SteveOakley.net. This series is underwritten in part by Blackmagic Design.

Carey Dissmore is a television and media production professional with 26 years in the business. His work spans the broadcast news, entertainment, advertising, documentary and corporate ranges. He is an editor, motion graphics designer and colorist, although he’s known to occasionally pick up the camera. He uses an enormous number of tools but the biggies are Premiere Pro, Final Cut Pro, & After Effects. In 2011 he added DaVinci Resolve as a replacement for Apple Color. Carey recently completed shows for Food Network and Spike TV, a series of corporate image pieces, and several broadcast spots.

Carey founded the International Media Users Group (IMUG) and the MediaMotion Ball http:// www.mediamotionball.com/ at NAB, establishing it as a strong user community event that has been running since 1998. Carey is principal of Carey Dissmore Productions, Inc., based in Minneapolis, MN. http:// www.dissmore.com/

Steve Oakley is a principal in Logix Media and founder of Practical Illusions. He’s been involved in production for over 25 years. He initially started in the business as a photographer and moved into DP’ing film and video productions early in his career. This led to learning how to edit on videotape in the late 1980’s. When NLE’s became practical around 1997 Steve was an early adopter of Media 100. A few years later he was an early adopter of Final Cut Pro. It was during this time he began to provide on-site service and consulting to other production businesses large and small including MTV NYC. He also provided training and presented at trade shows doing demos for many well-known video industry applications. These included Final Cut Pro, Combustion, After Effects and Boris RED amongst others. Steve demoed these products at NAB, DVexpo, SIGGRAPH and other trade shows.

Over the last several years he has grown his production operation into a new location with 4 people and doubled its floor space. This new location serves a wide range of local and national clients. This expansion has been driven by more opportunities that have opened up thanks to the internet and the demand for video and interactive experiences. This has allowed more creative freedom, but has required learning even more new tools and technologies needed to deliver online experiences.