Edelkrone introduced and updated some of its products, presenting some interesting, at least on paper, solutions for videographers and photographers who carry their gear around. 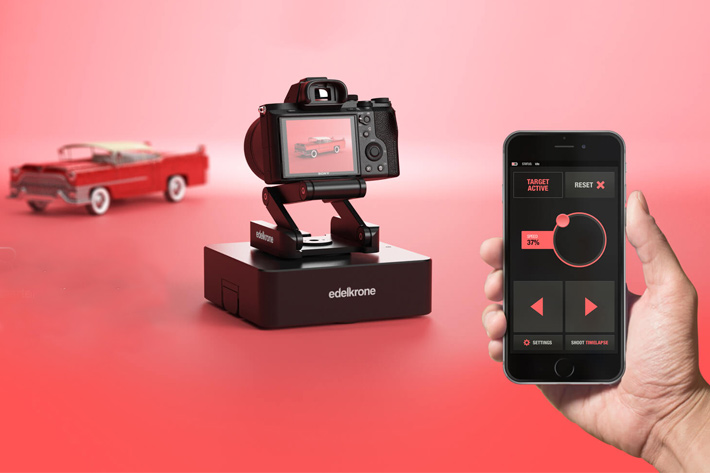 Presented as the world’s smallest 2-axis motion control system, the SurfaceOne, which pairs well with the FlexTilt Head 2 from Edelkrone, promises to make the creation of straight or curved (targeted) panning shots an easy task. Edelkrone says the new product allows to rapidly set up the subject, simply by targeting it from two different angles. When it is done, you’ve a perfect 360 degrees track around the subject, with “no measuring, no trials and errors”.

A new app for your smartphone allows absolute control of the features, according to Edelkrone. The system, still following the information available, offers enhanced time-lapse features and can be used to target any object at any distance, as long as you’ve a smooth and flat surface. According to Edelkrone, the SurfaceOne will also be controllable through an Apple watch, an upcoming feature. 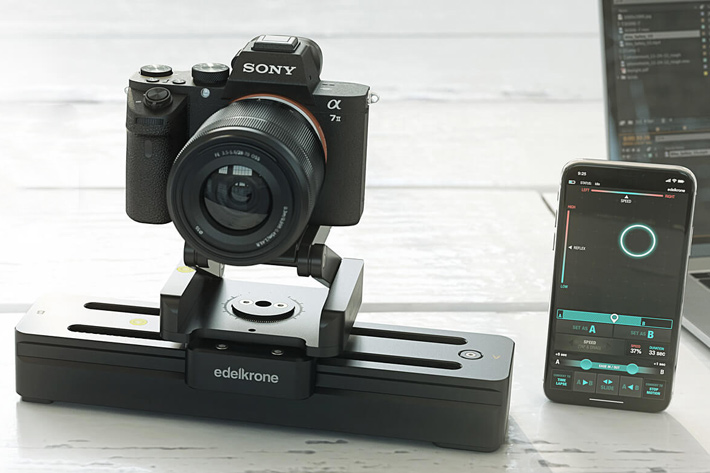 The new SliderOne Pro is based on the original, but has a few differences, starting with the fact that it now offers and extra 2 inches or 5 cm of camera motion and ending in the fact that the motion module is now built-in. A powerful coreless DC motor, allowing for better control of the whole unit is present, yet the SliderOne Pro features a thinner unified body and is lighter than the previous SliderOne with motion module.

With increased incline capacity and, again, the suggestion that the FlexTilt Head 2 is an accessory to have around, the new product also depends on the new app for control. Edelkrone says the new app offers never-before-seen motion time-lapse features and allows for unprecedented control over slide motion without making it time consuming. Apple watch support is an upcoming feature, again. 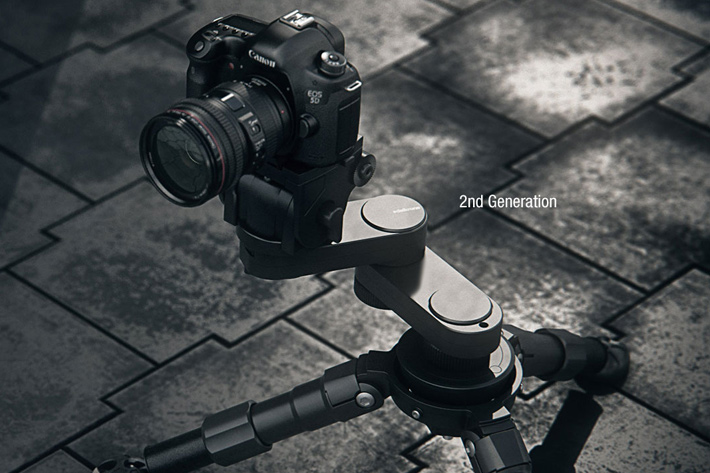 The second product updated is the Wing, a system whose first generation I’ve used for a while. The Wing is a nice slider solution for traveling, but it is, in fact, not as easy to use as first suggested, and Edelkrone was/is aware of the fact. So they introduced the second generation, which is the first to use SteadyMove technology, offering, says Edelkrone, silky smooth manual slides even at ultra low speeds (as in macro videography).

The presentation video mentions the system allows to reduce/correct the “little mistakes” made by the user, through the use of fluid dynamics to dampen the movement. If it works, it’s an interesting advancement, and one I wish could be implemented in the original Wing. The Wing Pro, for heavier cameras, is able to accept a camera load up to 48 lb /21.7 kg) and offers, as the Wing, a total of 1.3 ft (40cm) camera motion in a package that weighs 4.4 lb /2 kg) and has compact dimensions of 7.2 x 2.75 x 4 in (184 x 70 x 102 mm). 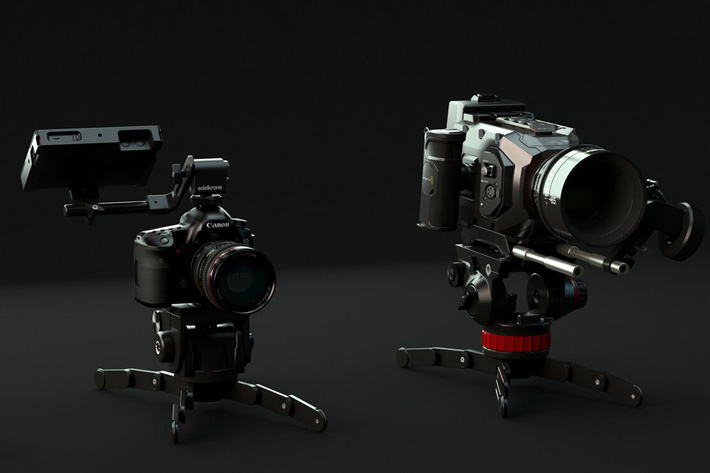 The StandOne is the newest addition to camera support products from Edelkrone. It’s a four legged foldable tripod able to support up to 15 lb (6.8 kg), ideal for table-top and low shots and usable in different conditions, thanks to the 4 separately adjustable legs. The StandOne can be used as a base for either the SliderOne Pro or the Wing and transforms any tripod head in a stand-alone support, extending the options when in the field. The StandOne weighs only 1 lb and fits almost anywhere in a bag.

Visit Edelkrone’s website for more information on these products, available in time for Christmas. 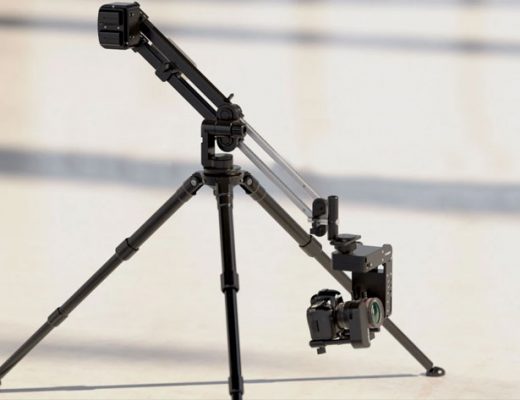