Shipping this May, the NuGaming Pro 3e are the first ever AR smart glasses that are 5G ready, offering a huge screen and truly plug and play to multiple devices, and it also works with computers. 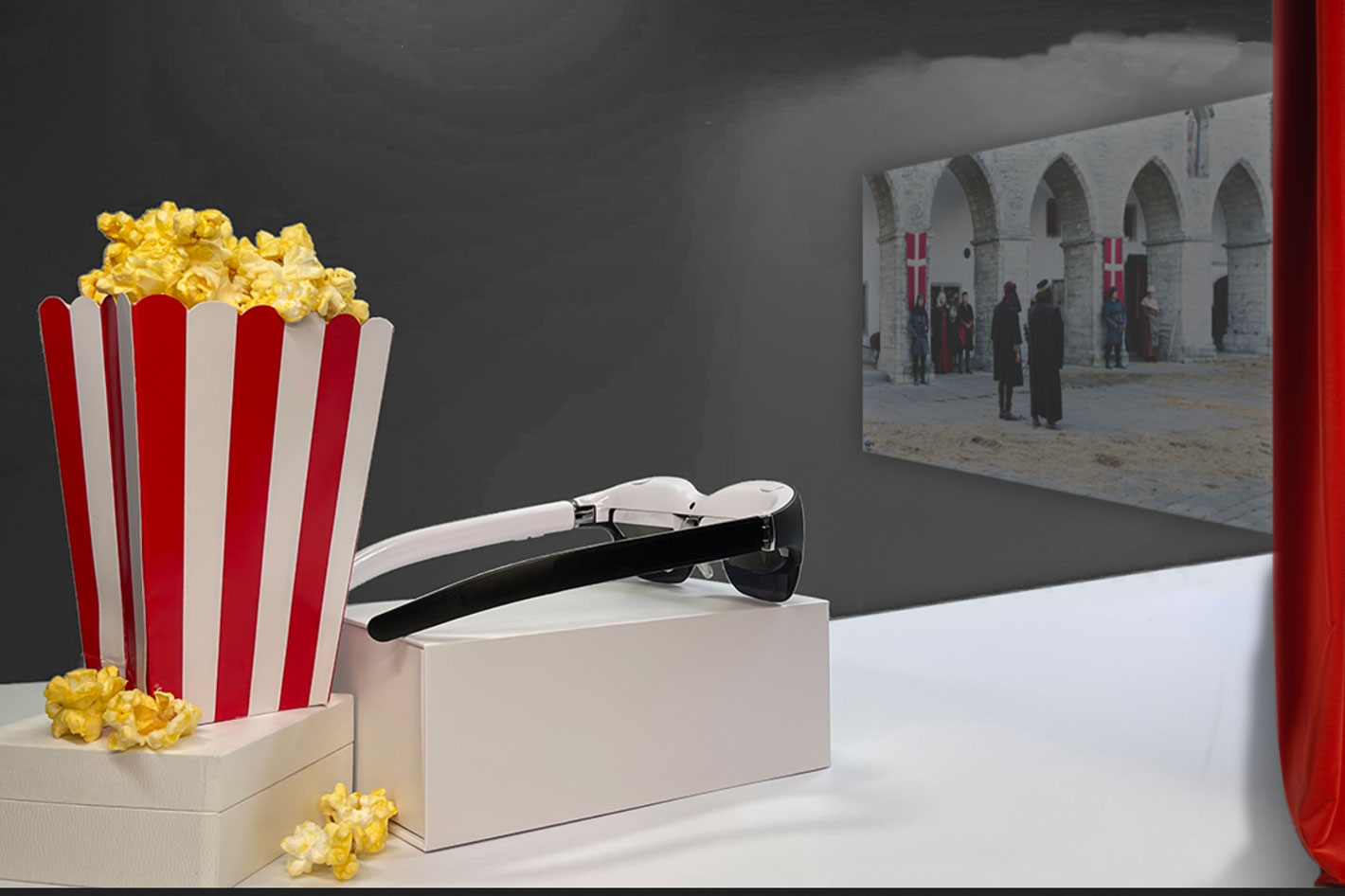 It’s mostly announced as a product for gamers, but it really goes beyond that. The new NuGaming Pro 3e glasses are a 148-inch portable screen for watching TV, movies or any other type of content.

Now available, priced at $699, the NuGaming Pro 3e were first announced in April, when NuEyes, a pioneer in the field of augmented reality smart glass technology, announced the new product. NuEyes is a veteran owned smart glass technology company based in Orange County, California that was launched in January 2016 to assist those with eye conditions such as macular degeneration, glaucoma, and retinitis pigmentosa.

Over the past 5 years, the company has seen extensive sales growth and has expanded its product offerings into the enterprise, gaming, and entertainment space. The Pro 3e smart is set to target the “light” enterprise customers as well as the gaming and entertainment space. The Pro 3e offers, says the company, best in class features such as overall weight at 68 grams, 148” viewing screen in full 1080p HD, volume and brightness control on the frames of the glasses as well as being the first AR smart glasses to have a stylish “glasses” look and feel. The Pro 3e are also the first pair of AR smart glasses that are 5G ready and are the only smart glasses that are truly plug and play via its Type C plug to smart devices like the Samsung S20. 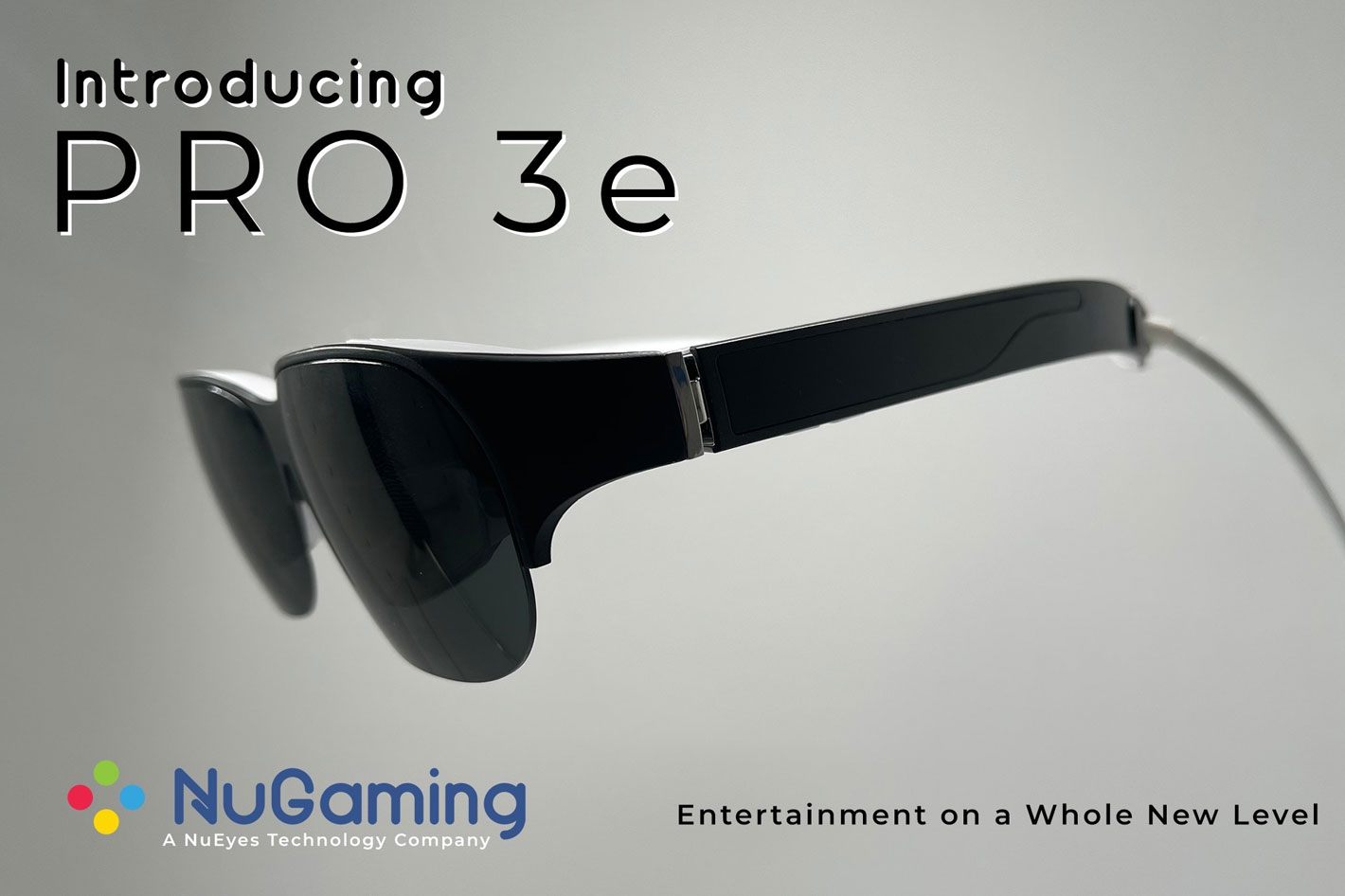 “As an avid gamer the Pro 3e has been a joy to bring to market” said Mark Greget founder and CEO of NuEyes, adding “there are so many great cloud based streaming services now, and to be able to tether my controller to my phone or tablet and stream games in 5G while enjoying the content on a crisp 148” viewing screen in full 1080p HD vs a smaller 8inch or 10inch screen or a cumbersome VR device is the next evolution in technology for this space.”

The invitation is clear and is not just about games: enjoy your streaming services anywhere on a 148-inch HD screen! Take your home theater experience to the next level with the Pro 3e. The new NuEyes Pro 3e glasses are yet another pair of glasses that promise users a new way to watch content – like the Panasonic prototype showed at CES 2020 – be it while tethered to a computer or a smartphone. It’s not always easy to pick one “best” product in this category, but it is interesting to keep tabs on what’s being developed, because it shows where the industry is going. 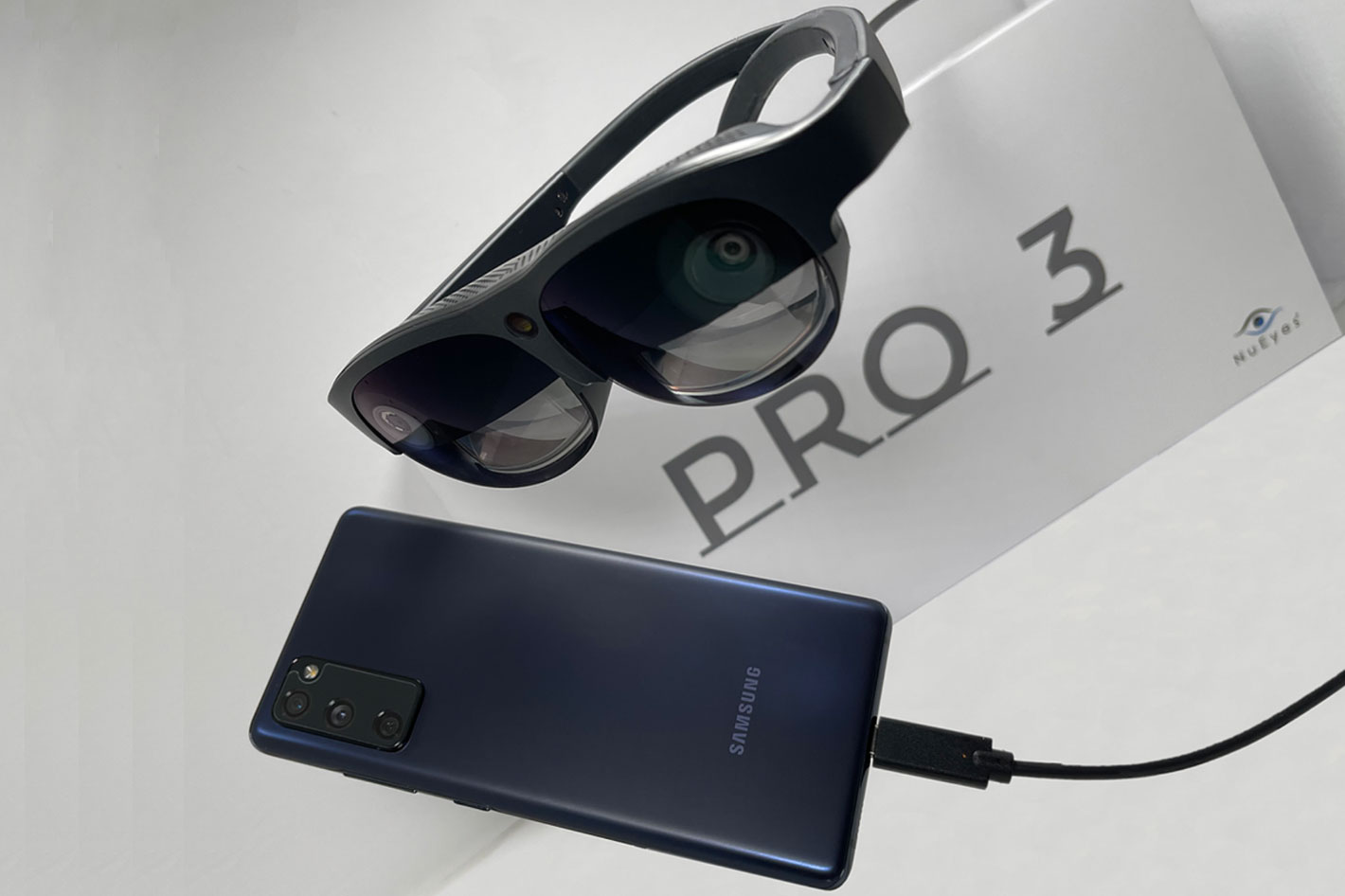 The NuGaming Pro 3e only offers 1080p HD, so this may be a non-starter for some users. But if you’re willing to trade screen dimension for resolution, NuEyes has an enterprise version, the Pro 3, which delivers, says the company, “unparalleled clarity with 4K displays” but on what NuEyes says is “an ultra-wide 51-degree field of view”. The tethered NuEyes Pro 3 product line weighs only 88g and comes in three versions, the first of which is tethered to a proprietary controller with dual 6DoF cameras and a forward-facing 20MP RGB Camera. Its robust SDK includes: SLAM, object, speech, and gesture recognition, as well as plane detection.

The second version (Pro 3-C) boasts a 5MP RGB camera with a USB type C plug that easily connects to any smart device that renders video via a display port. The Pro 3 C connects and displays images in 2D and 3D on most Android phones and tablets, iPads, MacBook’s, and Microsoft’s Surface Book 2. The third version of the Pro 3 is geared around Thermal Imaging for enterprise needs.

Now the company introduces the NuGaming Pro 3e smart glasses, which are presented as a solution for entertainment, production and gaming. Whether you want to break free from your TV and watch your content anywhere, view games on a huge screen or work on the go in full view with your mobile phone, tablet, or laptop, the NuGaming Pro 3e is presented as a viable solution. With foldable arms, adjustable IPD and an overall weight of 68 grams, this is not intended as an alternative to Virtual Reality, but for movie watching it is a less cumbersome pair of glasses, if you’re willing to pay the price.

Featuring HDR, 2.6K micro-OLED panels for each eye, the VR Glasses from Panasonic are the world’s first HDR capable... 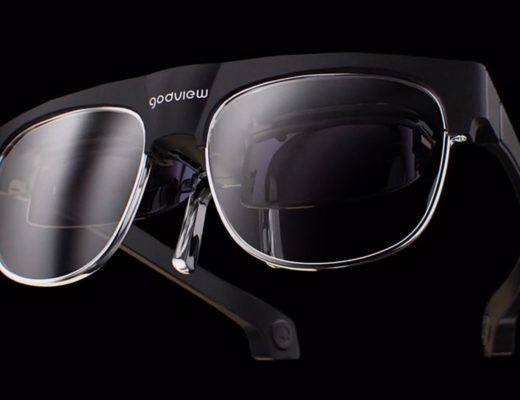 What features a 300-inch virtual screen, weighs only 55g and can be connected to anything from your smartphone to... 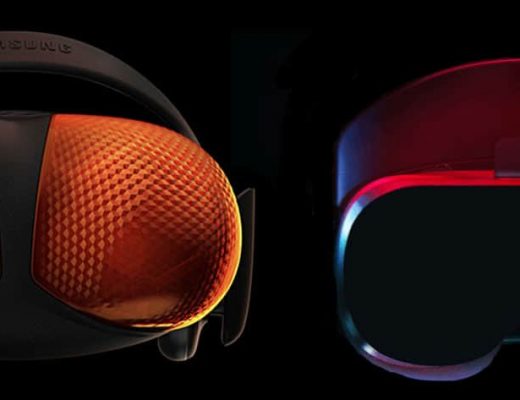 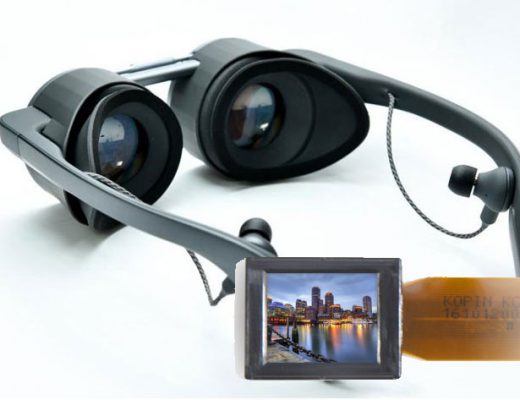