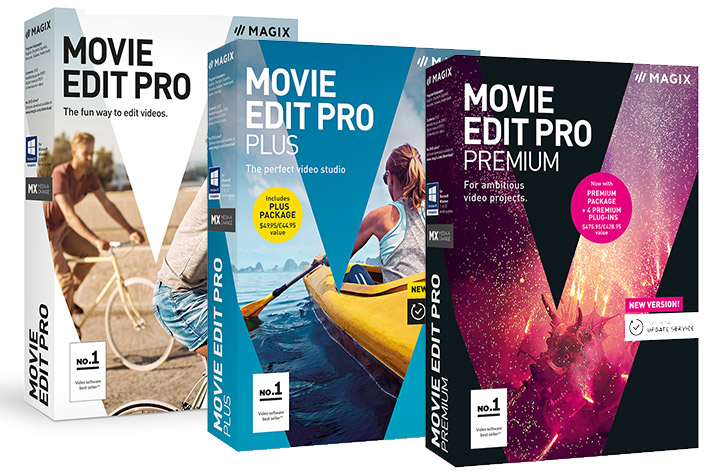 A smoother display for up to 4K resolution and video editing that is 5x faster are some of the features of the new version of MAGIX’s Movie Edit Pro.

The brand new version of Movie Edit Pro represents a new way forward, as MAGIX intends this to be an ongoing collaboration with customers, with forthcoming updates to the program reflecting different features requested and that will be introduced. In fact, the company announced that “with the purchase of the latest Movie Edit Pro version, users will also receive forthcoming feature updates for free” and continued saying that one of the new features available in November offers users “total freedom in the Timeline “ as “tracks can be customized to the user’s needs at any time, enabling a simpler, more flexible video editing workflow. Another feature to be released in November designed in line with customer feedback is the chroma keying feature, which is now significantly more user-friendly.”

The version now launched and already available to download, includes the faster video editing, one of the features users requested the most. MAGIX says that the activation of INTEL GPU hardware acceleration allowed the program to run faster, even when editing hi-resolution material up to 4K, which now plays smoothly on your preview monitor.

The collection of effects is also expanded, with up to 1,500 effects available. Intros/outros, transitions, film templates and now soundtracks are available to users in a quantity and quality that’s never been seen before. In the new Movie Edit Pro Store, users can expand  their selection of effects already available in the program. The effects areas itself has been redesigned in an aesthetically pleasing, clearly laid-out tile format. All effects can be accessed with a single click, making video editing even easier and faster than ever before. A coupon worth up to € 49,95 / $49.95 / £39.95 in value for five effects is included in Plus and Premium program versions. 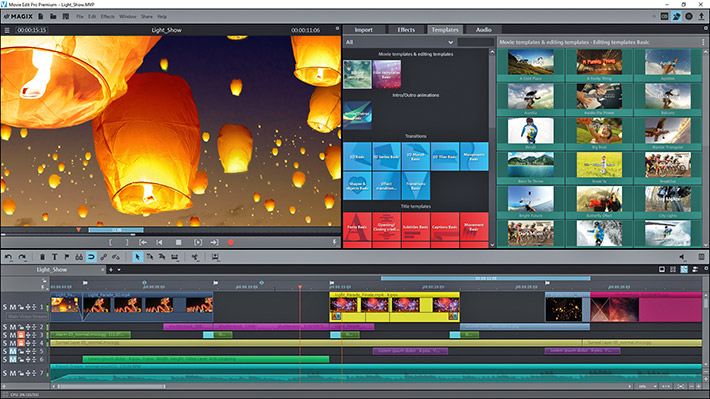 Users of Movie Edit Pro can now work with 4 of the most-requested plug-ins: NewBlue ColorFast 2, NewBlue Elements Overlay, iZotope RX Elements & HitFilm Movie Essentials. The latest effect plug-ins are included in the Premium version and are available in the two other versions at a special price. Also included are picture-in-picture effects, split screens, high-quality sound optimization and original film effects.

Movie Edit Pro could not escape the fascination for 360 video, so the program now also provides a unique and complete solution for optimizing 360° recordings. The latest features such as 360° stitching and 360° perspective rotation complete the comprehensive set of 360° features with 360° effects and 360° to 2D cutout animation.

The new version of Movie Edit Pro is now available online and in stores worldwide, with three different versions to choose from:

Follow the link for more information about the new Non-Linear Editor Movie Edit Pro from MAGIX.