Netflix spatial audio helps to translate the cinematic experience of immersive audio to any stereo, so the work creators do to bring you into the story happens no matter what device you use to watch Netflix. 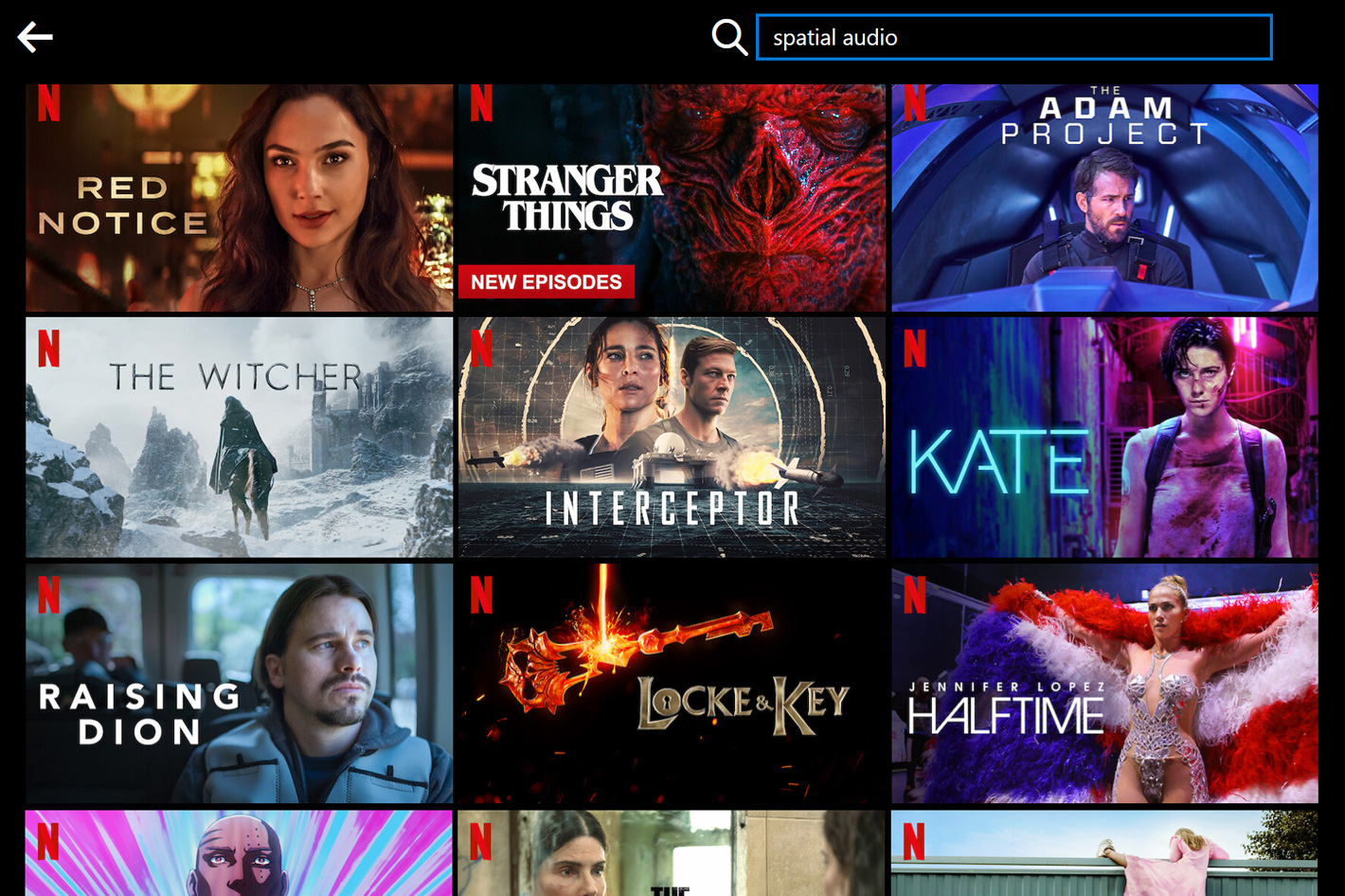 Starting with 23 titles, from Stranger Things season 4 to The Witcher, Netflix members who normally receive stereo will automatically have an improved audio experience with Spatial Audio.

Spatial Audio has arrived on Netflix. The OTT provider is the world’s first to offer AMBEO 2-Channel Spatial Audio to its customers. The company has started adding the feature across its catalog and you can hear it for yourself by typing “spatial audio” into the search bar and selecting a show or film that supports it in the search results. Now, 23 titles offer a renewed magical combination of sight and sound  that will bring viewers closer to the story, and Netflix says it is excited “to add this capability to other features we support like 4K, HDR, Dolby Atmos, and Netflix Calibrated Mode.”

Spatial Audio means immersive audio for all. Drawing on Sennheiser’s decades of research and innovation, AMBEO 2-Channel Spatial Audio provides an immersive experience far beyond what standard two-channel systems normally deliver. Compatible with any stereo system, it unleashes immersive audio for a larger audience than ever previously possible. During development, Sennheiser worked with Netflix and other industry partners to fine-tune the system, which is now available to license from Sennheiser.

Often, the subtlety of sound goes unnoticed, but it can have a profound impact on the atmosphere of a scene and fundamentally change the audience’s response. Some of the most iconic moments in TV and film are defined by the immersive moments they create through sound. Without its excellent sound design, would the final fight scene in The Adam Project be as electric? Would Eddie Munson’s epic guitar scene in Stranger Things 4 bring the ǝpᴉsdn uʍop to life the same way? 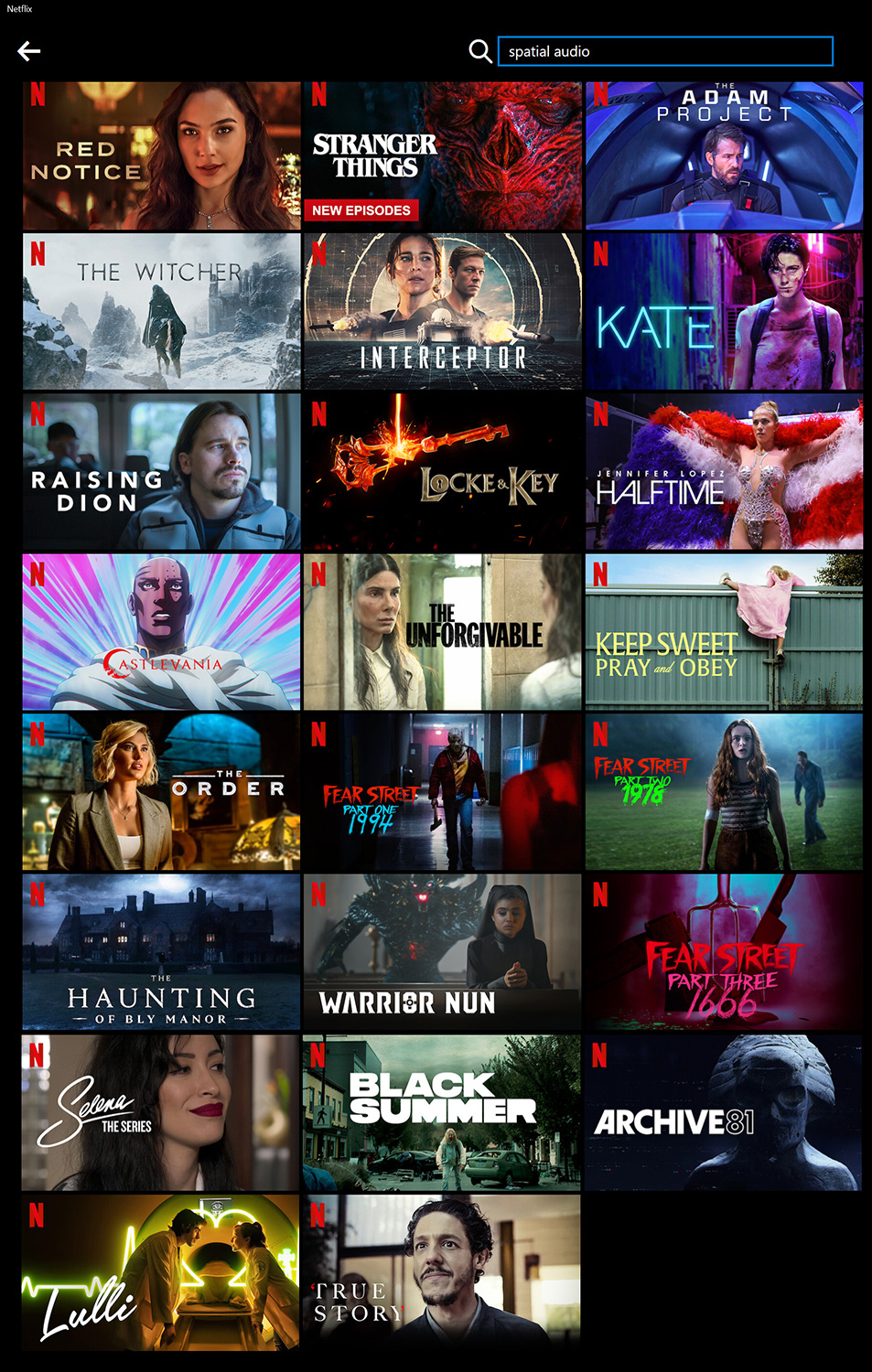 Sennheiser is aware that while more and more content is being produced in immersive formats like Dolby Atmos or MPEG-H Audio, the majority of users still only experience stereo. That’s the reason why the company developed AMBEO 2-Channel Spatial Audio, which translates an original immersive mix into two channels of audio that deliver a spatial experience far beyond stereo. It transforms any stereo speakers or headphones into an enhanced spatial experience, no end-user upgrades required.

Surveys among viewers have shown that OTT customers often access content with standard stereo equipment – be it on a mobile while traveling, when casually watching via a tablet, or because the home listening space does not allow for a full surround sound set-up. While in the past these viewers were unable to benefit from the growing amount of music and films produced in Dolby Atmos or MPEG-H Audio, the AMBEO 2-Channel Spatial Audio feature has now changed this.

A perfect format on ‘Stranger Things’

“I’m a huge fan of AMBEO, said Mark Paterson, Re-Recording Mixer, Stranger Things Season 4, adding “I experimented with it a lot on the ‘Fear Street’ movies and was impressed with how the surround channel information was represented. I’m always looking for ways to get that Cinematic sound at home and on ‘The Adam Project’ I was able to make the mix sound really immersive on everything from high end soundbars to iPhones which I believe helps the audience connect more emotionally. It’s been a perfect format on ‘Stranger Things’. In the Atmos mix, Vecna’s voice wraps around you which is an important part of making him scary and larger than life. The fact that AMBEO is able to help recreate that in stereo is very impressive to me.”

Sennheiser notes that “AMBEO 2-Channel Spatial Audio is not another mix. Instead, it is created from open, industry-standard deliverables, like ADM or IAB files. The renderer easily fits into standard encoding pipelines. It outputs a standard two-channel audio file that can be delivered as a drop-in replacement for stereo” but, the company continues, “While AMBEO 2-Channel Spatial Audio is not a separate mix, creators still have granular control over spatialization. Mixers can define the amount of AMBEO processing for each group separately. Re-recording mixers can dial-in the desired amount of processing, from standard stereo mixdown up to full AMBEO effect and anywhere in-between. Dialog can be left untouched, while maximum spatialization can be applied to ambience and sound effects.” 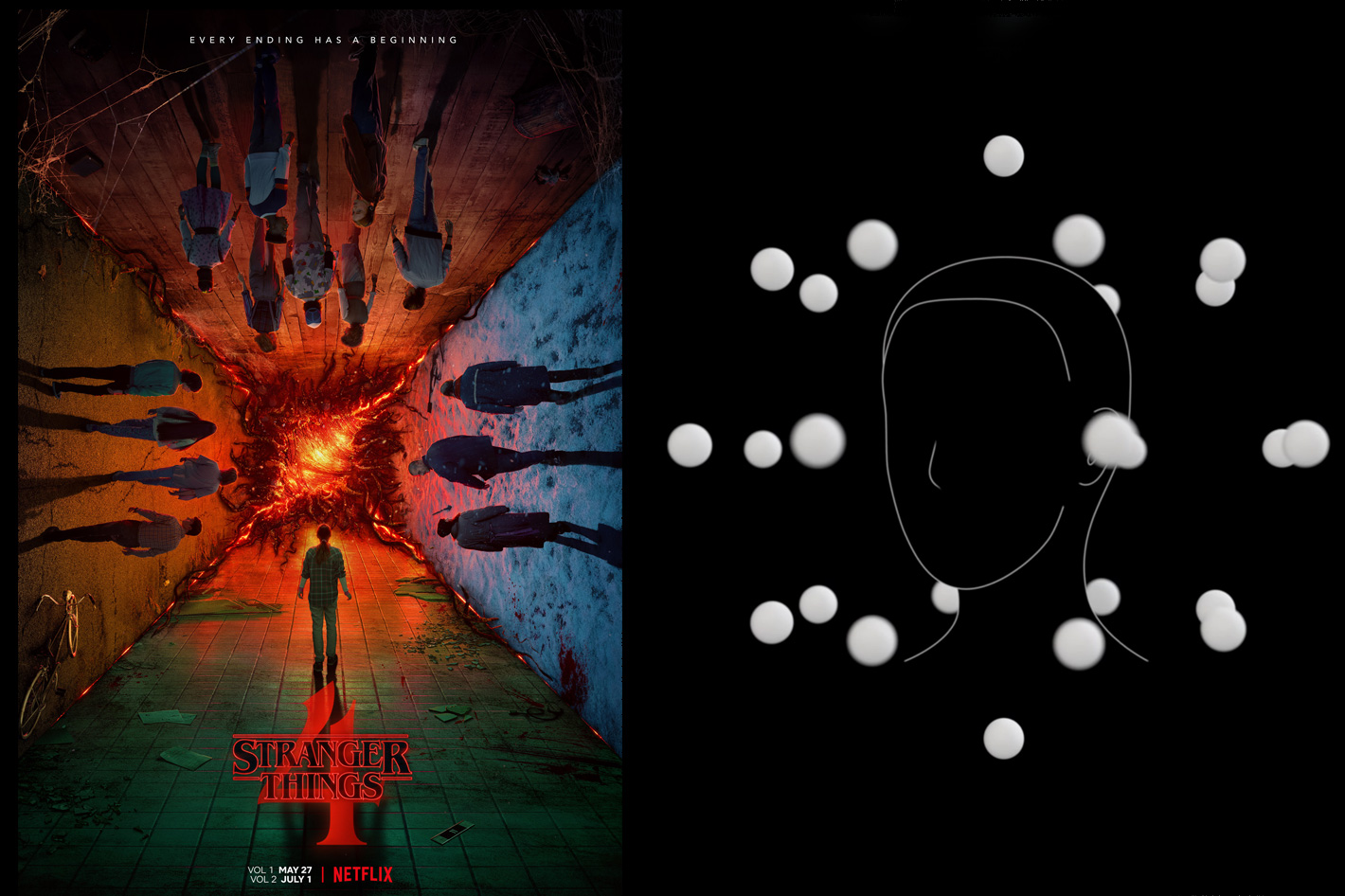 New audio reality accessible to everyone

If you want to try the technology, remember that some televisions default to a 5.1 audio output setting which will disable spatial audio. If your equipment does not have surround sound speakers, it is recommended to change your device’s settings to stereo audio. Netflix says that “If you need help updating this setting, contact your device manufacturer” adding “If you do not have surround sound speakers, spatial audio is enabled automatically when watching a compatible TV show or movie using stereo audio.”

Spatial audio enhances stereo audio on compatible titles. Netflix says that “If you see surround sound icons such as  or  next to the title’s description, spatial audio will not be enabled because your device is requesting 5.1 or Atmos. Not all titles or every season of TV shows are available with spatial audio. For a list of compatible titles, enter ‘Spatial Audio’ in the Netflix search bar. Unsupported titles will play using standard stereo audio.”

“Sennheiser firmly believes in the immersive future of audio,” says Dr Renato Pellegrini of Sennheiser’s AMBEO team. “Creators all over the globe have been using our tools to create outstanding immersive works, pushing the boundaries of music and film production. With AMBEO 2-Channel Spatial Audio, we are now taking the next step – making this new audio reality accessible to everyone.” 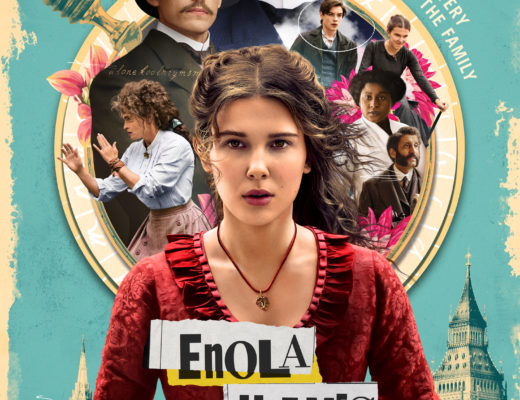