Designed to fit airline specifications for carry-on luggage for easy transport, the Navatics MITO is really at home underwater, used to capture 4K UHD video and photography of marine life. 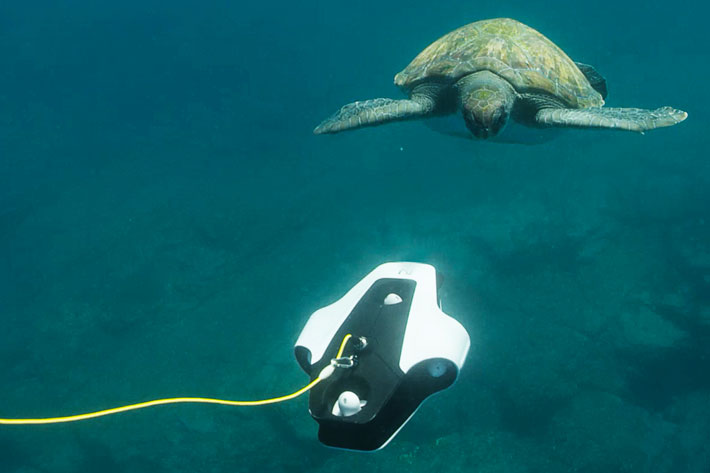 The Navatics MITO underwater drone will start shipping in March 2019, and is now available at an early price of $1,499. It promises aquatic videography for all, in a project funded on Kickstarter in five hours.

On show at CES 2019, the Navatics MITO, a remotely operated underwater vehicle (ROV) equipped with advanced active stabilization technology that provides new levels of underwater video steadiness in an affordable, 7.6 lbs. underwater drone, will start shipping in March 2019. Navatics, a company  specialized in underwater robotics, announced at the event that its drone, now on pre-order for an early price of $1,499, offers aquatic videography for all.

The underwater drone can record 4K UHD video at 30 fps and capture 12MP still images. A 64GB Micro SD card is used for storage, and the drone is piloted by a remote controller which also has a grip for a smartphone. Through the accompanying mobile app available for both iOS and Android, users have the flexibility to stream video up to 500 meters (1,640 ft.) away at 1080p 30 fps resolution. In addition, the app has built-in tools for color correction. 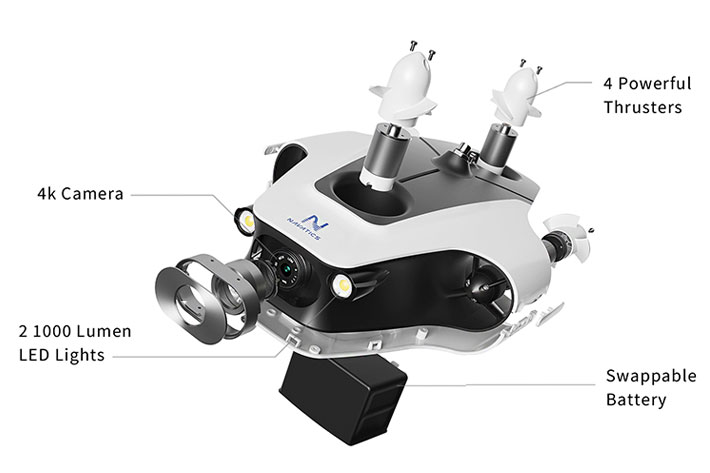 The MITO was crowdfunded through a successful Kickstarter campaign ProVideo Coalition mentioned last Summer. The team then moved to testing and perfecting the Navatics MITO’s technology, and CES 2019 was used to show the underwater drone, as the company prepares to ship units to campaign contributors and pre-order backers at the end of Q1 of this year.

“After we received so much support through our crowdfunding and pre-sale campaigns, we’ve been dedicated to finalizing Navatics MITO and getting it in the hands of explorers, photographers, videographers, and enthusiasts as soon as possible,” said Andreas Widy, CEO of Navatics. “We are extremely proud of the final product created and guarantee that the underwater drone will wow users with its ability to maneuver with maximum stability to capture and stream high-quality video without limitation.” 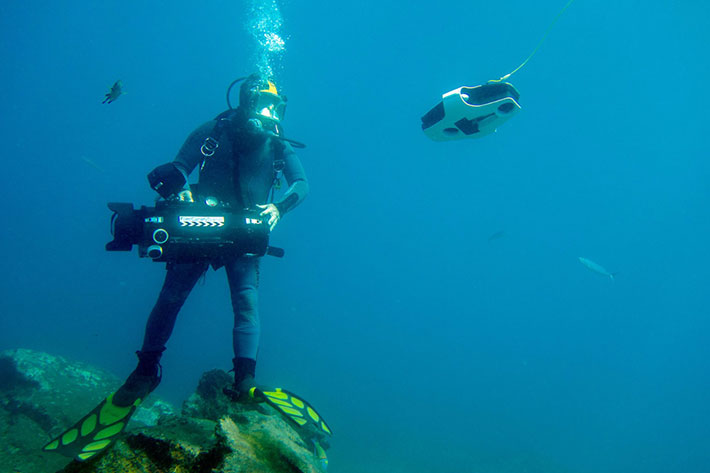 Designed to be easy to transport, it fits, as mentioned above, airline specifications for carry-on luggage. The MITO is also highly maneuverable in any corner of the ocean, an essential feature in a market where the demand for underwater drones is growing rapidly. In the same way that aerial drones demonstrate a unique perspective from the air, underwater drones open a new frontier below the water level. From hobbyists to industries as diving or fishing, underwater drones are becoming an essential tool. Adventurers, conservationists or videographers also want to use the new tools made available for a different view of marine life. 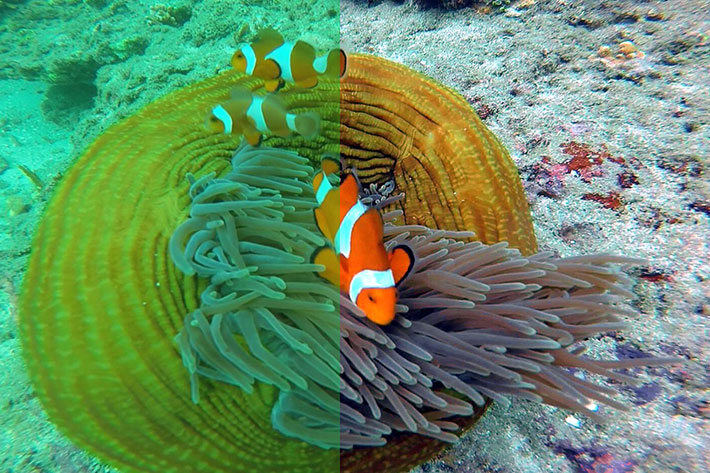 Able to explore depths of up to 130 ft (40 m), the Navatics MITO is attached to a floating tether to transmit controls precisely and accurately to the drone deep underwater, where normal wireless controller signals can’t reach.  Leveraging Navatics’ advanced active stabilization algorithm, Navatics MITO stands out with its ability to “hover” and keep its orientation even in complex underwater currents for up to four hours. Its unprecedented, patented four thrusters make it, says the company, “highly stable and maneuverable vertically underwater, capturing clear footage without any distortion.” 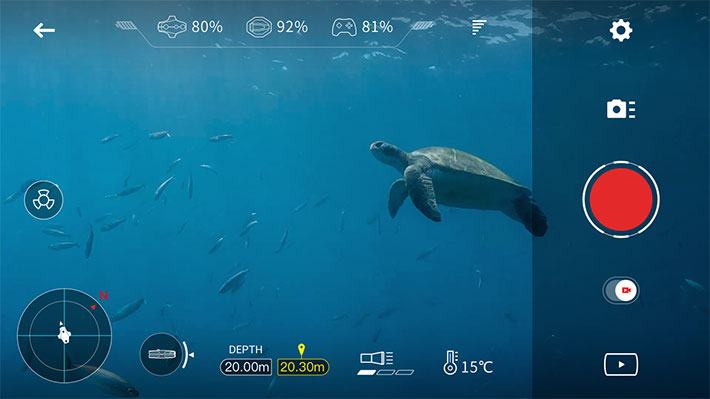 The Navatics MITO is also the first consumer-grade ROV with an adjustable tilt lock, which gives great flexibility to its camera angle and movement. It can tilt up and down to 45-degree angles while maintaining its depth, heading and orientation at speeds of up to two meters per second (around 3.8 knots). Two 1000 lumen LED lights also give excellent vision and illumination underwater, providing better colors on video and images. 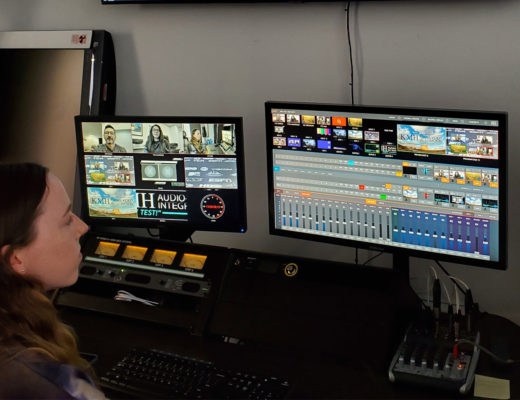