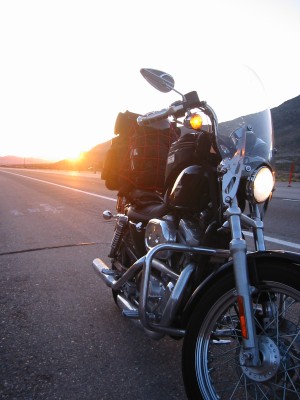 Every year for the past 11 years or so, I have made the trek to NAB. For several years, myself and a couple of friends/co-workers used the trip as an opportunity to ride our motorcycles from San Francisco to Vegas. Nice ride, and something to look forward to every year.

Despite having to pack intelligently for a motorcycle ride, but remembering to pack, suits, shoes, etc for the show, I always ended up coming back from NAB with more than when I left. You see, I’m a bag person. “Hello my name is Scott, and I have a problem”. There’s something about the ability to pack my expensive gear, neatly, safely, and oh yeah, stylishly. Folks who know me, know I will usually return home from NAB with at least one Porta Brace, Kata or other such bag. That of course always made the ride home an exercise in packing proficiently.

Why would a reasonably bright person buy products, then attempt a cross country trek on a motorcycle? Because you can get some incredible bargains at the show. No, I’m not talking about buying a new switcher for your studio (although they’d be happy to take your oder). Instead, I’m talking about walking up to a booth and asking them if they’re selling their monitor they’re using for the show on the last day of the event. I’d suggest walking up to Kata and Porta Brace, but you’ll have to race me to their booths so don’t even bother. 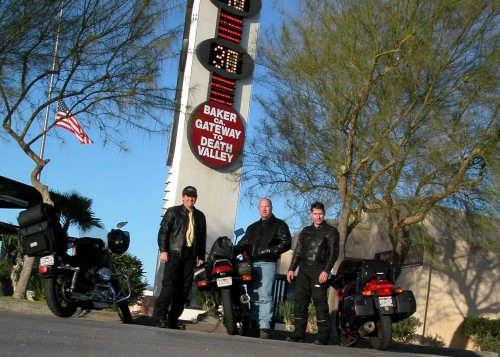 You see, what I do every year is think about what I’d really like to get a screaming deal on, then find the booth and convince them to sell the show floor demo at a great price. The argument is simple for them, after a week long event on their feet, dealing with Vegas, cabs, and crowds, they want to go home. Exhibitors aren’t allowed to pack until the show floor closes on the last day, and they usually have a plane to catch. Do they want to pack that monitor, bag, tripod, and then have to fill out the GES forms and more, to get it shipped home (and pay for shipping of course). You see, this is a great opportunity to grab a deal.

First day of the show, pick out what you like and simply ask if they’re selling at the end of the show. But remember, Porta Brace is off limits until I’ve had my pick!