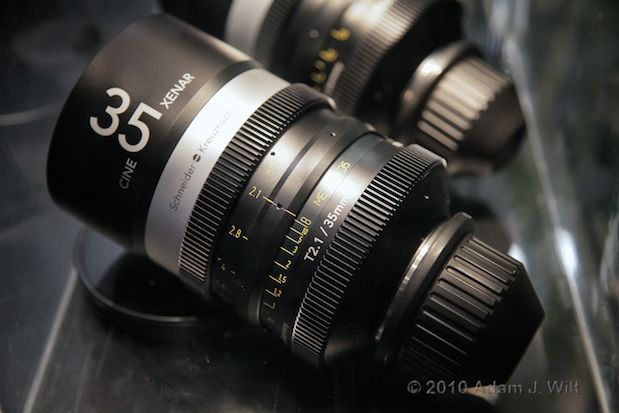 Band Pro had these Cine Xenars on display, next to the new Summicrons. Like the Zeiss Compact Primes, the Xenars are low-cost (by cine standards) cine lenses with differing maximum apertures. A set of five Xenars, from 25mm to 95mm, will set you back €15,000. 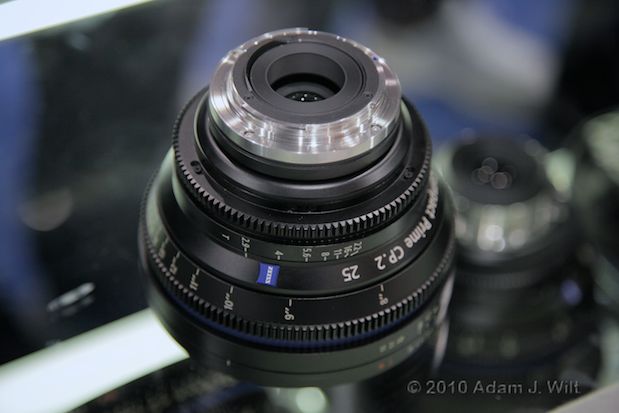 Those same Compact Primes are now made in an interchangeable-mount system, with the Canon EF mount provided for use on Canon DSLRs. 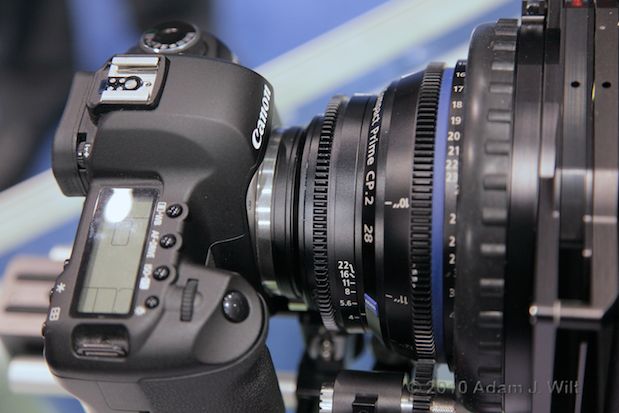 The CP.2 lenses work on unmodified Canon cameras, bringing the benefits of cine-style operations to Canons just as they do to PL-mount cine cameras. 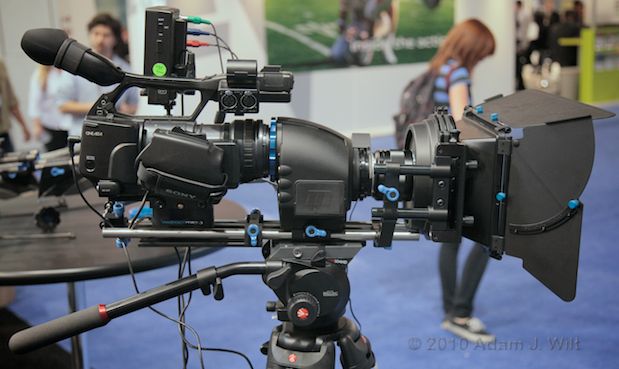 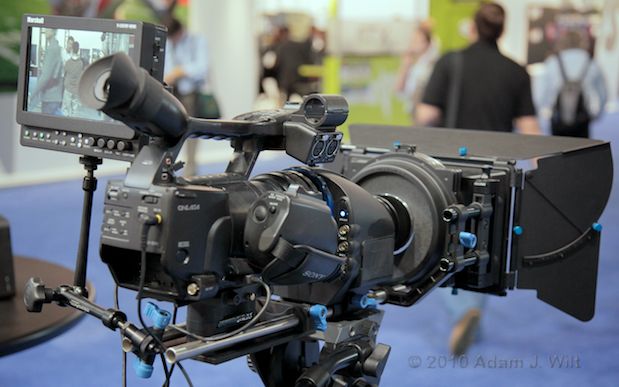 Yet even with all the hoopla about shooting large-format images on DSLRs, Redrock Micro still brought this relay-lens adapter for making shallow depth-of-field images with a traditional video camera. 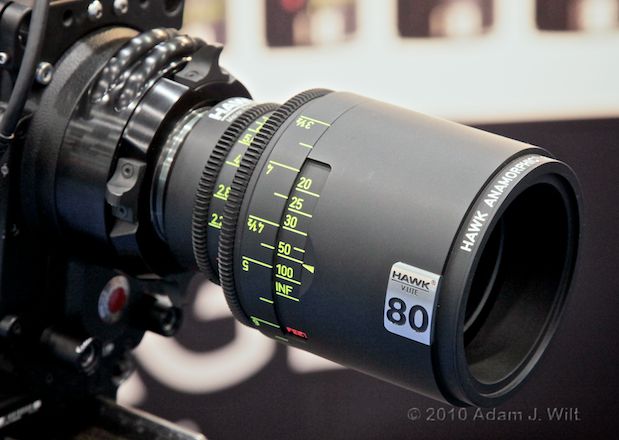 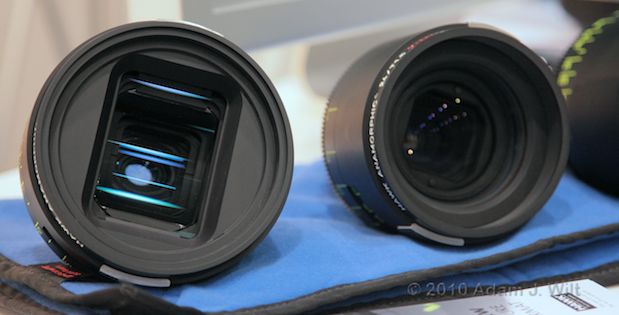